Selukhaan was one of the last blades forged by Ultus. It was made for Mar'rianiyah for his campaign against the Verin during the Sazashi Revolution. It is the blade of tyrants, loathing, and bloodshed. And above else, craves destruction.   In modern times it has its own body, and is the Prince of Justice under Desire.

Selukhaan. It translates to "All Bane". Its goal is to do just that: kill everything. Never believe otherwise.
— Mar'rianiyah

Selukhaan was forged by Ultus for Mar'rianiyah in his campaign against the Verin. It was imbued with a power that, when swung with ferocity in one's heart and motion, the power of the blade would amplify. Such was the rage in Mar'rianiyah's heart that he was able to cleave scores of men in half with a single arc of his blade—even those who the blade had not touched.   The rage in his heart spread to Selukhaan, until Selukhaan itself reflected that rage. He and it fed eachother's loathing, until they had a reputation as the great destroyer's.   The reputation did not treat Mar'rianiyah well. When the war ended nobody wanted him to have lands bordering their own, so he was given the lands to the south—a rich land, but hard to survive in.   Nonetheless, sick of war, Mar'rianiyah hung up his blade and protected his people.   His blade had different ideas. It whispered into his pregnant wife's dreams, telling her all he had done during the war. The dead soldiers, the pillaging, the murders of the innocent. It convinced her that Mar'rianiyah was a demon.   And she slew herself.   Lost to self-hatred, Marianiyah's depression synced with Tower Palace and his Mar'rianiyah-Kril settled over the land, plunging it into hundreds of years of darkness.   The blade was no longer to be found in his lands. Carried from swordsman to swordsman it moved, hungry for blood—not just any blood, but the perfect host. 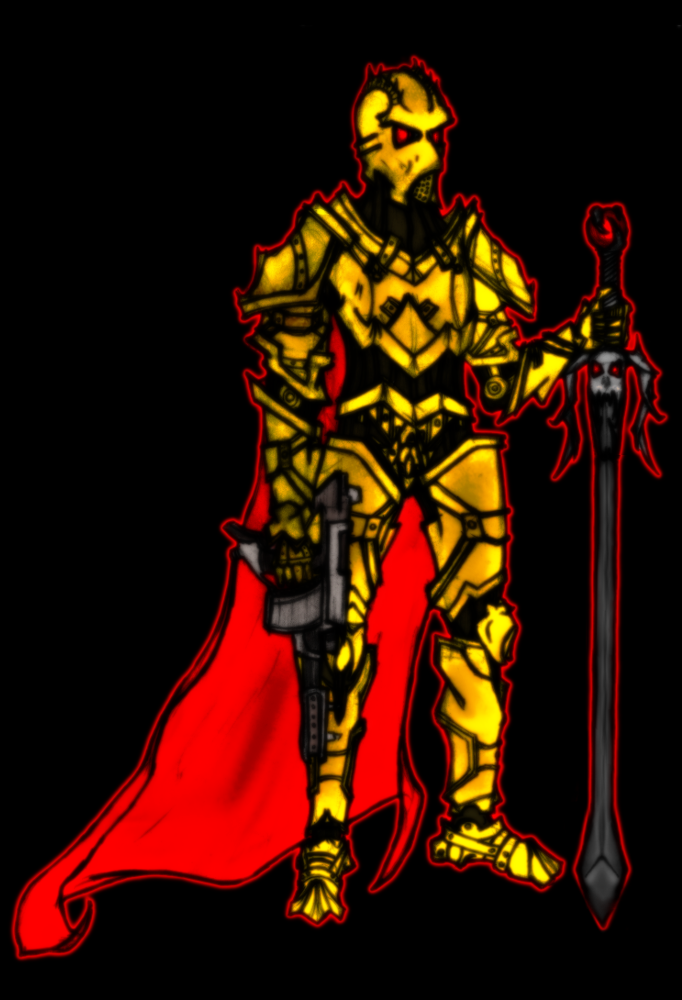 Write about the history surrounding a unique artefact or work of art in your world.
Please Login in order to comment!
Powered by World Anvil