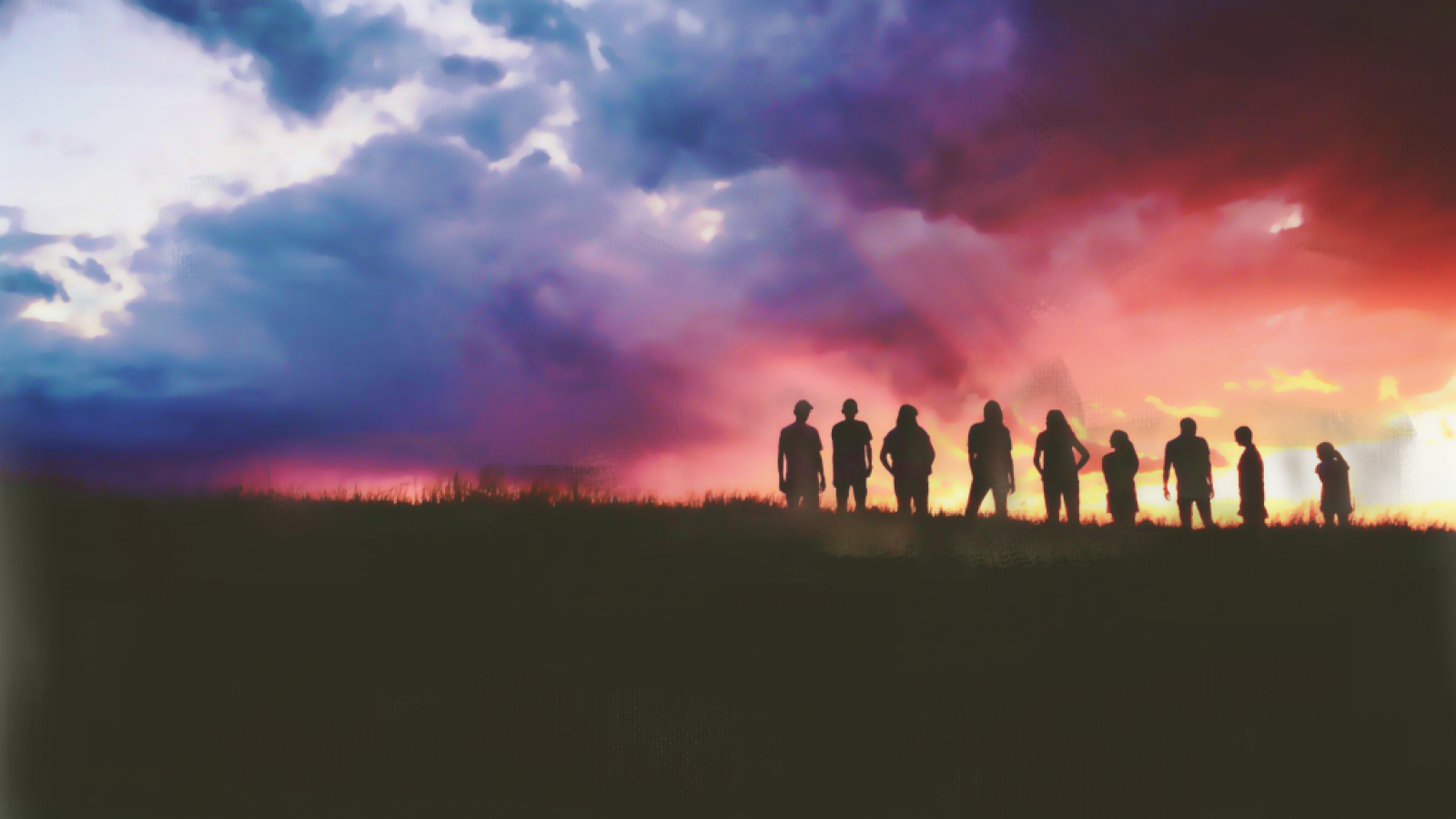 Estyans are the inhabitants of the world of Estya, primarily clustered on the northern continent, though they can found in all corners of the world. A combination of magic and accelerated evolution allowed Estyans to adapt to a changing environment in decades, as opposed to Eras.

Estyans are bipedal and humanoid, appearing near-identical to humans, though there are slight variations that differentiate them. Estyans have a broad spectrum of appearances, though their eyes can be any shade of the rainbow.   The magic of an Estyan can often be identified through the undertones in their skin and sometimes through the eyes as well. Warm undertones are generally an indicator of light magic, while cold undertones signal dark magic. Neutral undertones are more ambiguous, though they generally signal weaker magical power. Powerful magic-users also tend to have either pale or dark eye colors, depending on their respective magicks, though this is not universal and placing judgement on the eyes alone is inherently flawed.

The average Estyan possesses five sesnses, but powerful magic-users can demonstrate a sixth or seventh. A few have hypersensitive intuition that serves as an early-warning system to alert their body of danger and act before their eyes have fully recognized the threat. Light Sorcerers have appeared to detect the thoughts and emotions of spirits and the divine, while Dark Sorcerers are rumored to be able to hear the heartbeats of Demons and understand their desires.

All Estyans possess an innate, instinctual magic that responds to dramatic swings in emotion and in times of distress. It can act as a sixth sense of sorts and early warning system, with more powerful sorcerers possessing finer speed and accuracy. This innate magic also appears to act as an emergency defense system, with the magic lashing out at an perceived threat in life-and-death situations.

Due to their ties to the natural magic of the world around them, Estyans exhibit rapid evolutionary capabilites. The vast majority of Estyans are able to fully adapt to a radically different environments in the span of a few decades living there. This has allowed Estyans to spread to every corner of the Estyan map, with civilizations on the coldest glaciers and suspended across volcanic ravines.

Estyans living in areas with high winds will develop a second eyelid that keeps dust and debris from entering their eye, while those living near active lava flows will see their skin begin to turn a shade of grey as it forms a top, heat-resistant layer to protect them from the scorching heat and ash. Those living in desert regions can see their skin darken to near-black to protect them from the sun, and their bodies begin to regulate heat more efficiently, rendering them immune to heatstroke.

As a result of living in a world rife with magic for thousands of years, Estyans have seen their physiology affected as well. Estyan blood is mixed with pure, concentrated magic, and Estyans have adapted for their bodies to be able to harness and utilize this magic. The magic has extended their lives by a few decades, allowing most Estyans to comfortably live over one hundred years. Some Estyans have been granted additional magic from divine sources, and see their lives extended to one hundred fifty years or more.

Estyans focus their scientific and technological efforts in trying to decode, harness, and modify magic and the rules that govern it. The Estyans' largest successes have been the discovery of Spellcrafting, and the accidental creation of Entropy Magic.

There are six major languages in Estya, detailed below, with two of them having evolved from Ancient Silver-Speak.
See Introduction to Magic and Blood Numbers for more information on Estyan Magic.
Genetic Descendants
Lifespan
110 years
Average Height
60-78 inches
Average Weight
100-215 lbs
Average Physique
Most Estyans are fit, and often incredibly strong for their sizes, due to the near-constant state of war their world is in. Many Estyans are soldiers, though any Estyan not a part of the powerful nobility are ready to flee at a moment's notice, and while not particularly fast, even when weighed down with armor and children, they can run for hours if needed.
Geographic Distribution
Related Ethnicities
Related Myths
Start Here