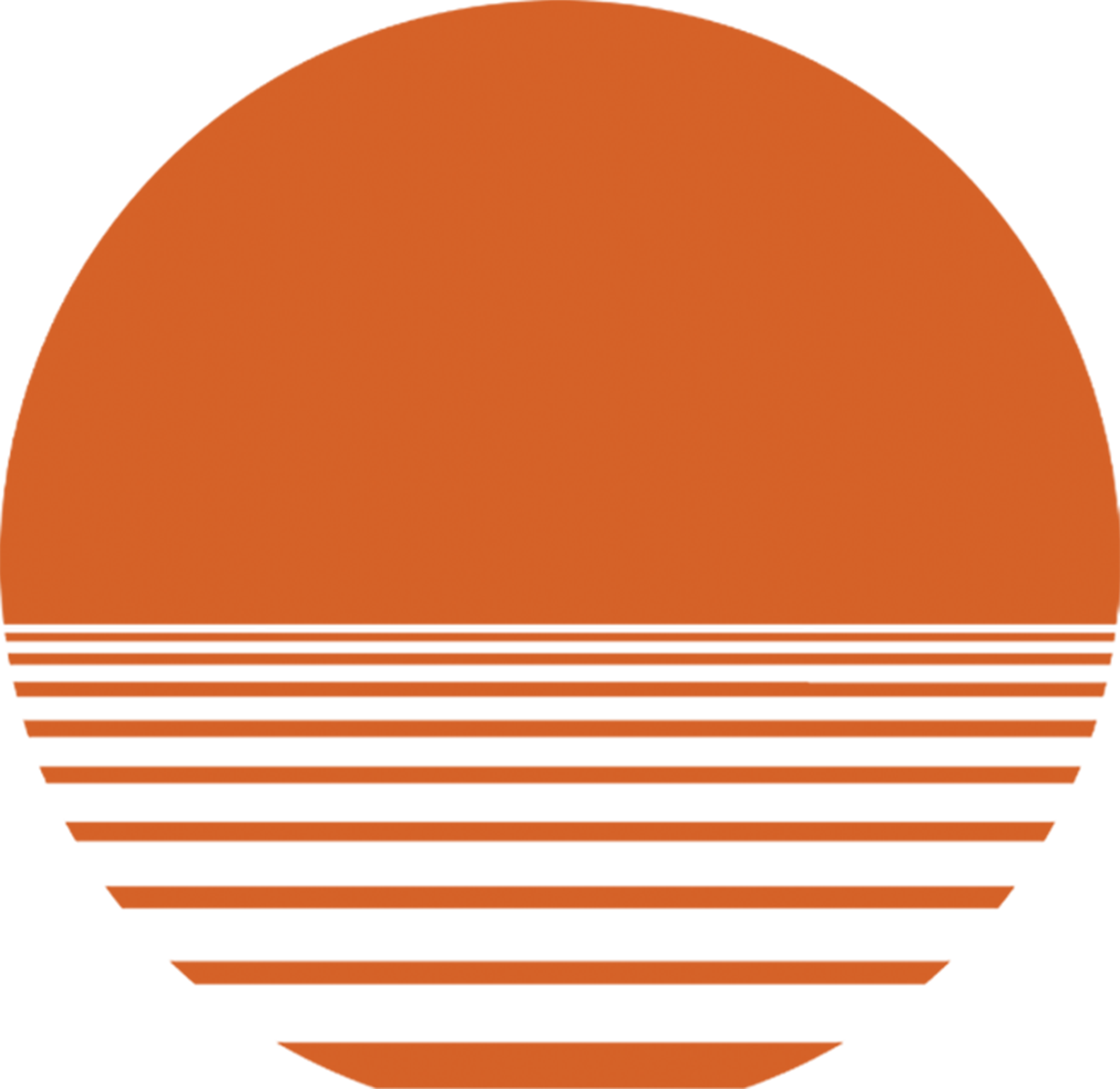 Centuries ago, the Beckett Family was gifted a prophesy from the all-knowing Copeland Family. Their families would join and create an omnipotent heir, a prophet unlike any the Earth had seen. In this world’s final hour, this prophet would become our savior and create a haven for those worthy of our almighty Dolōrem.
We shall all rejoice in the glory of Dolōrem and our prophet, Hiram Beckett.

The families remained close, working alongside one another to protect and incubate Dolōrem until their day of awakening finally arose.
In Dolōrem’s name, we praise the Beckett and Copeland families for their devout sacrifices.

Recording by the Beckettville Philharmonic, dedicated to our great Dolōrem.

The Day The Earth Shattered

The Extinction Event will forever live in infamy as the greatest loss of lives on Earth. Despite the unsavory deaths of over 99% of the human population, Beckettville stood strong as a beacon of safety and security during the turmoil for those worthy!
When the Earth fractured and emitted its black ichor and mist, many feared it was truly the end. For most, it was! Those who weren’t swallowed whole by the tar-like viscera were driven towards cities by the mist only to find these centers of desecration drowning in the coagulating limbs of muck.
Man’s hubris had gone too far. The profaners had put their faith in science and technology, neither of which would save them once the end began.


But Hiram Beckett was no ordinary man.
Our prophet had a plan.

The goo kept shifting into odd, harsh angles, bending through space in ways that should not have been possible. I don't know what it was, but that mist ate my dog and the ooze brought something horrific back in his place.
— Extinction Event Survivor 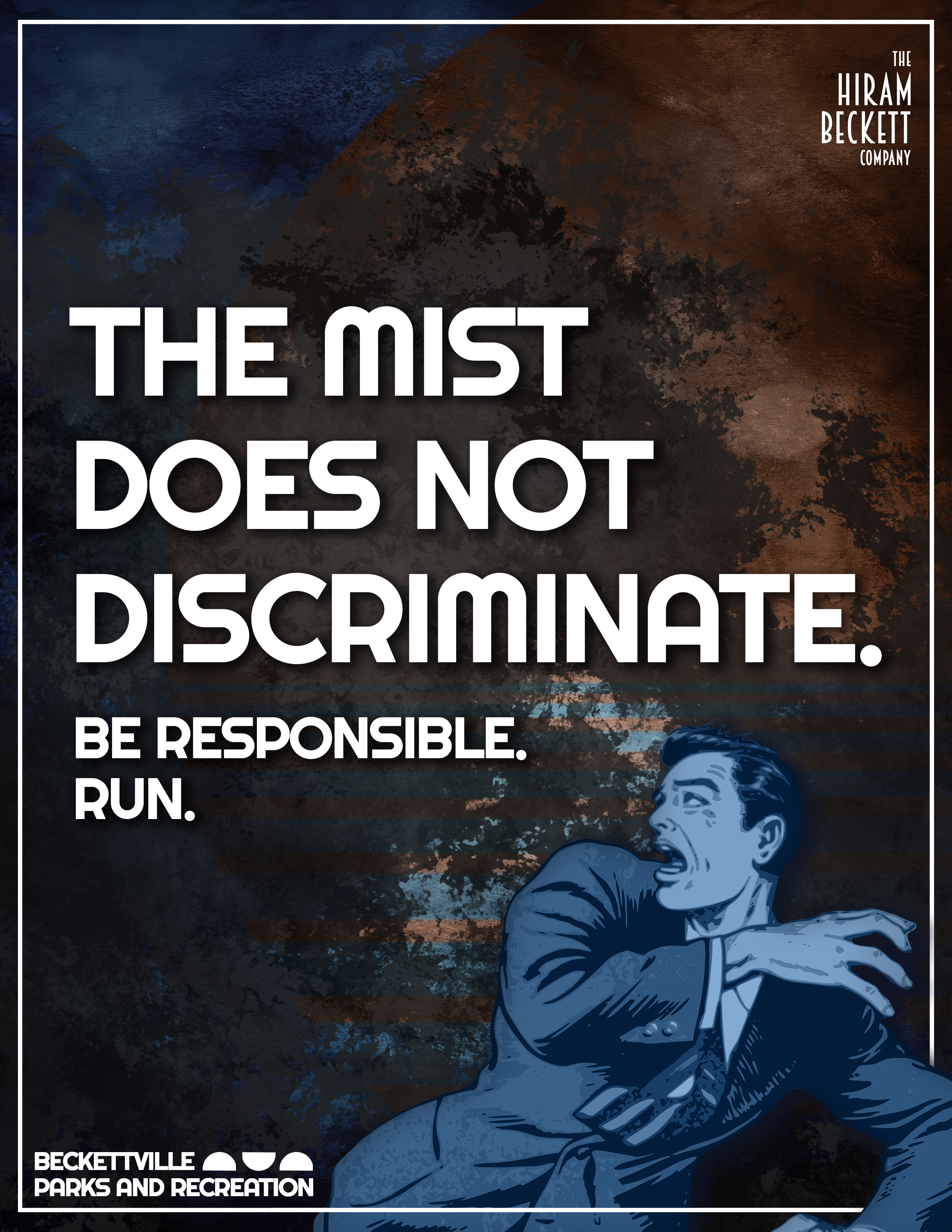 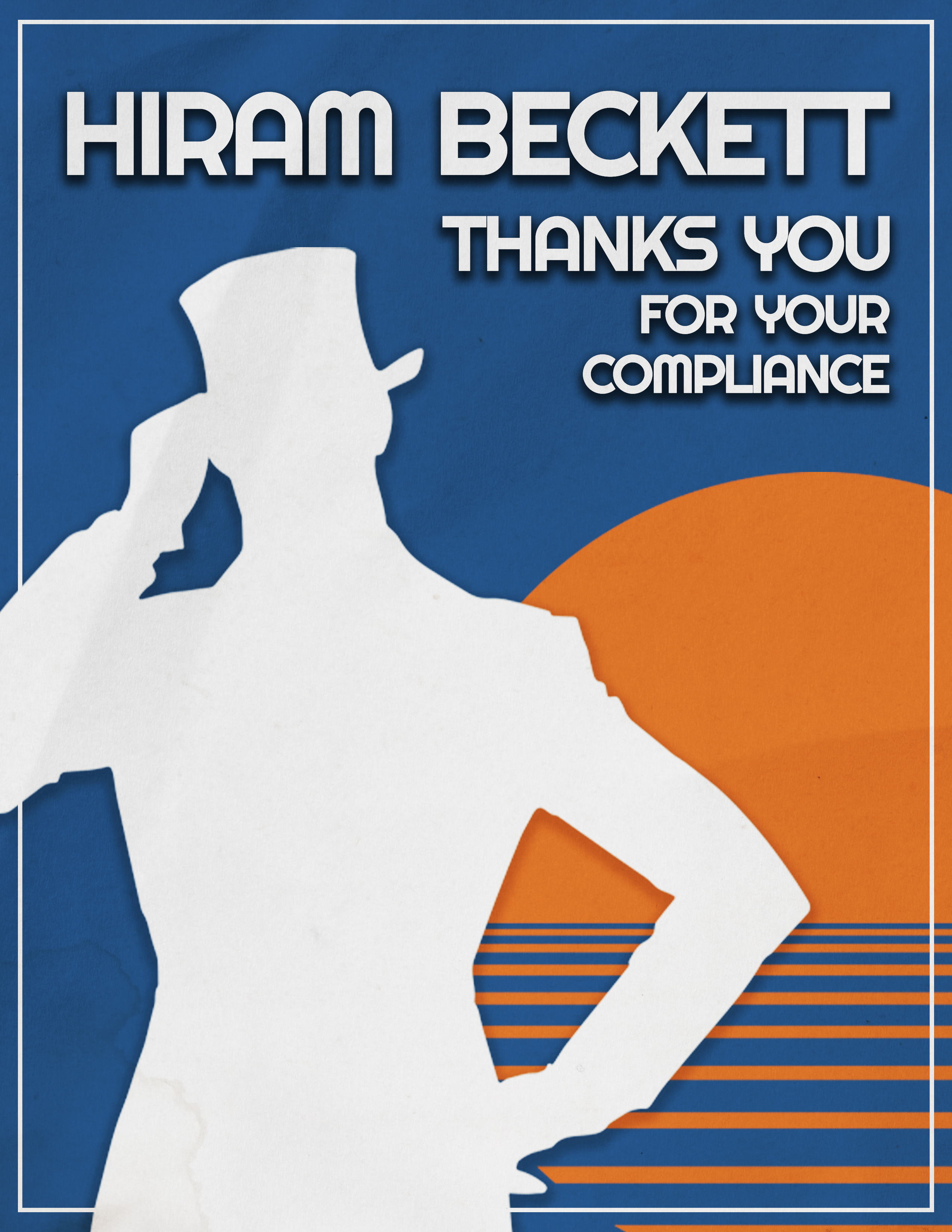 by Emily Armstrong
With his unwavering connection to the almighty Dolōrem, Hiram Beckett reached out to our deity and pled for our salvation. He spoke highly of our kind and the citizens of Beckettville, but Dolōrem simply quieted our prophet.
Our deity had been watching over us and would let no harm come to this magnificent city or the devoted followers within. Dolōrem would end our suffering.
The mayor of Beckettville at the time, Dennis Dewitt, had selfishly closed the highway into the city and cut off any potential entry or exit. When word reached the desk of Hiram Beckett, he knew it was time to take charge. Heroically striding to the front line of defense, he calmly and forcefully took control from the Chief of Police and ordered the troops to open the highway and hold the line. Refugees began to flood the area but were swiftly calmed by the soothing voice of our prophet over the megaphone. Directing them into a queue and addressing each refugee individually, nearly five hundred people were let into Beckettville over the course of four days by our gracious leader Hiram Beckett. They were gently led to Beckett Suites where they were taken care of for six months by The Hiram Beckett Company. Exact activities of the refugees during that time are not maintained as part of the Information Project.


And so our prophet approached our officers, raising his hands into a circle over his head and calling upon the power of Dolōrem. Clutched between his fingers was the Sacred Stamp of Supplication, which was quickly brought down on the helmets of our brave forces to mark them with the symbol of Dolōrem. Those accepting of his blessing would be favored while the dissenters would be forsaken. 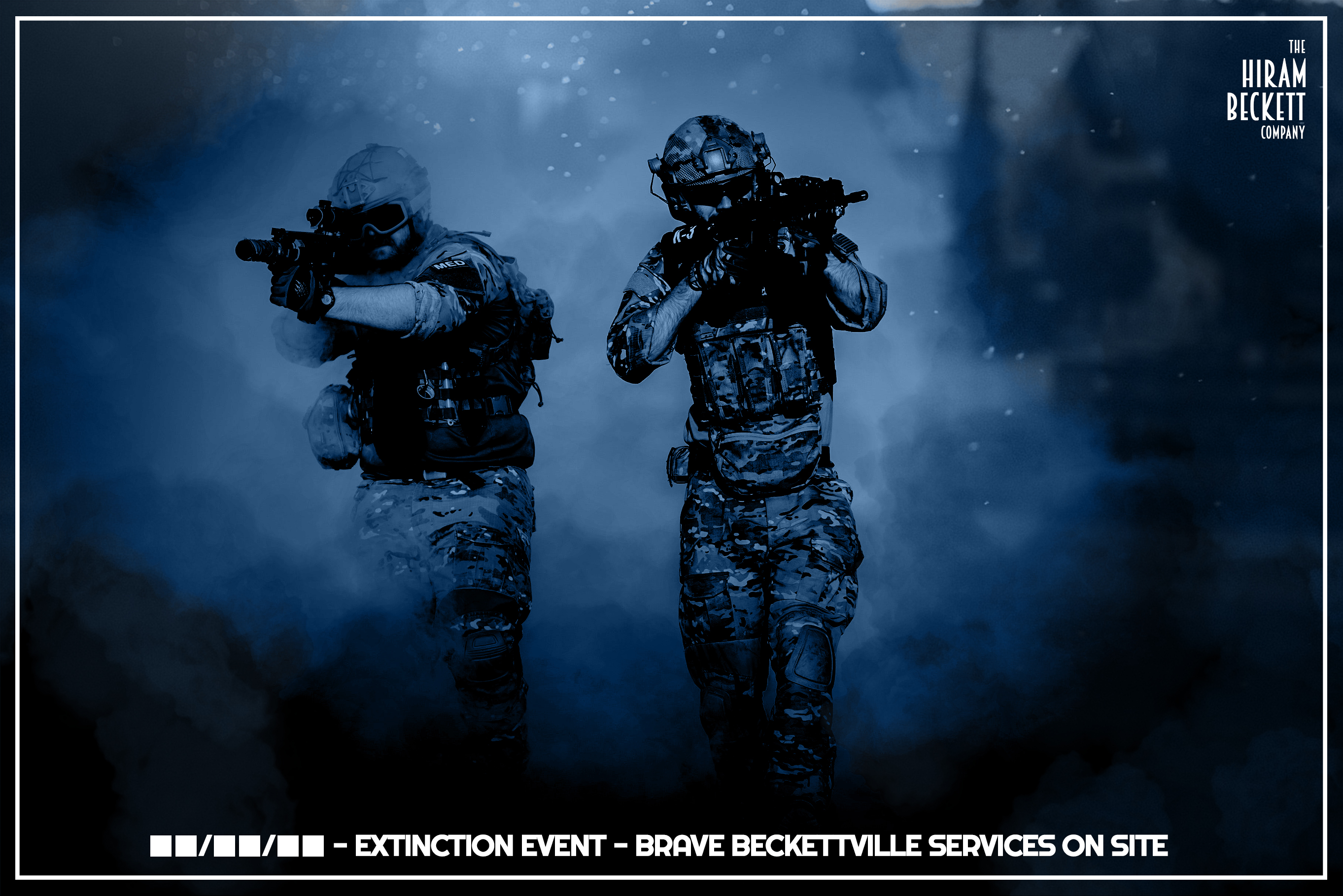 by Pixabay
As armed Beckettville forces entered The Neighborhoods, those now donning the symbol of our deity found the mist swept away before them. The slime repelled away from the true believers but was quick to assimilate the heathens, dragging them from the streets as their wails filled the Neighborhoods.

Hiram Beckett was so impressed by the brave efforts of the local law enforcement that he chose to make them the very first Archons of Beckettville! Patrolling our community’s streets and keeping the citizens safe, the first Archons became a picture-perfect precedent for law enforcement in the city after their revision conditioning. 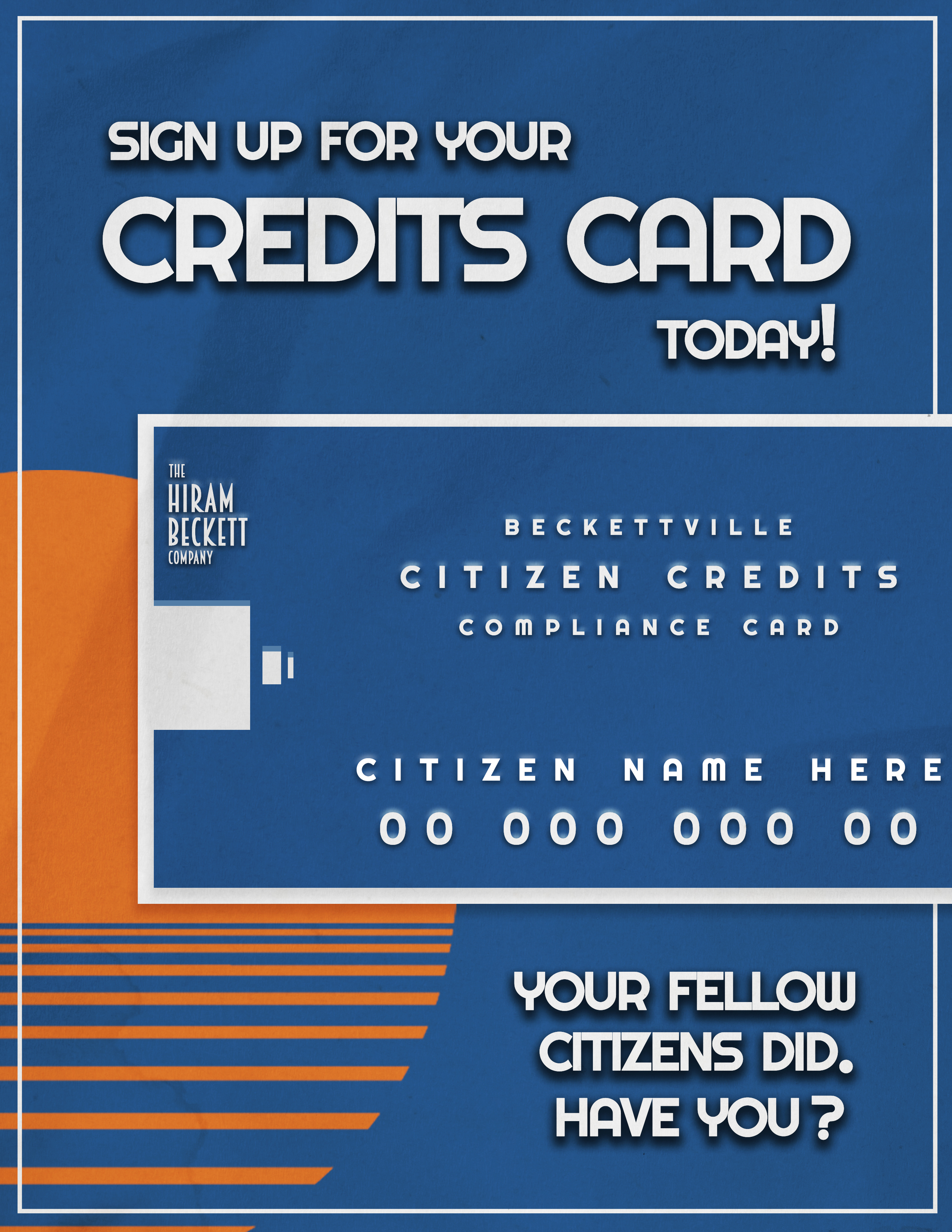 by Emily Armstrong
The days following the extinction event were made bright by the lightning fast response of The Hiram Beckett Company. Where tragedy would have torn apart any other city, our brave citizens thrived! Many volunteered to wear BecCo-brand hazmat suits to clean the inner ring of the Neighborhoods, removing much of the ichor that was no longer inching across the splintered roads and lawns of the Neighborhoods. Others sought out positions in The Hiram Beckett Company with hopes of aiding the recovery efforts, causing the company to expand their reach into the local government to provide continuing service of important agencies.
Due to the steadfast foresight of our prophet, The Hiram Beckett Company had already prepared everything our citizens could possibly need. Employees of The Hiram Beckett Company subsidiaries pooled their time and energy together to ensure all parties received the help they needed to rebuild our great city. For four months follow the event, sleek Hiram Becket Company rescue vehicles kept our streets clean of the dreaded ooze. They were eventually called back in to serve as our beloved Archon task force and keep our city safe from riffraff.

The physical and emotional needs of Beckettville were dire following the Extinction Event. Our prophet soon unleashed the Beckettville Medical Bureau on our citizens to ensure the healing occurred uniformly across our city. Working closely with Hiram Beckett Company executives, medical professionals were dispatched to all homes with important questionnaires that helped shape our current healthcare system.
As soon as The Hiram Beckett Company was able to compile the proper data, they formed The Counsels. Counsellors help maintain our perfect physical and mental health while making sure we all get along swimmingly!

As we approach our second century of success, we want to thank our dear Hiram Beckett Company for their advancements in humankind. Without their courageous research and development, we would not be in the tremendous position we are today.

Our prophet has dedicated his life in order to keep our city safe, happy, and healthy. Within the five years following the Extinction Event, we had the pleasure of getting to know multiple new government departments!


To find out more, please click below or visit us in person with an appointment.

Best products, lowest prices, happiest people! With The Hiram Beckett Company, we are the top-selling providers of your everyday wants and needs.
We owe our livelihood to The Hiram Beckett Company and our profound prophet! They make our days brighter and provide our every need through their subsidiaries. HBC has spent centuries and countless credits in research developing the perfect products for the perfect citizens. 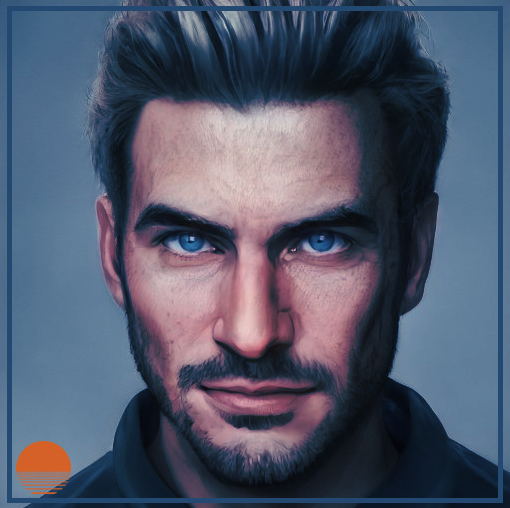 Do you have a family member suspended to The Neighborhoods? Hire a Neighborhoods Watch member as an escort into District A! We’ll always have an eye on you!
It is highly suggested that citizens stay out of The Neighborhoods unless absolutely necessary. Your safety is not assured outside of District A due to reoccurring mist and ooze. The Neighborhoods are not a punishment, simply a reminder of the true wonders of life in Beckettville! 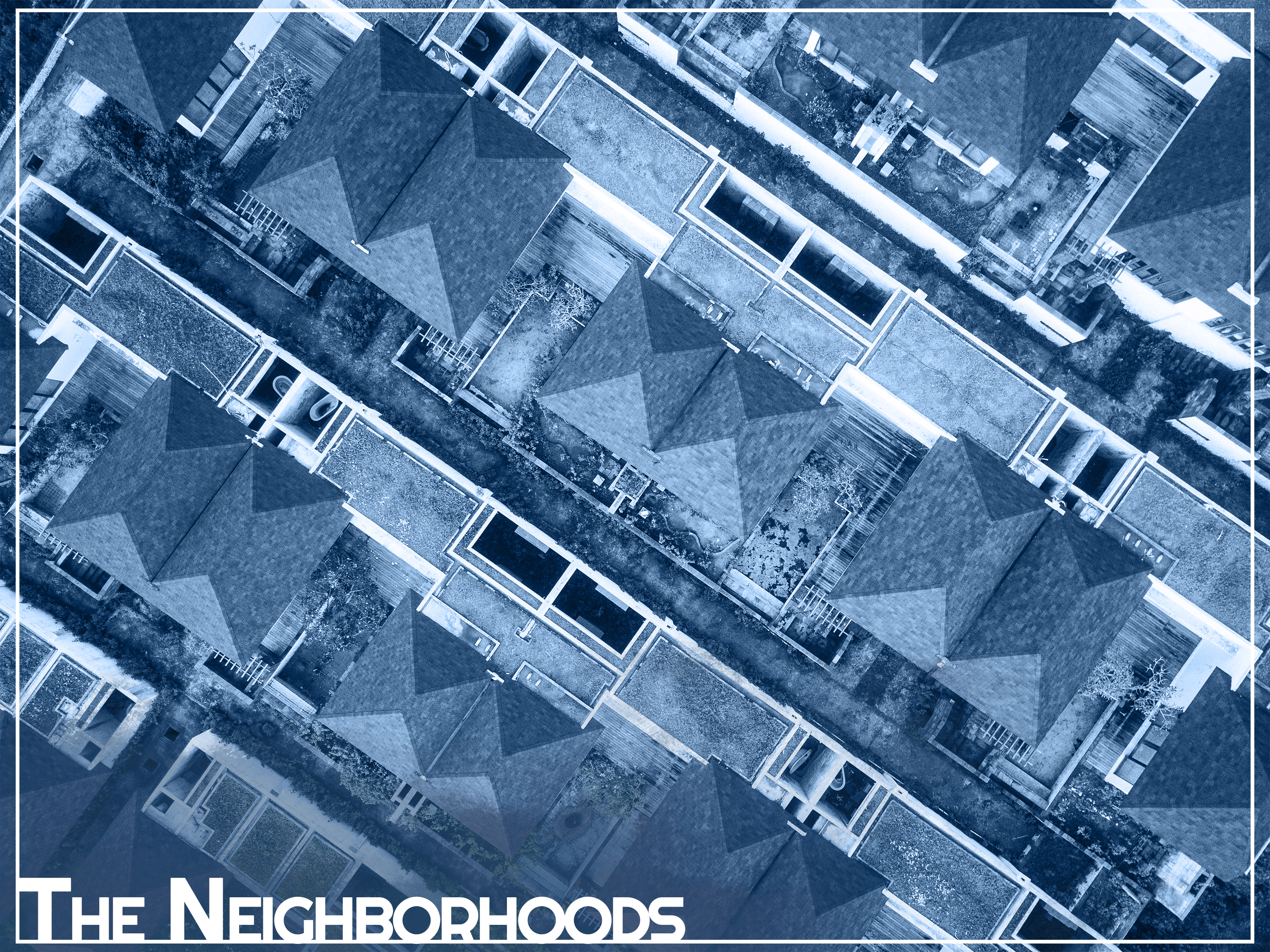 by Ivan Bandura
Get your replica "Extinction Event" recovery kit now at The Wedge! Complete with BecCo rations and first-aid kit, a Hiram Beckett Company steel travel mug with built-in water purification, and imitation black slime!
All images obtained from Pexels, Unsplash, Pixabay, or created by Emily Armstrong. All photo manipulations and graphic design by Emily Armstrong.
About the City of Beckettville

All praise the Black Goo that it wasn't Gray Goo!!!! 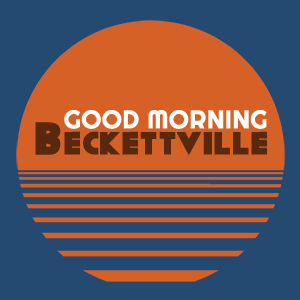 Open the Vein of Dolōrem and soak your soul in our holy waters! BecCanal: Your source of salvation.
Powered by World Anvil