"We are united today to pay our last respects to Ari Kobewan, known to millions as Ominous Hum, the bass player of K-Music formation Kantsumi, few would recognize the slight woman in the casket compared to the stage presence, a hulking armor, and advanced technology she advanced the state of herself have everything to do with that. A graduate of Al-Samsang Jade University, she was a prodigy, earning top marks in the toughest program at that institution, and participating in an obscure college band at the time. Don'tSueMe. Her bandmates, less intellectually advanced, but focusing their creativity, wrote songs, lyrics, and designed a concept where they were cat maidens. They had immediate success in the college circuit."

The celebrant paused to drink water.

"A fateful meeting with a record label later, upon hearing that K-Music was a genre restricted to men, DontSueUs disappeared, and Kantsumi appeared two years later. They started to make the rounds of obscure stages, mostly pubs catering to foreigners, especially Kagomine foreigners, who seemed to love their music, and could not get enough."

"Another label approached them, the famed Akane Records, and signed them to a three record-deal. Through word of mouth, in three months, they had reached the hot adult contemporary #10, and both the Metal #1 and the Pop #1, which, considering K-Pop is a mixture of both genres, is still unprecedented today."

He took another sip.

"Their first three albums sold 12 million copies total, and they were negotiating a new deal, even as they were promoting the last album, Kaniapiskau, which is so far, their best selling to date."

"My cousin and I never saw eye to eye on anything, she was always driven, both to perform artistically, and academically, showing off to the family, and in general, achieving high marks and high standards that anyone would be hard pressed to match. She had never told anyone but me about her band though, thinking that the family wouldn't approve that she was performing either in a masculine genre, or that she had to pretend to be a man to perform. She didn't even tell me she was the one behind the technology that let them appear to be who they weren't."

She took a deep breath.

"But, I guess that makes our loss greater, she didn't want to change who she was to be accepted, but told enough times she had to, she decided to change her band enough to pass, while the important part, their music, would stay true to themselves. The loss is ours, for not understanding them, welcoming them, before it was too late. It's tolerated for people to pretend to be in another gender except for music, at least, in our fair land, and that's robbed us of some of her greatness."

"She and her bandmates were not purely Gogurean, each of them had one or more Kagomine ancestors, and one had a truly muddled pedigree, it didn't matter, either, even though we do have prejudice there, as well. They were the expression of K-Music, they defined it, better than those that came before. Her bandmates may be buried in another city, the city of their birth, and their families, but I know they're together right now, in the elements.

"I'll recite now some words from Ari herself."

"Primarch, they are distraught at the loss of their family member, surely those are overwrought words!"

"They will regret this!"

Is very, very petite, and short, the armor more than triples her mass, and adds 60cm counting the flares on her helmet.

A very strong nose, common among Goguryeans, but rare among Kagomine, and yet, she's both. Since so few people see her without the armor, she could be identified only by the latter by a lot of folks.

Is known to favour very large earrings, almost like small dreamcatchers dangling from each ear, when not in armor.

Stage outfit, which is actually low-grade powered armor, a primitive model, known to have inspired the later Pilders. This is deliberate, as early in their career, there was a concern other acts might attack them if their secret came out. It never did, not until the end. 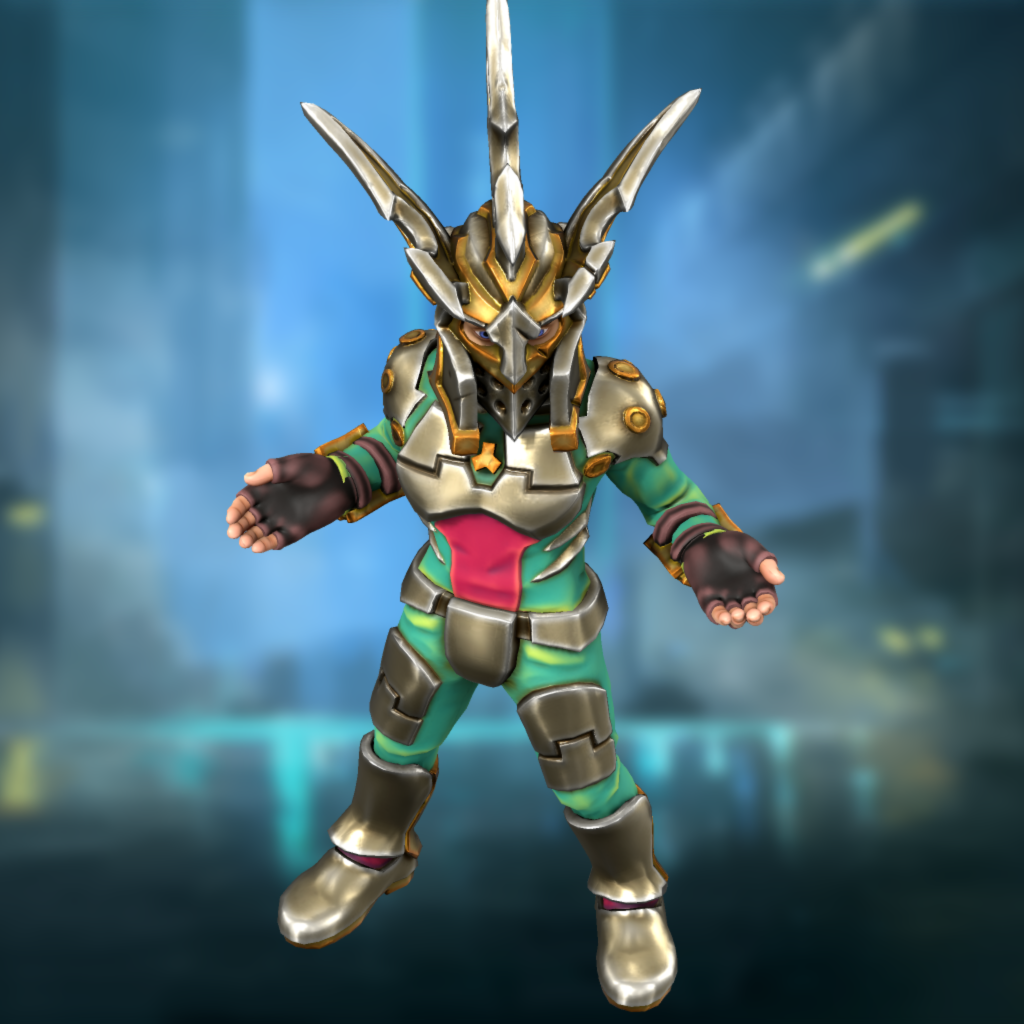 Graduate with highest honors, Jade Technology Program, Al-Samsang Jade University, one of the top undergraduate programs in the world in Jade Technology, aka Computers.

As the Keyboardist for Kantsumi, Ari is famous, her technique shook up what was becoming ossified as a genre with heavy guitar and bass, and she also added winds for maybe one in three songs, most performers in the genre did not switch instruments mid-song until that point.. 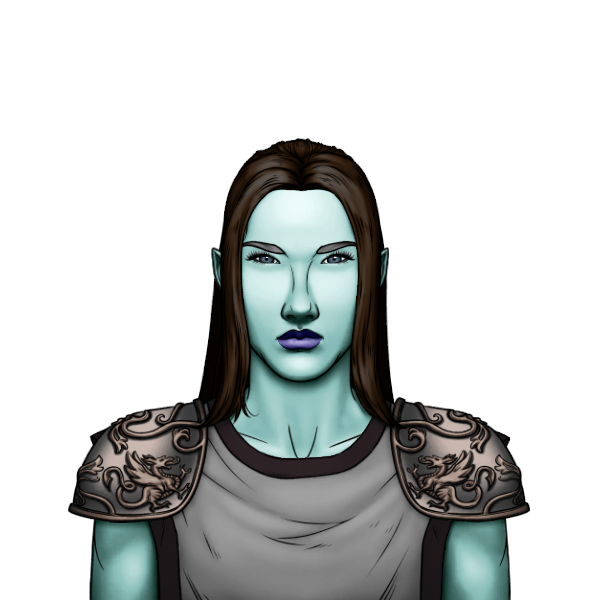 Species
Arndan
Other Ethnicities/Cultures
Honorary & Occupational Titles
Ari herself held no titles, but the Kobewan were one of the four major aristocratic families of Goguryeo, with a fifth cousin of hers actually holding title as a blood prince(fully equivalent in our world to a grandee of spain, for instance).
Date of Death
815-11-39AK
Life
793 AK 815 AK 22 years old
Circumstances of Death
The day the K-Music died
Birthplace
Goosan
Place of Death
Lavali, Lavali Domei, Kagomei
Children
Presented Sex
Female in "civilian" male on stage
Gender Identity

Upon being told that an artist cannot be female and participate in the K-Music genre(a cross between Metal and K-Pop, think Enter Sandman meets Gangnam style, to keep this simple), but do keep in mind, K-Music is a rare patriarchal music genre, in a mostly matriarchal society.

Nice read. It was quite interesting to have her pretend to be a male just to be allowed to perform in the genre. Also pretty cool that they would become the most defining K-music band afterwards then. K-music itself also seems like a fun mix :)

That was a nice read! interesting format also, a funeral speech.

I like how all your articles are prose, and you build the worldbuilding into the tale! It's a unique format that I appreciate. I also love the character and the concept. As a girl who got into goth metal because I was told I could not do epic metal at the time (because I was a girl,) I have a lot of empathy for this character.

Such sadness that she had to pass as a male to play what she loved :(( Good article tho :D

Nice read, and a very unique way to tell a story. I quite enjoyed it.

Nice article! A shame they had to be forced to hide their gender :( though it seems like the band will be able to continue without her, doesn't it? And that political troubles coming from the family and/or the rest of the band?

No, the band and two male ccolleagues perished in the same plane crash. Political troubles might come to her family, I haven't decided yet. But she's quite beyond them now. For those who didn't detect it, I meant for them to be a genderflipped version of "the day the music died" when Buddy Holly, Ritchie Valens, and "The Big Bopper" J. P. Richardson all died on the same day. Then I decided on the gender hiding((once I decided Ari would be a top notch engineering student, I decided on the armour, and its link to some other armours elsewhere in my world.