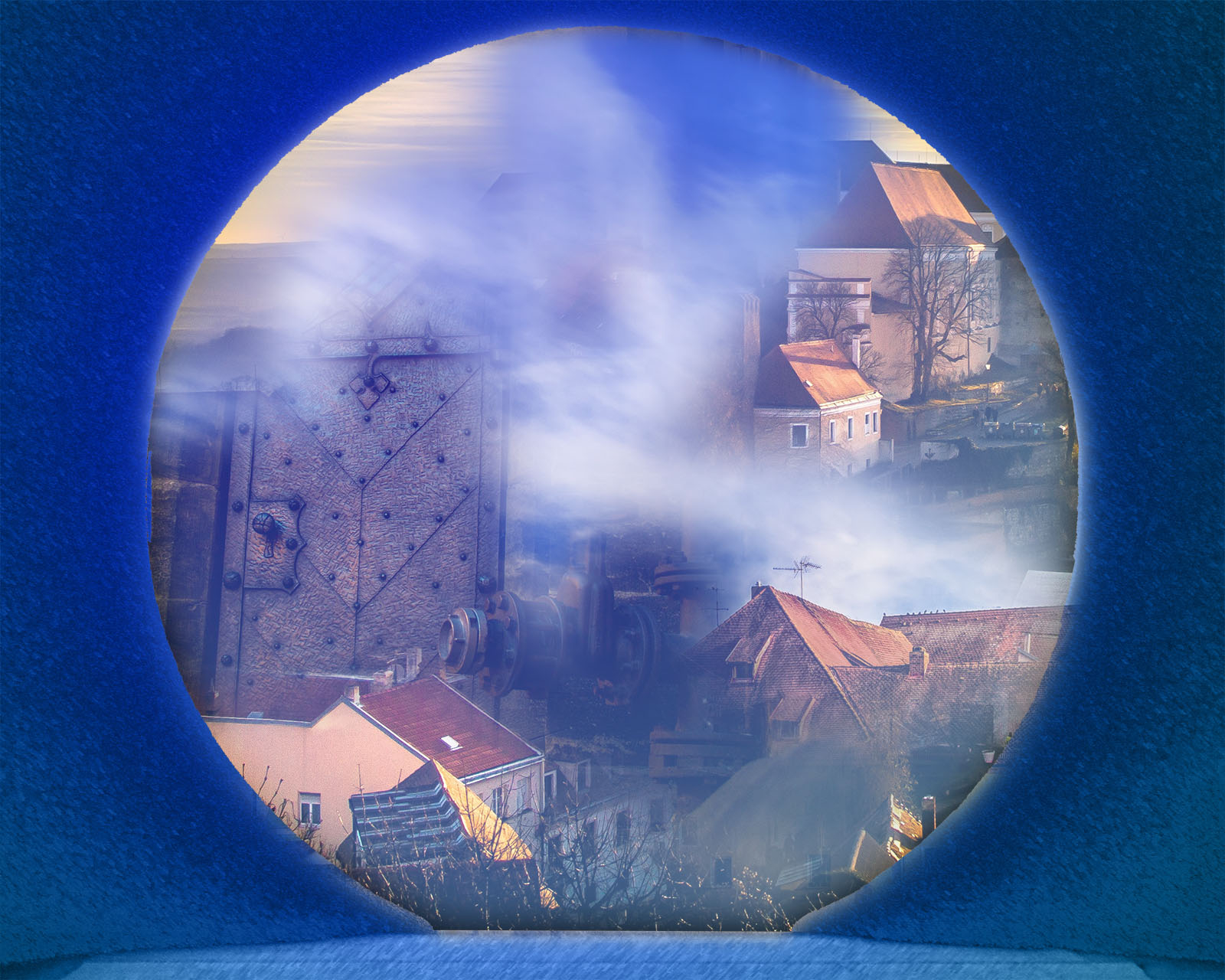 The Travel Gates of Fulgrath

Before the so-called Declaration of Existential Independence of 22 GE can be enacted, the old jump drive contained within the core of Borealis is fired up unexpectedly: A group of radical technocrats steal the heart of the city to construct with it their own technocratic city called “Miyako Fluxum”, which will later often be referred to as “the Moving City”. They disagreed with the decision to ban the faculty of technamagix, saying that all knowledge is good knowledge, and now their new city jumps from place to place within the Great Land, more openly trading with the Middle Lands, the Yamato Kingdom, and the westernmost city called Altonar, a less developed technocracy. The isolationist Borealis, on the other hand, still hoards much of its advanced technology and only conducts trade by proxy through its way-point outpost Rimcity on Guantil-ya.
— From the Green Book, by Sagamund Greenhorn

While being the first technology that utilized spacial bending with an emphasis on advanced gyrometrics rather than raw clockwork magic (though still using magic to bypass certain natural laws), the jump drive made its way into the most advanced magocratic city of Aqualon, Fulgrath, in time.
The great city of Fulgrath has a large district called "the Forge", which is where most of the magic engineers, smiths, and engineers are located. Amazing new machines are invented and realized here every day, though most of the truly monumental research is done in the Grand Academy of Fulgrath in the north of the city.
Though electric carriages had their brief dawn in Fulgrath, the need for a proper mass-transit system to connect the large areas of the city to each other was quickly realized. Scholars of the Grand Academy of Fulgrath and magic engineers from the Forge worked together for months until they received unexpected but welcome help from Miyako Fluxum, the moving technocrat city, which had already become an important trading partner for Fulgrath at the time. Together they created the transit towers, which harness soul energy and spatial distortion based on high-speed soul computation to warp so-called 'travel gates' together and allow people to move from tower to tower in seconds, regardless of distance.

Miyako Fluxum is one of the two High Technocrat cities, the other being Borealis at the South Pole. It is the seat of technamagix. The city is underground and changes location regularly using jump drive technology, which is why they are often called "The Moving City". This jump drive, technamagic in design, was originally the heart of Borealis, until the Declaration of Existential Independence1
On this historic day, the Council of Faculties of Borealis, decided to use the newly available DVF Suppression technology to permanently turn the city into a clockwork exclusion zone.

This was done for two reasons:
Firstly as an ultimate deterrent to secret technamagix research within the city proper.

Secondly, autonomy from the direct influence of the Great Clockwork, which was by then believed to subtly influence mankind using its massive Base DVF.

The generators were constructed, installed, and activated over the course of 3 years, after which the technocrats of the south had freed themselves from destiny with nothing but their own ingenuity. Whether for good or bad remained to be seen.
around 22 GE

Thanks to Dark Hobbit and Qurilion for helping me polish this one.

This seems a little barebones, but it's definitely intriguing! I love the idea of an entire city travelling around via Jump Drive. It seems a little comical, to be honest. Are there any consequences to travelling in this way?

I am doing a couple of daily-fact-based articles to catch up with my huge Summer Camp backlog and this is one of them, so barebones is as fair as it gets xD   Miyako Fluxum is specifically built to jump around underground, basically transplanting city-sized spheres of ground all over the place. These soil grafts may have some long-term effects on the ecosystems around the Great Land, but none have been noticed so far. As for effects on the human body: those have not been observed either. People are not dematerialized as they are in star gate, the space of there two gates are is just folded together at one point, so people basically just step through a ring. As for the Moving City and its actual jump drive: People are not really dematerialized in the classical sense, it's more that the city is squeezed through the Great Clockwork, so for a brief moment everything within exists at right angles to reality. On that too, no adverse effects have been reported yet. The "math" behind it says that it is all quite harmless.

I like the idea of Flux-magic-machinery and the conflict between the freedom-fighters and the ones who wanna prohibit. But your main text sadly looks pretty small compared to the introduction part. Maybe make it a bigger (and maybe also just a different) font?

I will expand on the main article in time, but for now I am a bit time-pressed by the sheer volume of articles I have to churn out for the Summer Camp :/

Short, sweet and colourful! It's not the most in depth, but it's definitely memorable! I like it a lot! :)