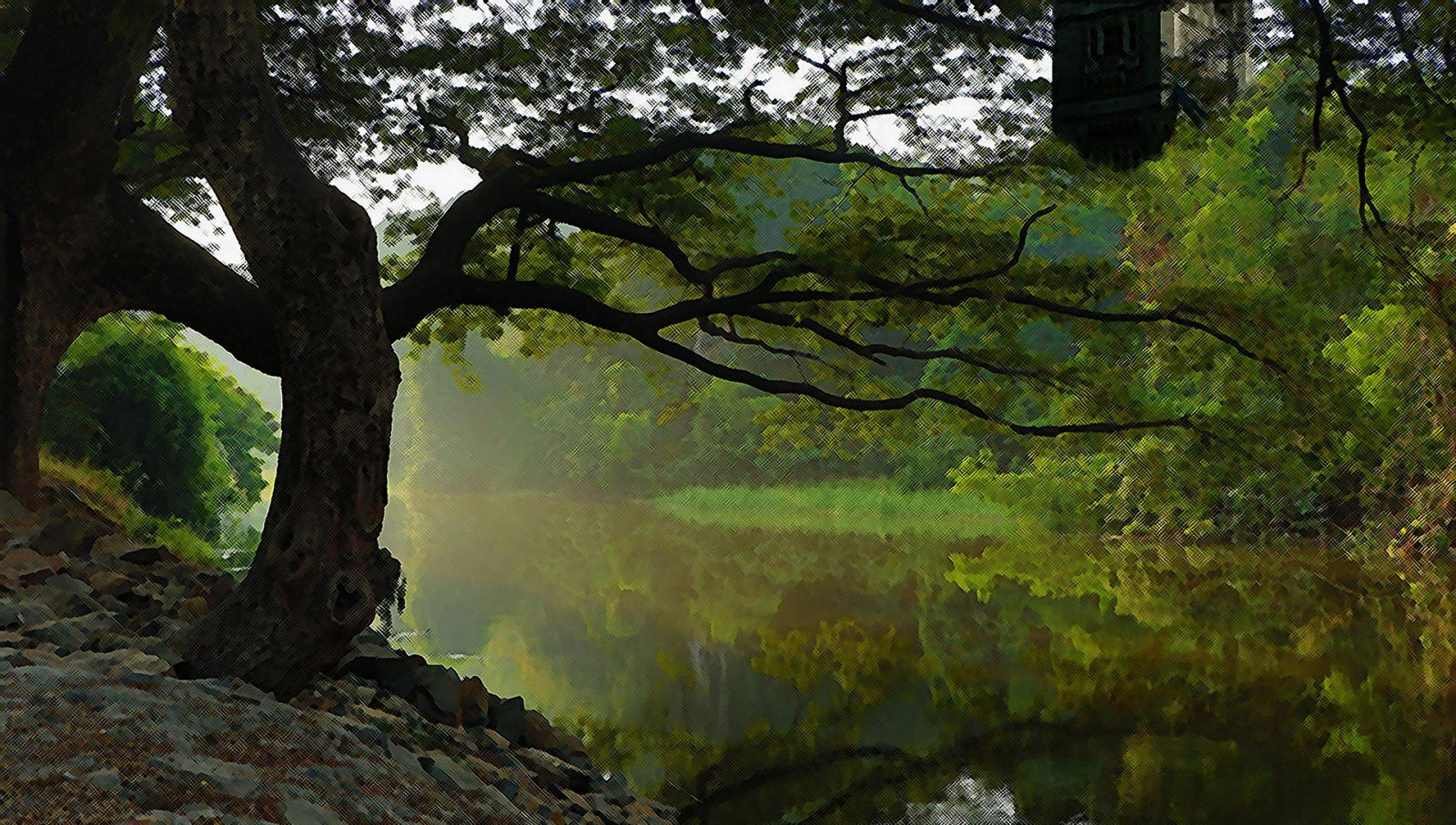 There are 15 ur-souls of tremendous power that are continuously reborn on all incarnations of Aqualon. All 15 are tied into the five elements, 3 to each one. Per element, one is born into a person, one is tied into a powerful weapon, and one is the ur-soul of that element itself. The person is called a Keeper, and the Keeper's weapon is his or her resonator that allows their soul to connect to the ur-soul of their element, controlling it freely and without the use of their own soul power as mages would.   In the Old World during the early ages of the Nine Realms, the weapons lay buried in the ground, and one day when the Great Tale was told, the collective unconscious roused the Soul Forge, today known as the Great Clockwork, and it, in turn, roused the Keeper weapons, which sheathed themselves into coats of their own elements and emerged from the bowels of the asteroid worlds as Elemental Titans, seeking out their Keepers.

Tale #4: The Gate at the Mountaintop
One Hundred Fantastic Facts Come to Life
Tale #6: Jump!