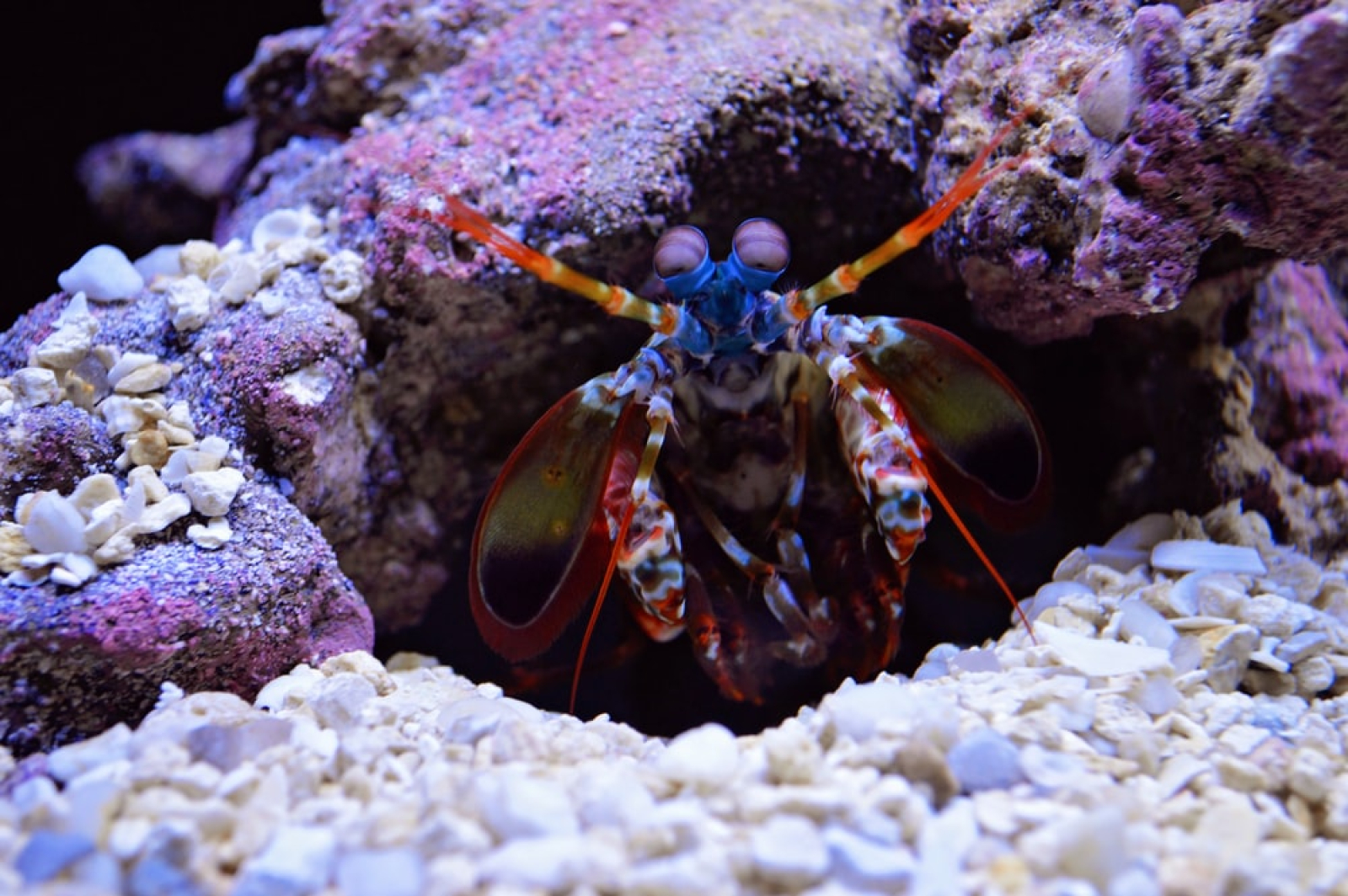 I decided not to wear the suit this time. I hope you don't mind. I know it's been a while since my last recording. I apologize, but it genuinely took that long to find something I thought you'd actually be interested in. Let me introduce you to The Aolna.   The aol are crustaceans native to a water-world in the northern half of the galaxy. They are similar to mantis shrimp back home. Their society is based on a caste system, one where the color of one's carapace determines their status.   The Aolna are at the top, with their vibrant, multicolored carapace and long bodies. They are biologically distinct from others in their species. Their brains are bigger, their shells thicker. They also have two claws where most of the aol only have one. Technically, they're an entirely different species altogether.

While I usually wouldn't waste time on it, I know how much you enjoy history. Here's a breakdown of the last few centuries. The aol are fairly new to the galactic community, only recently discovering the fusion technology allowing warp travel. They spent most of their time as hunter-gatherers until the Aolna appeared.   The Aolna quickly established themselves as superior. They rapidly developed technology at a rate rarely seen in other species. The Aolna were also quick to force their ideologies on society as a whole. They are not religious. "Spiritual" may be a better term.   Not everyone appreciated the Aolna's dominance. Many ethnic groups fought against them. The ones that survived found themselves at the bottom of their caste system.

The Aolna have nothing in the way of religion, but they have some interesting views on consciousness. They believe the mind and body are inherently separate. The body is merely a vessel to them. They have no funerary traditions. They barely register death to begin with.   This has led to their most valuable export, their own skin. The aol grow by molting. The old carapace is shed to make room for growth. They gather it and sell it off the world. The carapace of the aol is stronger than steel, and their ships are a prime example of this. They need water to survive, and the pressure on their water filled vessels is much higher than ours.   Their idea of music and art is also quite interesting. Their claws and multitude of legs can be used as percussion instruments. The chattering of their mouths allows them to make a wide range of sounds for lyrics, though their language is highly complex and impossible to speak for us humans.

The Aolna have a reputation for being merchants, but also make excellent government officials. Despite this, they hold little sway over the galactic community due to how specific their environment has to be in order to survive.   Daily life is filled with decadence. They flaunt their wealth constantly, but that doesn't make them cruel or unfeeling to castes below them. They are genuinely invested in keeping lower castes happy, and in turn, obedient.   Some among the Aolna, particularly those with wealth to spare, will routinely distribute their excess wealth to those in need. They wander the streets of their white cities giving fortunes away.

Invicta glanced away from the lens, pondering how best to bring the entry to a close. "Anyway, I hope it piqued your interest. I've included images, videos, scholarly articles, and all other information I've been able to gather. I know you'll probably never get this, but I don't know. It helps pass the time. Until next time, Lorne."

The Outcasts
Season 2: Them
Remembrance

Answering: "an ethnicity whose cultural exports are highly sought after"
Visit Dylonishere123's Competition Page Check all other answers to this prompt Competition Homepage

Aw, I wonder if Invicta once loved Lorne? They seem like they would a good match, if Lorne didn't dislike Invicta. :o

They do have a bit of a love hate thing going on dont they? Lol thanks so much for the kind words!

These people selling their skin is such a power move if you think about it. I love it :)

Thank You!!! It probably does give them a bit of a supriority problem. Heres my discarded skin peasent, now pay me. XD

Huh. Seems a bit random. I'm guessing you just made this one to fill out a writing prompt. Still, making spaceships out of carapace intrigues me; if you could sufficiently manipulate it's shape without compromising it's structural integrity; I also like the concept of a wayfarer making himself a carapace shield.   Reading that this article came from Invicta makes we wonder how many Aol she has killed...

Random? ooooo... spoilers...     Aol shields would be amazing. all the defense!   Also that's a good question. invicta may have had a spat or two with the aol, or at least their ships. I originally wrote about how invicta thought their ships being destroyed looked beautifull, with the water inside spilling out and scattered among the stars, but i felt itd be a little too sadistic and likely beyond her intent for recording this.

And Invicta also probably thought that the archivist thought little enough of her *before* she started talking about how cool the destruction of a sentient species' ship looked.

Oooh, interesting, I'm curious to see when these guys will appear again! Also I love how this article is from Invicta's pov, its really nice to have her address Lorne throughout. Great work!

Love the detail with them seeing bodies as vessels due to molting!