Pie Holm is the mysterious desolate island to the far south east of The Isles of Orlend. The island is solely inhabited by Pies, who hoard their trinkets and treasure here in the many nests that adorn the rock faces.   Pies are thief-birds. Not much bigger than a starling, but have a cocky attitude and a caw that mocks you as they fly away with your shiny trinkets. They won't hesitate to swoop down and peck an earing from your lobe, or even steal a coin from your pocket while you sit and have lunch. Their colony lives predominantly on this island that has been named after them, though small clusters of them live on the main island of Orlend.

To the north of Pie Holm is the larger islands of Steep Holm and Flat Holm, and to the west lies the tiny island of Raven Holm which is home to the aggresive rival species of corvids. 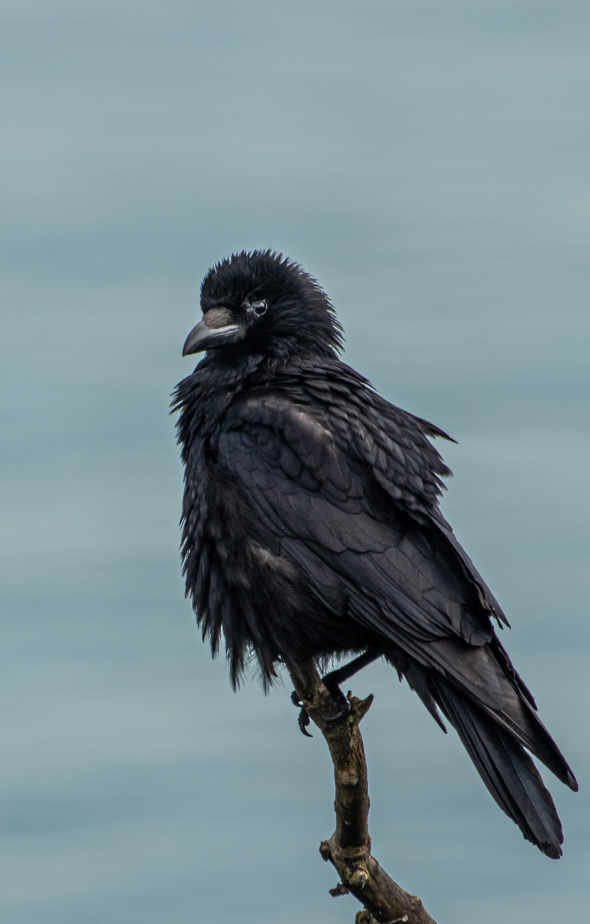 by Peter F. Wolf on Unsplash

War of the Corvids

The pies of Pie Holm are at war with the ravens of Raven Holm. Their colonies are so close to one another that nests are raided, eggs are smashed and treasures are stolen. The ravens are at a disadvantage with such a small island, but are arguably stronger, bigger and smarter than the pies.   This ongoing feud between the birds makes the waters between the isles impassable unless small vessels are suitably covered and skirt through the passage quickly at night.
Pie Holm is inhospitable due to the pie population. They are very protective of their nests and treasures and will aggressively dive-bomb, swoop, peck and claw out the eyes and ears of any trespassers. The Orlendian Government decided that it's simply safer for everyone if the pies stick to their island and are left alone to their own business.   Those foolish enough to try and retrieve stolen jewelry will lose the light from their eyes and have a hard time finding their way back home.
Log in to World Anvil to view bonus content and secrets!

need separate zoomed in version of these isles

Home Portfolio Blog
Back to top
This article has no secrets.