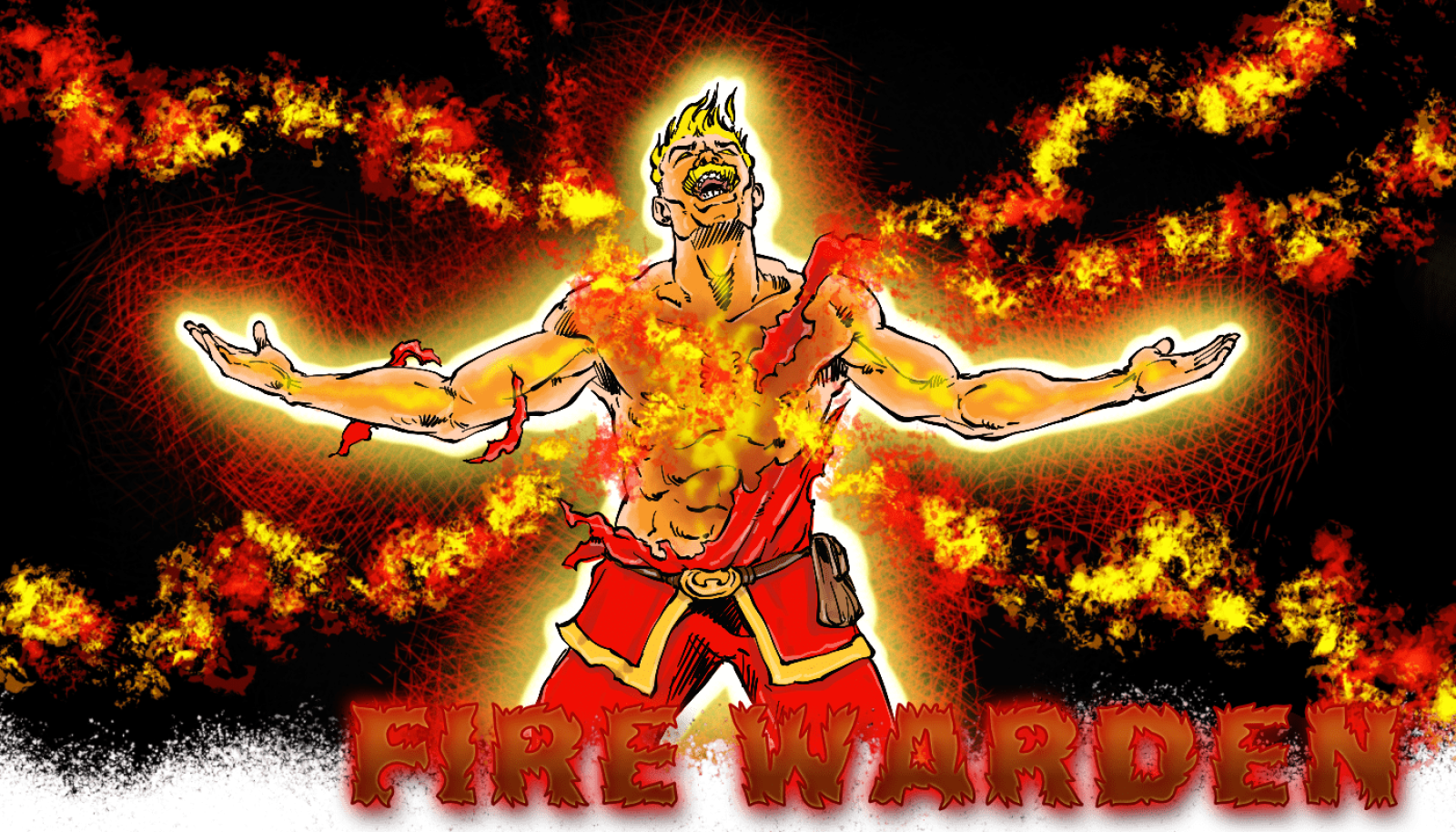 Wanted Hero    Magic      Fire Warden
When the people do all they can to save their belongings from the misfortune of fire...and what started as a mistake or accident, threatens to consume all in sight, seek the Pälovartijä.   Standing between the elements and mankind, these masters of heat consume the touch of death, sending it to an early grave.

Fire Wardens, known among fellow mägo as Pälovartijä (PAH-low-VAR-tee-yah) are a uniquely 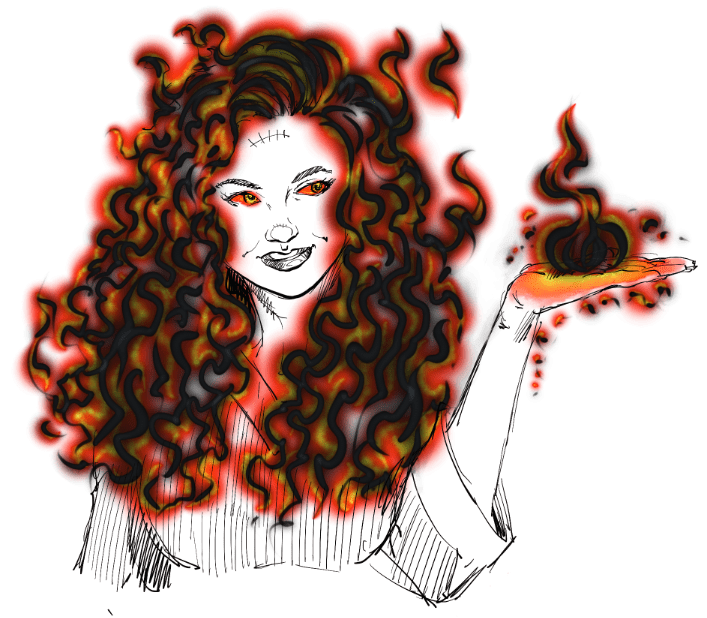 skilled group of Elementalist. Able to tap into 'Core', 'Inner Physical', and 'External' disciplines of magic simultaneously, the Pälovartijä are both rare and desperately sought after.   Assisted by a group of Ävustäjä (ah-VOO-stah-yah) or aides, assistants, helpers, a Fire Warden's primary function is to control fires in densely populated areas, especially where a water source (or easy access) is lacking. In short--Fire Wardens are charged to protect life and property when normal means fail.

The difference between a Fire Warden and that of an aide, or "Täjä" (TAH-yah, slang for 'useful grunt'), is that heat can be drawn from any source into the mägo themself for a short period of time. This heat can then be transported to a safe location and released--usually into a water source--dousing/countering the heat.   The greater the skill, the greater the heat source and length of containment. 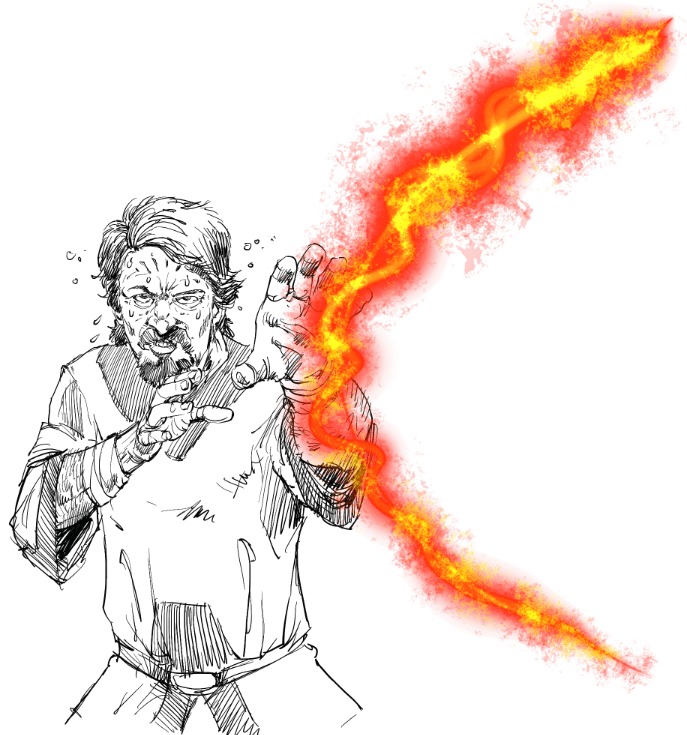 Täjä on the other hand are limited to the 'External' discipline and are used to channel the flame and heat from one location to another. The actual skill is in creating a specific vortex--throwing it from one location to another, where a fellow Täjä will 'catch' the flame and throw it to the next colleague.   Though this is done over short distances, a number of Täjä usually attend to a single Fire Warden, allowing for chains to be formed, heat drawn from large fires, and the extinguishing of such heat within nearby water sources.

A Fire Warden is required to wear specific red clothes, allowing for others to easily identify them as a Pälovartijä. The tunics and pantaloons are a bright red with a two inch boarder along the edges of the tunic in bright yellow.   Täjä are identified by the exact opposite--yellow clothing, with a two inch boarder of red around their tunics.   Some Pälovartijä are known to walk barefoot, allowing them to discharge heat into the ground, rather than a water source. 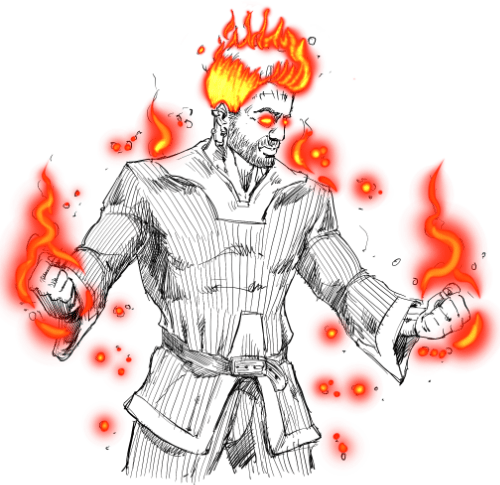 Must pass University of Magic trials, but average age tends to be mid-20s

The Pälovartijä are not gender specific or dominated

Teams of 4 or greater

One of the most famous Fire Warden resides in the City of Andilain, is Sir Christopher (of Riverside), but is affectionately known as 'The Tree' due to his unusual height of nearly 7' tall. A man of the people, Christopher grew up in the most impoverished part of Andilain as a street rat--until it was discovered that he had magical potential.

The youngest Pälovartijä recorded and one of the most talented, is Lady Cadence. At 22 years old, she had mastered her skills, passed every required test and applied directly to Lydric of Dubail in the hopes of gaining a position within Castle Andilain.   During her interview, an intoxicated stablehand lit one of the barns on fire. Cadence single handedly pulled the out-of-control flames from the barn and sent the flame into the nearby well. Her actions saved three servants, the livestock, and won her the position she desired. 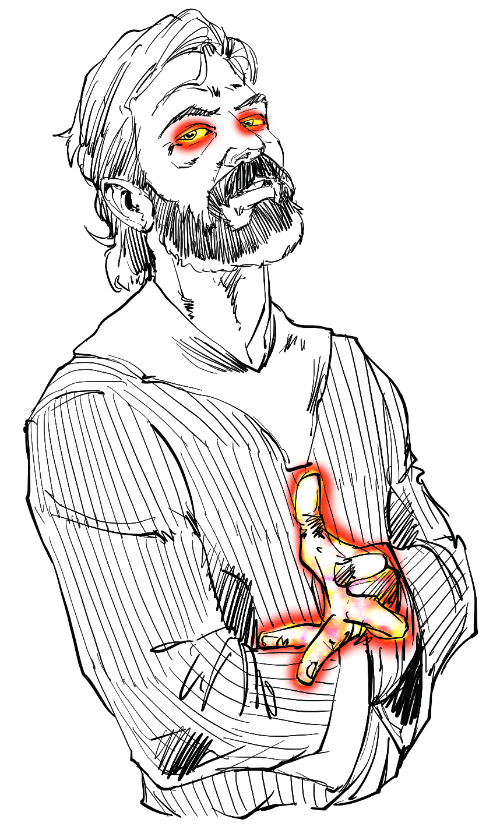 There is something I want to add here, though I'd still consider it controversial. Thing is -- the sources I have are both trustworthy, AND they are witnesses to the very claims they make.   Fire Wardens are being used in the torture of prisoners.   Their ability to draw heat has been refined and 'perfected' in such a way that some mägo are able to draw warmth from seemingly ANY source. This includes sentient beings!   Imagine frostbite in the middle of a scorching summer, or drawing the heat from the chest to the degree a person would be unable to take a breath.   Now imagine the thought of having your blood boiled, causing your heart and lungs to burst.   IF these claims are true--and I believe they are, every citizen of Andilain is in danger, should they cross the wrong person in power.   What I have NOT been able to discover, is the identity of the person(s) behind this.
Magic

Gain FULL access to this site by joining the CHRONICLES OF A HERO email list
Get to know Jaime Buckley--the crazy author behind it all.   All artwork and content is ©2005 - 2021 Jaime Buckley. All Rights Reserved.
This site is a work of fiction. Names, characters, places, brands, media, and incidents are either the product
of the author’s imagination or are used fictitiously.
We do not take submissions of ANY kind.   Proudly powered by World Anvil.
Article template
Profession
World
Wanted Hero
Category
Magic
Author
WantedHero
Publication Date
2 Mar, 2021
Creation Date
28 Feb, 2021
Last Update Date
8 Mar, 2021
Visibility
Public
Views
742
Favorites
11
Comments
1
Work In Progress
Tags
fire warden mago fire taja

I love everyday professions that branch directly from magic, so these people are AWESOME. And your art, especially his expression in the second image down, really brings them alive. Beautiful work!

Thanks, Angela! Always appreciate the feedback.   Funny thing is, my son in law is the Fire Warden for our county, so listening to him talk about all the fires last year got me thinking about my world and how it needed something to work with the larger disasters.   ....but with a twist.