A light-hearted prankster and the Lead Botanist of Hydroponics AB1 aboard the HMJ Ambition, Gabe is one of the first Mordena born into life with the fearsome mercenary organization. His travel with Mordena Public Relations as a member of the Civilian Corps allows him to satisfy his mild adventurous streak while still keeping safely close to his roots.

One of the very first children born on Janikk, Gabe learned little of life outside the Mordena, his parents content to focus on their gratitude for what they had rather than the pains of where they had come from. Gabe therefore spent his childhood dreaming of roaming the wilderness of the untamed planet, befriending the biologists and mercenaries who frequently patronized his parents' small business crafting personal protective equipment and clothing.   Sneaking away from his studies one day with the intent to explore a nearby cave system several biologists had mentioned visiting, the young Gabe found himself the target of a nesting raebevakk. The oversized gear he'd borrowed from his parents' shop was shredded in seconds, and Gabe would have been next if not for the timely return of the biologists.   Swearing to never dismiss a friendly word of warning again, but unable to suppress his sense of adventure, Gabe instead turned his attentions to the stars.

Gabe's education consisted entirely of private tutors, as the Mordena had not yet required nor developed any methods of formal group teaching by the time Gabe was ready to learn. As a result most of his lessons were custom tailored to his aptitudes and interests, leaving him with an enviable grasp of Agrokinesis and Alchemy, plus a workable understanding of Runework and Psychometry, and a thorough book knowledge of universal history, mathematics, and several languages beyond the standard Galactic Common and Morjakk known by all Mordena.

When Gabe felt ready to choose his own role within the Mordena, there was really only one choice which would satisfy his need for adventure and his love of the wonders of home on Janikk. Apprenticing himself to Tarvick Nalonni, Gabe poured his efforts into learning everything he could about spacecraft hydroponics, eventually earning his way onto Navarch Jake Lawrence's ship, the HMJ Ambition, as a member of the Mordena Civilian Corps.   Currently he serves as the Lead Biologist of Hydroponics AB1, seeing the universe from the comfort and safety of the diplomatic vessel, punctuated by periodic trips planetside to see to the care of an assortment of Janikk-native plants in allied locations such as The Sovereign Spoon, and investigate new Agrokinesis methods for potent use back home.

Gabe has a serious mischievous streak he often puts to use pranking new coworkers and friendly visitors to the Ambition. He means no harm in the fun, using the experiences as opportunities to share his own excitement in the wonders of Janikk's useful and varied plantlife with those he believes will also appreciate them. 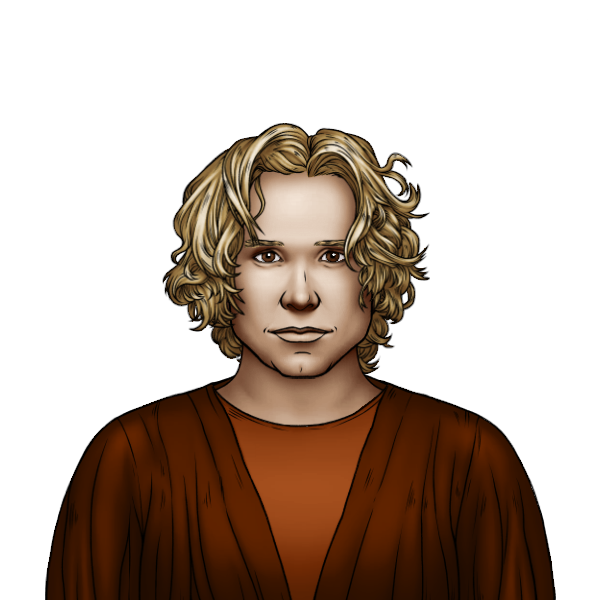 Homeworld of the Mordena mercenaries, Janikk is said to be a planet of fantastical, hostile wildlife haunted by an ominous sentience.

Once known as the SCS Subjugation, the HMJ Ambition has been converted from its former role as a Sparnell Confederation Special Operations Destroyer into a well defended mobile headquarters for Navarch Jake Lawrence and Mordena Public Relations.

Oooo another awesome character! I like that he kind of walks the line between adventure and his roots. That's a kind of character you dont see often. It's usually one or the other XD   Oooo education tailored to the student! That is enviable in it's own right. Oh and he's a prankster? Yes. I love it! Well done.