Fate might be aggressively flirty on the Net, but it's mostly a defense mechanism against getting too close, as relationships can be manipulated by foes. He hasn't left his bunker in months--and even then only in a brief escapade to right a wrong and save a friend--preferring the safety of its interior and the familiarity of submersion in code to anything the outside worlds have to offer. Behind the flirty façade is a adorable nerd with a twisted sense of humor and a desperate need to remain in the physical world, even as the Net beckons him deeper each time he goes in.   A hacker and miscreant for hire, Fate handles technical missions and accepts payments through various drop points. He also manages logistics and surveillance for a small network of agents who can take sabotage and spying to a physical on-site level. He takes care of his own, but even Fate is baffled by his penchant for rescuing damsels in distress. 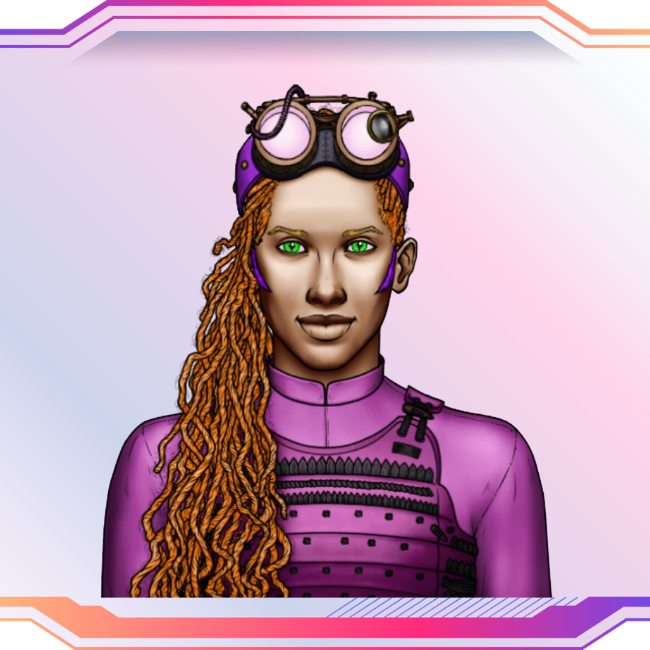 Fate is an irrepressible flirt & an unavoidable nuisance if you've got tech about. He's an exceptional hacker & know-it-all, and, due to that knowledge, he vastly prefers life in a sterile bunker to the outside worlds.

Vazdimet Studios is seeking Beta Readers for In Spite of the Inevitable, the first novel in the exciting Mordena Dawn series!
For more information, check out the article below:

Beta Read: In Spite of the Inevitable

Sign up to Beta Read the current draft of In Spite of the Inevitable, and provide your input on this character-driven Science Fiction Fantasy novel covering such topics as redemption, resurrection, found family, and magic as technology.

This character belongs to Dani.