The Holy Mountain of Tjortarik

Tjortarik was a holy mountain of the old Nelqorana, and is the highest mountain in the northern mountains. It is nestled in the east of the Mountains of Das Eklachen, and is unique in appearance. It lays in a flat depression between the many other mountains and rises gently from the plain, at first. Surrounding Tjortarik are low, grass-covered ridges, which are called the Tjormasunder, or 'Roots of the Pillar'. Towards the summit, the slopes become almost vertical, and cannot be ascended easily. The Nelqorana built a long and spiraling stairway around the mountain, with shrines placed along the way meant for meditation.

The summit of Tjortarik is flat and depressed and can hold a great multitude. It isn't known what the Nelqorana did here, exactly, but the summit holds great gravitas and commands respect even in this day and age. It was clearly a place of religious significance, but to the true gods or to the Devils in Hell, it isn't known.

Cut into the mountain in certain places are crevices that look like eagle eyries. Supposedly, the Nelqorana never let their great eagles ever leave the Nelqorana homeland, so these crevices might just be products of the natural wind. It is difficult to study the mountain Tjortarik, as the stairway rounding up the peak has collapsed in many places - the more destroyed it becomes the closer you reach the summit - and so the mountain becomes increasingly impassible the higher you go. 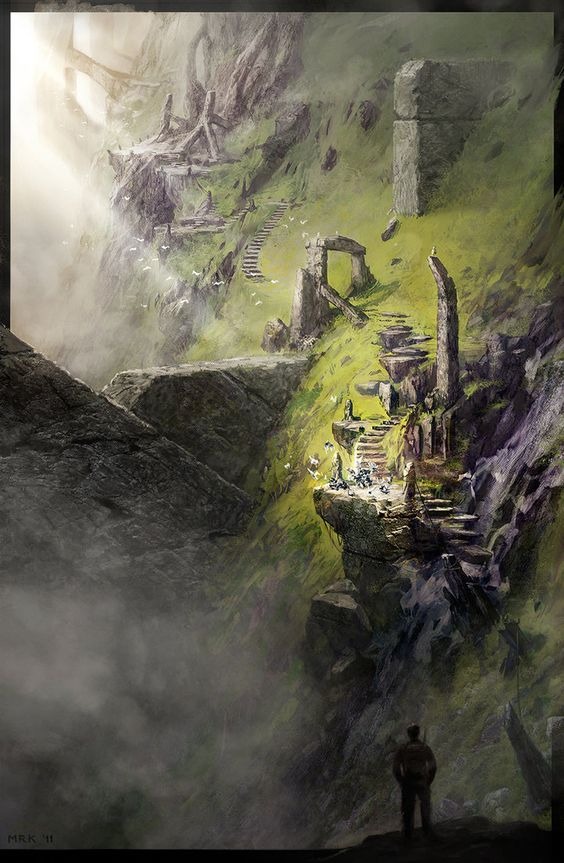