A Once Widely Practiced Ritual

Death is the portended future of Men. Because of its ubiquitous nature, there are various different reactions to death. One of the more alien and ancient customs is that of the Northern Men. That is, those who live about the latitude of the Mountains of Das Eklachen or higher, at the edges of the fjords.

The Northman's resting place is often marked by a small symbol, such as a cross or a hammer standing upright. The more prestigious Northmen have a cairn or a raised mound above their resting place. Within the cairn will be runestones dictating the man's life and other memorials and treasures. Indeed, these cairns can be quite cavernous and deep, keeping the remains of a long and prestigious line of a Northman's family preserved. These mounds are usually protected by the still-living descendants of the cairn inhabitants, as they tend to attract unwanted attention from looters. Some of the more ancient mounds and tombs have enchanted guards, using a sort of Dwarrowish magic likely sourcing from the now ruined Halls of DasEklachen, these guards usually being reanimated persons who once served the masters who now lay at rest in the tomb.

But most often done in the north is the practice of ritual burning of the corpse. It has been noted that even the frost giants of the north practice this rite, although it is unknown whether the Dwarrow of the region once did this. It seems unlikely, but the Dwarrow are a secretive folk. The ritual burning was accomplished by setting the corpse on an altar of stone and straw. The fire would be set by a torch, held by a young man related to the deceased. Just as often done was the practice of ship burial, where the deceased was set on a ship and released into the high seas. Sometimes the ship would be burned from afar by an arrow shot. The ship would be laden with earthly possessions, including captured slaves who were sacrificed. 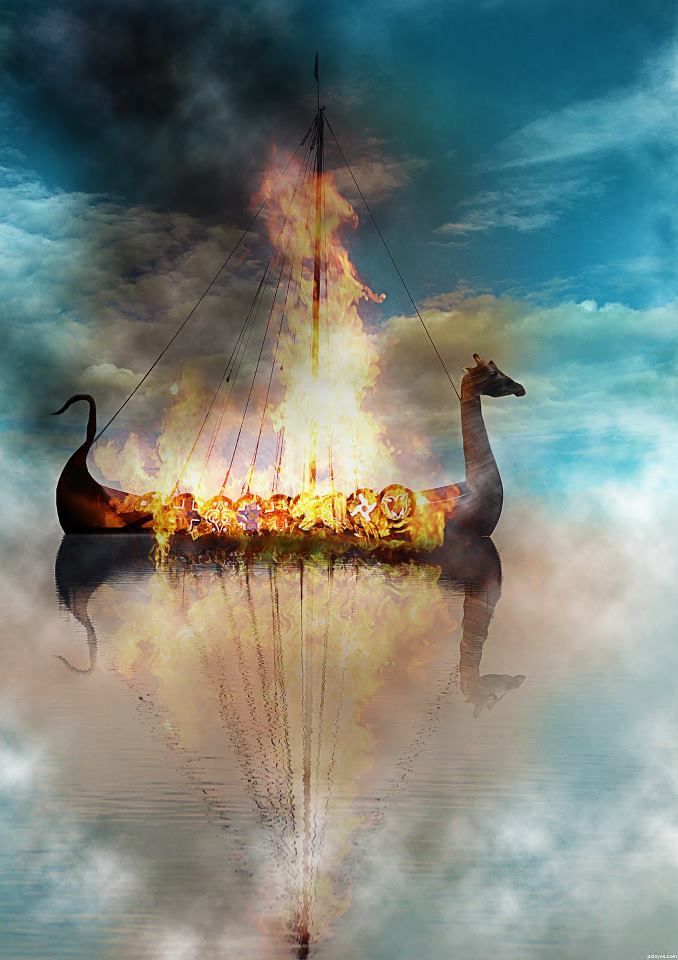