One of the three ancient Chromatic Dragons, Gaorung is the great deceiver and the genius tactician of the chromatics. While he currently guards the hidden fortress of Amîkgur, in his heyday he ruled a web of kings and lords poisoned by his honeyed words. His most evil deed was the felling of the Kingdom of Das Belchara: the Kingdom of the Blue Dwarrow. Though he was eventually driven out of the shadows and was summarily defeated, he escaped and lives on in hiding. It is said that Gaorung alone has rediscovered the Spell of the Dragon-eyes. With it, he may hypnotize and control whoever he pleases. Though he is the weakest of the three ancients, he is by far the most cunning and subtle. 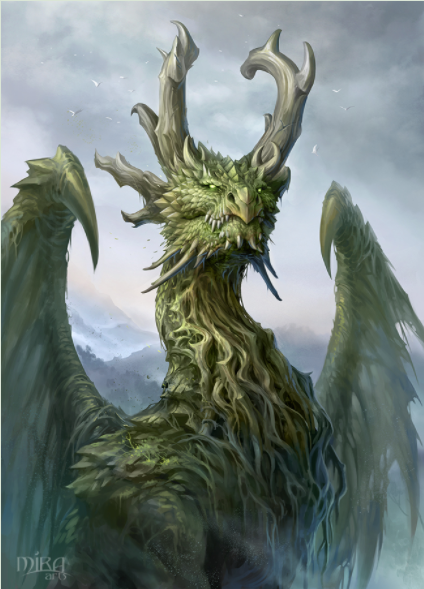