A Contubernium is the smallest organised unit of the Legions, it comprises 8 men in their own tent with all their kit and usually a mule to carry said equipment. A Contubernium on it's own is not to be dismissed as a fighting force, they will be deployed to protect roads, small villages, garrison a town square or clear out ruins and cave systems.   A Contubernium is led by a Decanus who kept discipline and organized the tent, they are usually the oldest Legionary.   The Contubernium is the smallest deployable unit of the Legion and it will often be deployed on its own and asked to work on its own initiative due to the area of land they are expected to cover. The Decanus will be given a stipend of money they can use to hire mercenaries and local militia to bolster their forces as they see fit.

Eight men organised into a single tent with a mule for carrying the kit, occasionally with a slave to service kit and cook.

A single Contubernium will usually have:

The Contubernium is usually led by the most senior soldier in the group and holds an informal rank as a junior non commissioned officer (Decanus). They report to the leader of the Cohort who gives out orders.

The strength of the Contubernium is in team work, a row of 4 Legionaries side by side with Gladii and Shields ready is a formidable force and can hold virtually any ground due to their training. 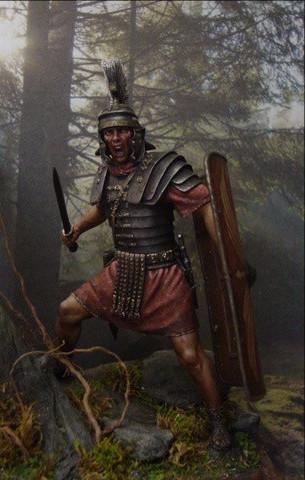