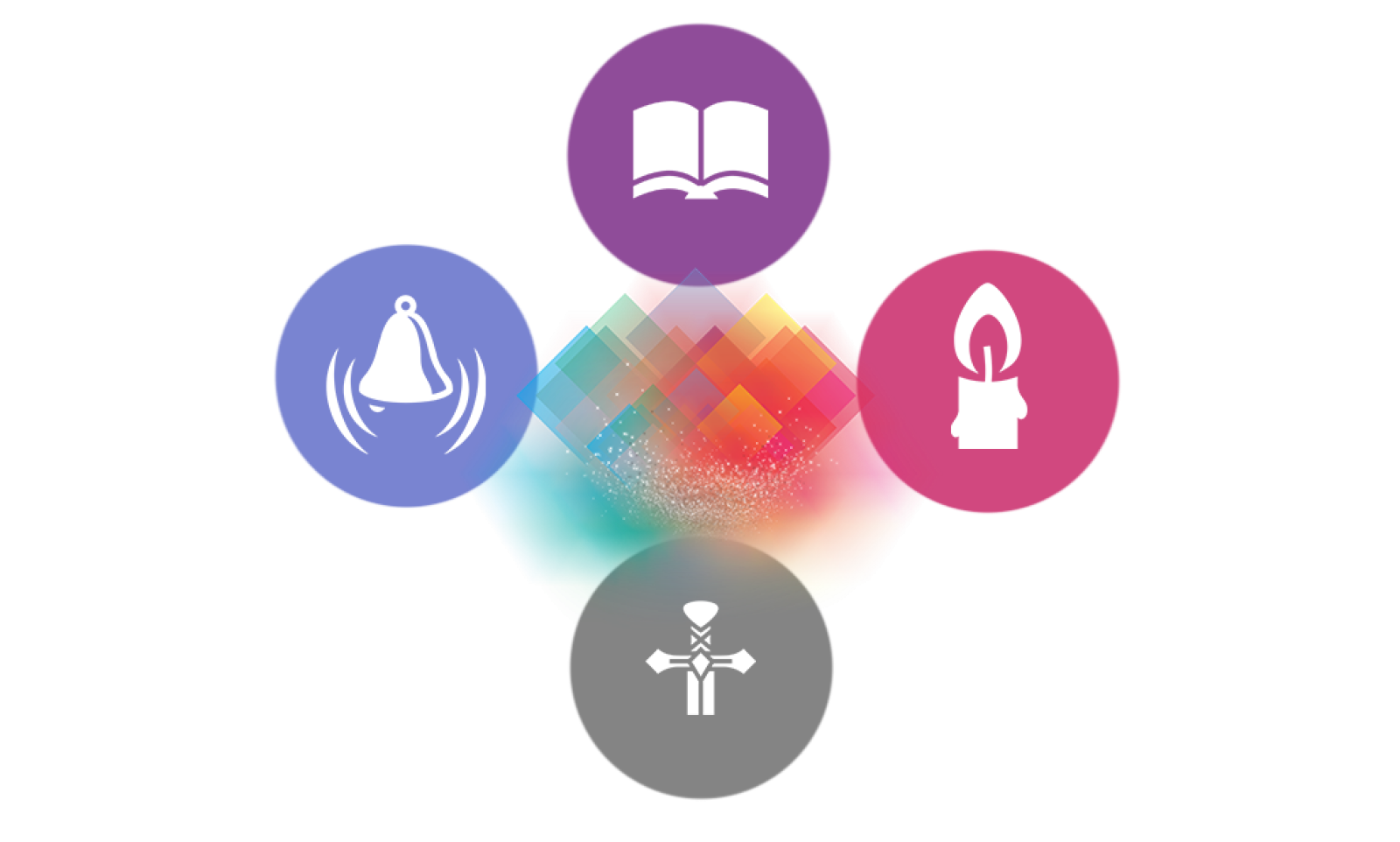 Knowledge Is Our Forte

Each Icon is CC or public domain, they were modified by myself, and the creators are as follows.

The University divides itself up into four distinct branches each branch is made up of several divisions: The Knights, The Scholars, The Scribes, and The Clerics. These divisions are large groups who specialize in a specific aspect of the organizations work. Some divisions are further broken up into smaller tasks forces. These task forces are cater to handle different situations depending on which task force you're talking about.

The Knights are, essentially, a disable private army. Each division is designed to handle warfare in specific elements similar to how many modern militaries break up into different branches. Each division and subsequent task force is named after those made famous in war. They're some of the best equipped members of the web. During an incident there are few things one can hear that can bring a sigh of relief like that of the University being on the field.

This branch the University serves as the backbone for the entire organization. they deal with logistics, keeping inventory on every asset that the university has a as disposal. They lock up these assets and require everyone to check them out and return them upon returning from them the field. They are also responsible for painting all the knowledge obtained by the University. University scribes are responsible for some of the most prolific tomes of knowledge regarding the supernatural in the world. From field guides to esoteric grimoires, describes are often regarded as keepers of knowledge and secrets. Divisions and subsequent task forces are named after famous artists such as painters, writers, and musicians as well as philosophers.

The Scholars of the University are the most valuable asset they have. Specifically conditioned to possess the Ingenuity, adaptability, and creativity required to research the many fantastic and horrifying things the web has to offer, Scholars take great pride in their thirst for knowledge. They leave no stone unturned and often try outlandish experiments to achieve surprising results. They are the research and development branch of the University, and regardless of what you think of the organization, it can't be denied that without them, The Web would be a much more dangerous place than it already is.

Sometime in the early 80s, a major Discovery was made regarding psionic potential in a select few members of University. This potential was tapped into now, The Clerics are a branch consisting of those who have power beyond that of the physical realm.
Some make use of ritualistic arcane practices that have been around for centuries. Others maximize their psychic potential and become fierce mediums, the clerics also have task forces that consists of pseudo paranormal entities that are willing to work with the University. The clerics named their divisions and subsequent task forces after historical figures said to have possessed unique abilities and fictional characters who are known for their power. 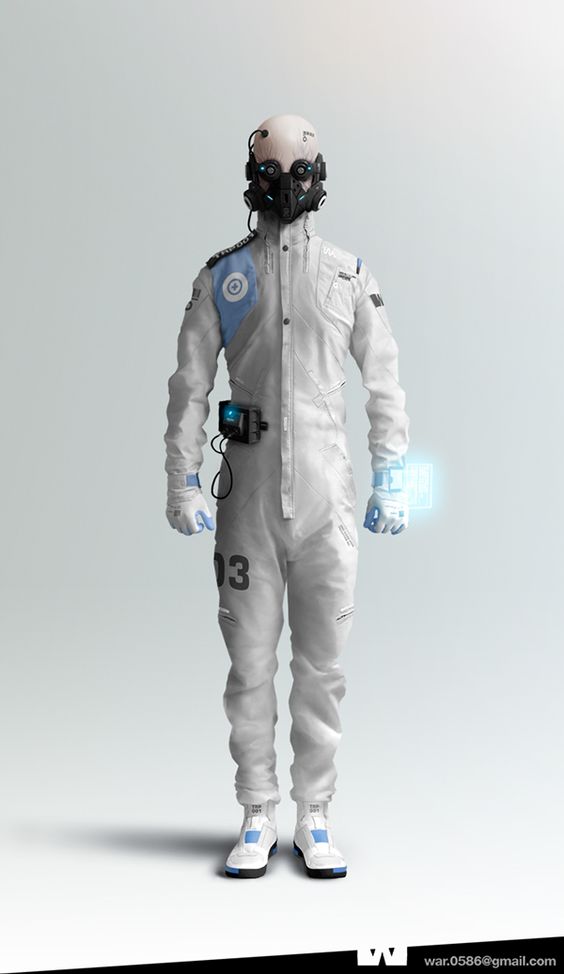 The organizations of the web have taken to using the exact same taxonomy that the university developed when referring to supernatural and psuedoparanormal entities. The University has gone out of its way to catalog what they often refer to as 'an extended Tree of Life.' They list several traits that are shared among many of the entities they study and assist in finding out how these entities work in the confines of nature's laws, or on occasion, outside of these laws.

The University has different levels of clearance for its members and each branch often uses its own hierarchy. The university itself has a centralized hierarchy that is meant to consolidate all four branches. Each branch has a position, Provost, who is responsible for governing the entire branch. These four make up the actual leadership of the University. But I was at my are the leaders of each division, and then leaders of each Task force. Getting yourself into one of these positions is often a difficult task requires some exceptional feats in order to chosen by a Provost to fill the position. This serves as a method of motivation to discover new things and further the things that we already know.

The complex is buried underground and is well defended. The Complex boasts walls built with intricate layers of concrete and titanium steel. There are over 600 distinctive cubic cells that make up complex. Each cell varies in size. A single cell can range from a dorm cell that can house members of the University in private rooms, to massive laboratory complexes, libraries, and testing grounds. A cell can be anywhere from the size of a football field to the collective area of a skyscraper.     The complex features several strategically-placed recreational cells as well, to facilitate the recharge and rest of their members. The entire complex is powered by geothermal energy gathered by the power plant cells located in the deepest part of the complex. Solar energy from a surface complex is also gathered in abundance using panels made from carbon nanotubes to maximize efficiency. On top of this, it is rumored that there is a nuclear fission plant located near the complex, a pet project that bore fruit not too long ago. Each cell could be considered a massive building and its own right and many are divided into rooms and smaller cells for a variety of reasons ranging from privacy to efficiency. Another notable feature of the complex is its lighting. Do the fact that the complex is underground and many individuals spend much of their life there, the sun is not seen very often. This was causing an enormous amount of health hazards among the complex's growing population. Psychological issues along with various deficiencies began popping up, and as such, the scholars went to work.   They developed light fixtures capable of producing light that can do similar things to the light one would have on the surface. No one truly knows how they did it, but likely has to do with cleverly designed pockets of temporal dilation that allows the light from the surface to bend through the Earth towards the fixtures. The light is then radiated from the fixture, essentially bringing the sun's light to the complex.


The University At A Glance

This is merely an introductory article of the University. The university is so large that it requires further breakdown to fully understand its complexity. Below is a map of famous groups within the University to give a brief glimpse into it's inner workings. It is incomplete, so it is a WIP.

The University
Open full size
The university is made up of many divisions and task forces. Each has a role to play in the overall organization. On this map you will see the ones that have been created, and can read an overview of them, as well as venture to their own article if it has been finished.

Articles under The Alexandrian University

So I'm having a difficult time keeping three of your similar organizations straight. the Oxford Cabal, Alexandrian university, and Carthage. Here's how I understand it so far:   The Alexandrian University is the granddaddy of them all. It's full of folks who read books and put that knowledge to use, as well as a bunch of other things. It's truly the largest organization in the web, and a good place for any other organization to go to if they lack the knowledge they need.   The Oxford Cabal is full of folks who are granted the prestige, which is a more innate magical power. If you know DnD, it's sorcerers rather than wizards. They broke with the government because they didn't like being used, so they're just a bit rouge.   Carthage looks into ways to use the candlelight directly. They gouge out their eyes so they can increase their power without risking... something.   Did I get that right?

Oooooo so yes. Those three organizations are heavily linked, as they all kind of helped each other grow and such.   You pretty much hit the nail on the head with the descriptions, though the Cabal is like both a sorceror and a wizard. Imagine a scorceror who natually has power but has to actually learn to access it and improve it, as well as figure out what power they actually have... eh to be fair you're analogy is pretty damn spot on.   Carthage is a weird beast, and that's where things get particularly weird. Carthage is trying to understand the candlelight and they have to delve further to do it, so eye removal. I can't remember if you read the article that shows a bit about those.... risks. Lol there are adverse effects to candlelight but there are bigger risks to avoid.     So far so good. You got it down. I keep track like this when writing:     Cabal=magic Magicians=psychic University = sscience and technology.   I hope I helped. I've yet to really push into these organizations and really separate them firmly.

The cabal is Harry Potter. got it.

Lol good analogy, though no irresponsible adults, no children... Really no learning either.