A legend about the tank who killed a Warden.

Tiervalr is a mythical tank known all across the North and the Far Lands, referred to by several similar names.   He was a brave, powerful fighter, leader of a team. In a particularly brutal battle caused by a hostile team attacking Tiervalr's team in the middle of the night, he was lethally wounded.   When Skeggi appeared to take him to Fridvangr, he refused to come with her because he wanted to have revenge on the enemies who defeated him and his family. Skeggi told him that she was not allowed to let him live, and she insisted to take him with her, so Tiervalr killed her.   He knew that he would not stand a chance against the hostile team if he was to attack them alone, but had an idea. He took Skeggi's wreck and went looking for a mechanic. He found one, but this mechanic recognized Skeggi's wreck as that of a Warden and refused to perform the upgrade. Tiervalr threatened to kill him if he didn't do it, so the mechanic complied after all.   He reinforced Tiervalr's armour with steel cut from Skeggi's body. Thinking himself invulnerable now, Tiervalr set out to pursue the team that had defeated his. He caught up with them three days later and attacked them without warning at nightfall.   During the battle, no enemy shell could hurt Tiervalr. He defeated the team with ease, killing every single enemy. The flames from the burning wrecks lit up the night, spreading across the fields. Having fulfilled his revenge, Tiervalr waited until a Warden appeared. He watched her as she collected the souls of the destroyed tanks. When she finally approached him, she revealed herself to him as Skalmi.   As Tiervalr told her that he was ready to go to Fridvangr now, she replied that he had forfeited his right to enter it by killing Skeggi. He tried to explain his reasons to her, but as he had finished, she didn't say anything - she simply shot off his left track (in some version of the story, it is the right track) and left. The flames then got closer and closer until they reached and engulfed him. The heat caused his ammunition to explode and tore him apart into nine thousand pieces.   But since he had cheated death, this didn't kill him. He was still alive, even though his body was destroyed, because every piece contained a little part of his conscience.   The fire eventually died down. Soon after, scavengers arrived at the site of the battle to salvage the wrecks of the fallen tanks. They also took Tiervalr's parts and went to sell them at various markets, distributing them all across the land, never to be reunited.

Tiervalr was a tank of an unknown model. After he and his team were killed by a rivalling team, he went on a quest for revenge, killing the Warden that had come to collect his soul. He went and forced a TRV to upgrade him with the Warden's parts, and attacked the enemy team, killing them all.   As a Warden appeared to take them to the other side, she refused to take Tiervalr with her. He couldn't die, and as the fire he caused reached him, he blew up into thousands of pieces that were scattered across the lands.

There's no proof that any of the events in the story ever actually happened. Many - especially those who don't believe in the mythical entities mentioned - suspect that it was simply completely made up to scare vehicles.

Usually, his story is told in the form of the Tiervalr Lied, a traditional song that is often recited at campfires. Vehicles tend to change details or the wording, and it has been translated into other languages, leading to many versions of the same story; the gist and plot is always the same, however.

Despite not being a clearly defined model, Tiervalr has been depicted in works of art many times. The artists simply draw their own interpretation of what they think he looked like.

Skeggi & Skalmi
Two legendary Wardens, said to be responsible for collecting the souls of the tanks of not further specified territories. While there is no indication of them being related in any way in the Tiervalr Lied, another legend which briefly mentions them describes them as sisters. 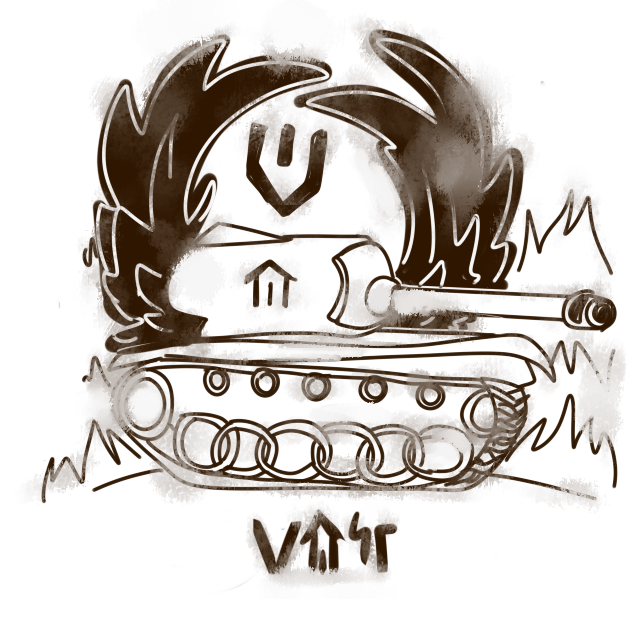