A sentient cognitive parasite. They are dangerous, contagious, without form. All we know is that they are Revenants.
The Future is Now is a cheesy sci-fi setting set in a nonsense universe where humans were exterminated without a trace eons ago and are long forgotten. The only remnants of humanity is that it's culture survived in a universe full of humanaboos.

Authors Note: This is a one off article, mostly to test how well an audio file would be received. Normally the setting is light hearted and full of jokes; while this article is more serious in tone, it is not indicative of future articles, although the Revenants may have cameos in future short stories. Revenants are an anomaly to the point of being myths, and as such, does not affect the overall tone of the setting in universe.

If you want to know what the setting is usually like check out the Barkanoids!

We've known about them for centuries. They're rare, elusive, and impossible to detect until it's too late. We know little to nothing about them and the universe at large believe they're just myths or cover stories. The below is highly classified information, it is the universe's collective knowledge on these "Revenants."

Transcript for above audio log.
This is Engineer Car'dale of the USCSS Nostromo, reproduction model 17. It's been 12 lunar cycles since our penetration drive malfunctioned.

That's not all, something happened to the crew, they're just … gone. Even the Barkanoid … oh gods … Poptart … she was such a good captain. I never paid attention to her when she talked about the Old Masters … I just … I hope I go wherever she went.
[…]
Damn it, we were just running a King to his concert and now even he's gone. Poor Hound Dog, this will be the first time you're late to an concert. Moon of Rikon 4 and 5 ... Gods … it was sold out in nanoseconds. 2 moons filled with people waiting for you, it made me feel so small. I've never seen you disappoint a fan before and I guess you won't either.
[…]
Hold up. What was that?! Oh gods. What's happened to that window? The walls are they getting closer. Oh gods, They're closing in. This is real.

They're real! What was it's name? What did Dun'ler say? Oh gods I need to remember.
Revenant?
Damn, that's not it's name.
Revenant .
It's not Revenant!
It's not Revenant.
— Data drive from Engineer Car'dale's auditory implant. Confirmed deceased; cause of death, severe Trauma, crushing.

What in The Kings' name are those things?! Why do they even exist in this universe?!
— First Contact with Revenants 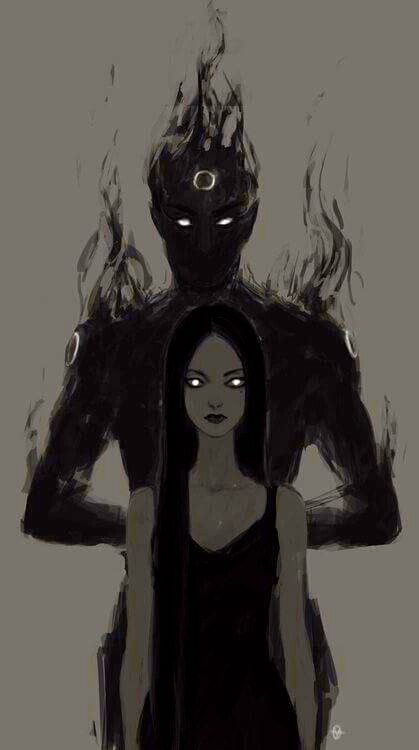 We didn't understand them, didn't even know where they came from. We couldn't control them, so in desperation we contained them. What if they break free? With their power, hatred, paranoia, then the universe will be silenced. A silence that's never been heard before.
— Data slab found on a derelict alien ship of unknown origins.

We know very few about Revenants, the extent of their capabilities, physiology, or even motives but this is what we currently know about them.

If we can't kill it by throwing it out the airlock, what are we suppose to do?!
— Concerned General

There's no evidence of them because they only exist as cognitive thoughts. You don't find thought-stains on a murder scene!
— Revenant Expert when confronted about data.

How do we even know it's a species? It could just be one being.
— Random Extranet Comment

The following is merely Extranet speculation with no empirical evidence. The below may be factually incorrect.

A race that's basically humans with dog heads. They're friendly, charming, sociable, and everyone loves them. Also they have radioactive barks.

Hey! Do you have your theories on Revenants? The first few theories in the comments that fits the setting will be added to the "Speculation" section in the article. They may or may not be right but that's the Extranet for you.

Somehow, they reminds me of those "shadow monster" in Dr Who. The episode where they are in a panet-size library that has been invaded by some killing alien life form. The alien is made of some kind of black material that can only move from shadow to shadow, and when you realise that someone has a second shadow it means they've already dead and their movements and speech are made by the alien playing puppeteer with their corpse.
Those Revenant have the same feel, as in something that cannot be detected before it's too late, that doesn't seems to have any understandable motive, but still follows some rules somehow and shows definitve signs of sentience. It creates the angst of having a threat as powerfull as a natural disaster, but with a will to target life forms. Something with a reason, but that cannot be reasoned. It's a very ominous feeling !
About the article in itself, I love the presentation, the three columns at the end works well, and I really love the idea of the audio at the beginning. I couldn't listen to it yet, because I'm at work, but even just the transcript is great. It's like the usual opening quote in every article, but pushed to the next level. It's a very good idea ! It gives a very Sci-fi feel to the article.

Ah yes the Vashta Nerada, that was a great episode.
But yea, that was totally what I was going for: mysterious, unpredictable, dangerous, and most importantly ominous.
I'm glad you liked the quote, it's usually my favorite part of the article to write.
And thanks for the compliments! I'm glad to see you liked it, I was trying something new and i'm glad it paid off!

A very interesting concept. Out of curiosity, why not use a species article for this?

Ah well, I didn't think a sidebar was necessary for the article, I generally try to keep extraneous non-narrative in sidebars. Also I want to try out the "1 page document" layout due to the lack of in-world knowledge in this, still uncertain one it.
Do you believe a traditional species article would have worked better?

Honestly hard for me to say without knowing what other details would or wouldn't be included if this were a species article - your judgements probably better on that tbh :P

I love the anecdotal accounts you use. So much personality squeezed into each one.

Thanks! It's one of things I love about quotes

I thought this was great! Very informative and the transcription was great, though I wasn't able to listen to the recording because of my kids, but the quotes are great! It reads like a news report.

Thanks! They're my favorite part of an article to work on.

I think someone has said this but I really like the little anecdotes before each section. They read really nicely and give the whole article a easy flow.