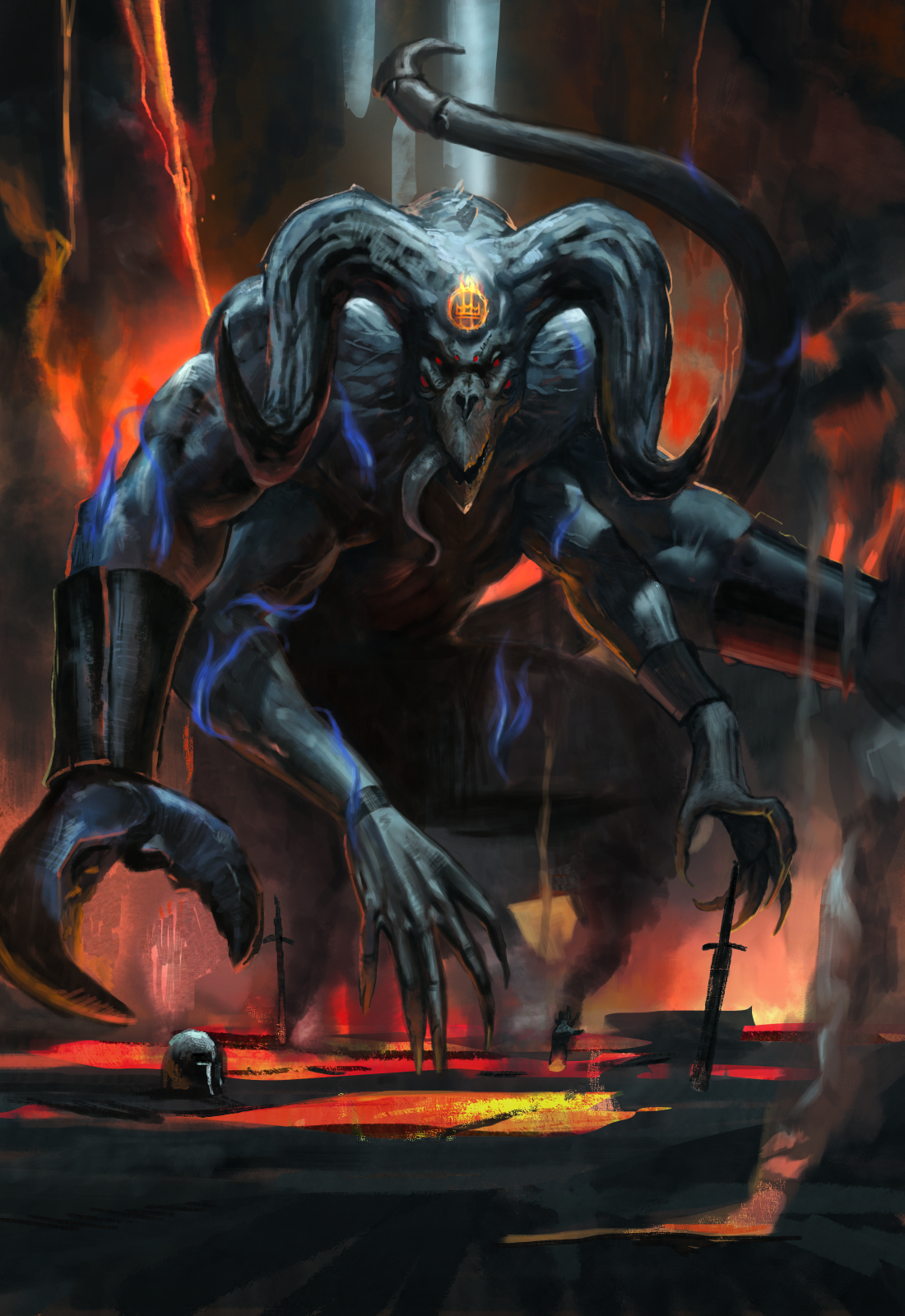 Balam is an ancient demon who is believed to have plagued many of the kingdoms of Tairos for thousands of years.   The earliest recorded appearance of the Epicurean is as a tempter of mortals who created a great divide among the early elven tribes that almost led to the downfall of race. Another account details a demon matching Balam's description who granted a great deal of wealth and power to a dwarven thane. This wish was granted by stealing the crown and riches from another dwarven ruler and sparking a civil war that led to the downfall of an entire clan. He is believed to be the siren, Nepestia, mentioned in the Epic of Leidus. Leidus was a famous and cruel noble ruler from the stormlands who's butchery and mass executions were all done to honor a sea siren that only he could see and hear. Dozens of similar accounts are found in the history every major kingdom. Even the fae are said to have struggled with Balam. Many noble houses falling to internal strife and conflict as they tried to earn the favor of an entity known as the Golden Stag.   After the Queen's Rebuke Balam, like other divine and infernal entities, began to lose his ability to physically manifest and influence the physical realm. Rather than fade from Tairos entirely, Balam sought out whatever bastions of magical sustenance he could. In his ravenous searchings he came upon the Tomb of Nuriel, the burial place of an angel far older and more powerful than even Balam. This angel was integral in Tairos' prehistory and made possible the rise of mortal nations but his name and endeavors were largely forgotten in the modern age. Even Balam was unaware of the angel. All he saw was a place to sustain him.   What he didn't know is the tomb was also designed to hold many of the entities and artifacts Nuriel defeated in his time. Balam was trapped and left to wait for centuries. Eventually, the tomb would be found by the Inheritors of the Seward Estate. They were searching for the last fragments of Nuriel's soul to use against the Cult of the Scorned One. It's there, in the tomb, that one of their members made a deal with the demon. In exchange for repairing the injuries and severed hand this adventurer had suffered earlier he would carry Balam's essence out back into the world to be free.   Balam found Tairos even more starved of magical energy to sustain him than before. He has since resorted to brief manifestations in the physical realm and spending most of his time walking the ethereal plane and watching from a distance. He delights in making demonic bargains with mortals though. He can anchor himself to them for a time and manifest fully in and around them.   However, this anchoring process is highly corruptive and often results in the manifestation of many of his mewling verminious servants, mutation in mortal followers and the blooming of ghastly and demonic tree-like growths that bear fear soaked fruits. These trees grow from inside his mortal followers and consume their bodies. The fruit takes the form of blackish apples and each one contains the emotional horror of the victim which Balam deeply delights in eating.

Flesh the color of a bruise, long curved horns, patches of dark blackish/blue fire that dances around his body,

His face mouth is beak-like similar to the toothless maw of a turtle. Upon his forehead a small flame burns in the shape of his personal symbol, a crown with four points within a circle of thorns. His horns curl downward like those of a ram and are thick, dark and look like ancient tree branches

Often found eating. Prefers his black apples but the flesh of any terrified victim will do. His voice is extremely eloquent and cultured. It stands in stark contrast to his bestial appearance.

Getting stuck in Nuriel's tomb

Cultured, patron of the arts

Acknowledge the superiority of a mortal

Savoring new fears, gathering followers to be worshipped, finding a way to permanently manifest in the physical world

Excellent with medical techniques and torture. This allows him to keep victims alive who have a particularly enjoyable fear that he wishes to indulge in 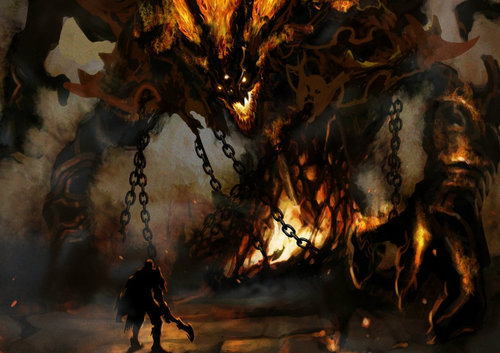