I fear I may never see my brother again. Not because he will die— but because he refuses to see another face.
— A concerned sister

Qeplue olxlikliz, or, human sickness, is a bewildering condition that seems to strike at random— causing victims to shun human contact.

No matter one's age, health, or place in society— they can fall victim to qeplue olxlikliz. Its onset is sudden, and dramatic— with symptoms showing regardless of location or time of day. As its source is unknown, methods of prevention are relegated to the realm of superstition; some will claim that sleeping on your left side can prevent it, while others say that ample consumption of yntxol fruit will do the same. There is but one certainty— it isn't contagious. After all, how can a condition that causes its victims to avoid others spread? 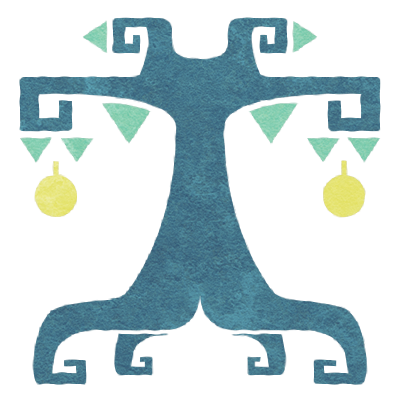 Once the affliction hits, its symptoms arrive in full force— there is no steady onset, nor is there a progression. Victims will fear the presence of other people, to such a degree that most will flee for the safety of solitude almost immediately. Those who cannot do so will often collapse, screaming until they lose consciousness. In rare cases this may activate fight rather than flight— causing the victim to attack those around them as if their life depended on their incapacitation.   Qeplue olxlikliz is typically chronic— those afflicted may never regain their previous lives. There are a few rare cases where victims have recovered, though how and why is unknown. Most recoil from society, becoming hermits living in the wilderness, or hiding in their homes. Those unused to self-suffiency often die before long, however, as they are unable to procure food for themselves.

I've come today to see you, all these years later...somehow I'd forgotten your face.
Do not fear me, for I no longer fear you.
— A recovered brother

Despite being rare, it is those few instances of violent reaction that have lead to fearful outlooks towards victims. This creates a somewhat ironic response where the healthy fear them— and avoid them as they avoid others. Due to the condition's mysterious nature, there are many theories as to how it spreads— leading to superstitious fear of otherwise harmless things.

Some cultures react harshly to the condition. The Lliaqeu,? for example, ignore victims— beliving that they should figure out how to survive on their own. It doesn't help that they believe that qeplue olxlikliz is a punishment for taking advantage of others.   The Coulqepluex? see victims as costly burdens— who gained the affliction by avoiding debt collectors.

Other cultures treat victims like wounded beasts— creatures that need aid, but who should not be approached. Hontualieu,? for example, will often collect food and supplies to bring to the afflicted when they sleep.   When members of Kyteux? families become afflicted, it is believed that they have displeased an ancestor— and are kept somewhere near the home.

Qeplue olxlikliz is a curse from a spiteful, lonely being, known as Yueneb.? Shunned by other great beings, Yueneb stews alone in their anger. They are jealous of lesser beings forming bonds, and gain some modicum of satisfaction from tearing these connections apart. Humanity is not their only target, of course— Yueneb's power stretches deep into the cosmos— they are simply one of many.   There is no way to prevent this curse beyond avoiding the being's gaze— a task that is difficult even for the most learned occultists. As such, one simply has to rely on luck.
Illnesses & Conditions

Answering: "a medical condition which is feared by some"
Visit Timepool's Competition Page Check all other answers to this prompt Competition Homepage

Very nice article with an interesting condition! :) I especially like how it occurs so sudden with the afflicted just trying to get away or attack as soon as they can.   The perception of the condition in other cultures was a nice addition as well.

That's a really scary curse, and a very good description of it, specially the different reactions. I like the explanation too.

Thank you, glad you enjoyed it!