Look at that tapestry over there! See that, those men are tossing strange orbs which appear to go up in flames upon impact!
— Deiv Arayata

Incendiary grenades were a type of thermal weapon that was used by the Vokai before the drying of the Melikke and Våkkai and their great migration to Pekkola. At some point, after they had moved from their homeland, the Vokai lost the knowledge required to create their incendiary grenades. The only recorded evidence of the weapon's existence comes from old engravings, tapestries, and sculptures.

For centuries, knowledge of the flaming orbs of fire remained lost to history. At some point after the Vokai migration to Pekkola, the technology was forgotten and generations later it had faded from memory. Only in the second century AU, evidence of the weapon's existence reemerged during a military campaign. The soldiers had stumbled across the ruins of a city next to the dried rivers Melikke and Våkkai.

In a sizeable crumbling palace, the soldiers uncovered a large tapestry that depicted an ancient siege battle. It showed hordes of men climbing ladders to reach the defenders on the walls, but they were set ablaze as glowing orbs cracked against them on impact.   The soldiers reported the discovery to their commanders, and a full expedition of the ruins proceeded. Deeper beyond the fallen pillars and destroyed chambers of the palace, the explorers noticed sculptures depicting the weapon, possibly hinting at the grenades significance for the Vokai.

Following the exploration of the ruined palace most artefacts there were delivered to Ehdabil, the capital of the Rahyamin Empire. It was done as a tribute to satisfy the ruling Bahal and to win their favour. While the majority of the items were stored in the imperial palace, a few were sent to other provinces.   One of the artefacts, the magnificent tapestry that had depicted the siege, was sent to Pekkola. During the process of its relocation, a group of unknown assailants assaulted the caravan and seized the goods. The whereabouts of the Tåsik Tapestry remain unknown to this day. 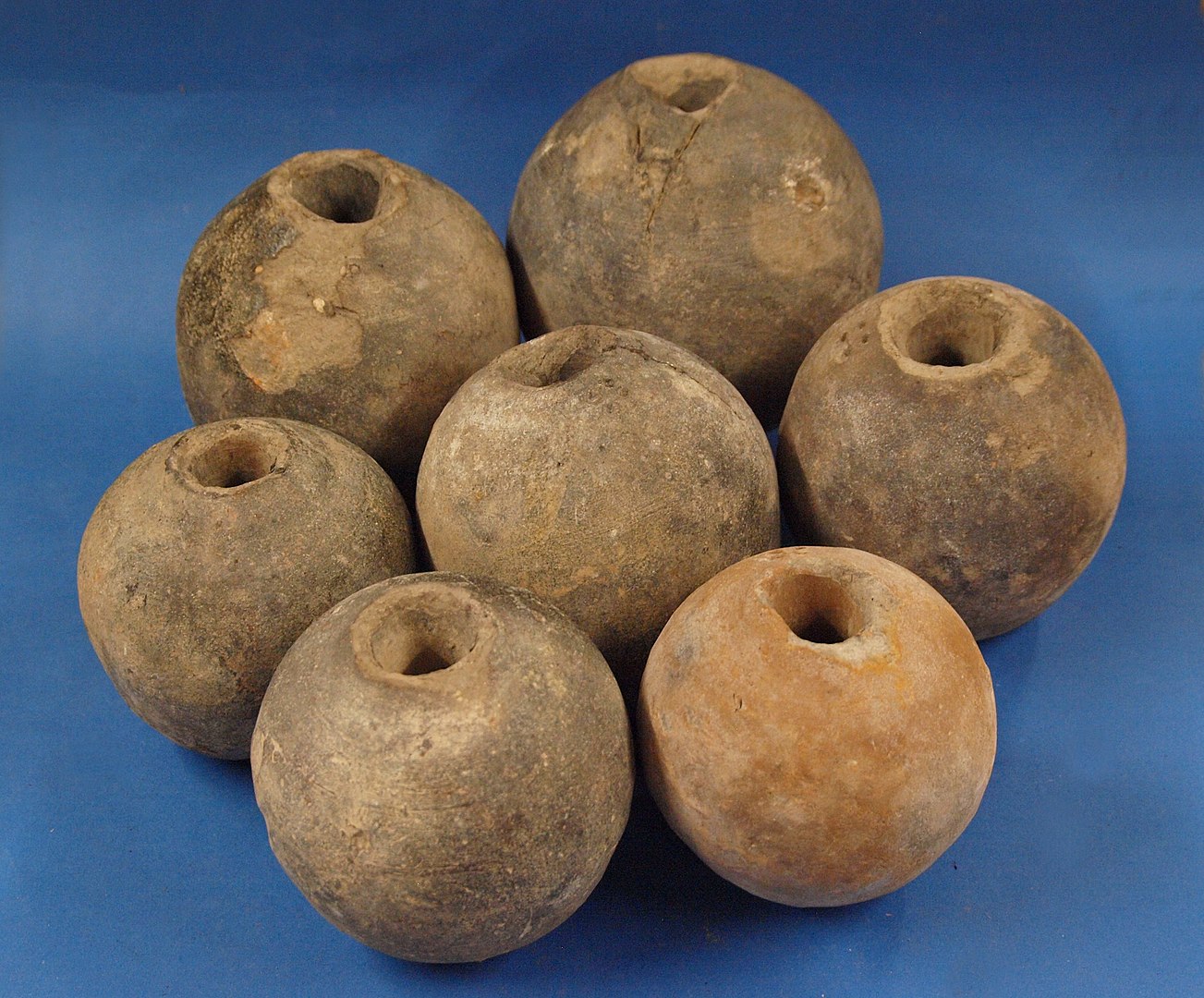