Knowing the source and merchant chain for any Dragon's Blood resin purchased is not only critical, it likely may be life-saving.
— Sidnas's Traveling Herbal Reference, 11200 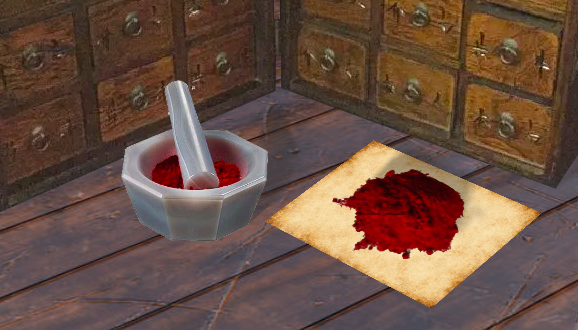 Dragon's Blood apothecary grade by Leeland Artra
1. Apothecary (powder)
The most expensive form, the resin has been purified into dense stones and ground into a fine powder with specific chemical properties. 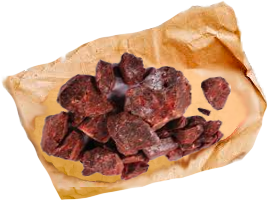 Dragon's Blood incense by Leeland Artra
2. Incense (stone)
Generally pricy form, the resin has been gathered, processed by a gentle cooking process which may also include filtration. This form usually includes impurities from the bark of the tree specifically to allow it to burn slowly and evenly. 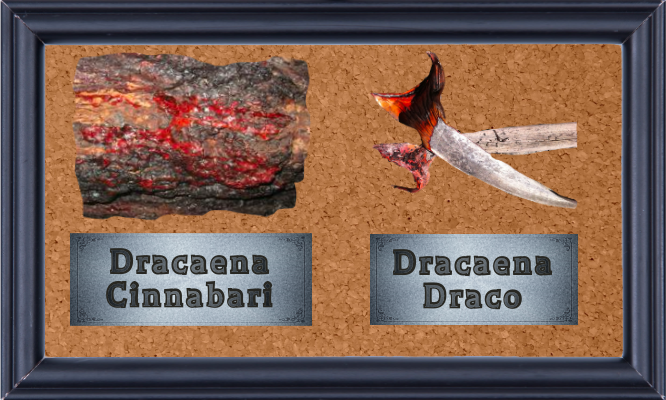 Dracaena Cinnabari
& Dracaena Draco by Leeland Artra
3. Rough (chips)
This is the cheapest form of the resin and the least pure. In this form no processing has been performed and the resin is raw as collected by scraping it from the trees.

Dracaena Resin is made from dried and processed Dracaena Draco tree palm-shaped leaves and bright berries. The tree is also commonly referred to as the Draconis Palm by the Yalthum farmers who grow them. It is one of two original Dragon's Blood incenses and medicinal drugs brought from Midgard with the other mundane flora and fauna.   The Dracaena Draco tree has very specific growing conditions and needs making it difficult to cultivate. Only the islands near central Yalthum have the correct conditions for growing the trees. The Yalthum farmers and nobles guard these trees jealously from intruders.   The berries are harvested once per year and the leaves are harvested carefully year-round. A complex drying and preparation process is used to combine the berries and leaves into Dracaena Resin which is then exported in rough stone and apothecary grades. The berries are preserved to be used year-round with the harvested leaves. This causes a slight fluctuation in the potency of Dracaena Resin with the exported cargos of mid-summer being the strongest and those in late winter the weakest.   Dracaena Resin has a few medicinal uses such as an anti-coagulant, topical cleansing of skin disorders and wounds. It is also used in love potions having slight mood-altering properties which generally lean towards more amorous behavior. It is also sold to would-be drug users as a psychodelic drug. In truth, it has limited psychoactive effects, but it can be distilled to be potent enough to cause light hallucinations and directed dreaming states when burned as an incense or brewed into a tincture. Many magical practitioners use its smoke to cleanse a space of negative energies and protection from adversarial magics.   Apothecary grade Dracaena Resin can be used with a variety of oils, turpentine, and powdered silver to create a dark red ink called "Dragon's Blood Ink", which is used to inscribe magical seals and talismans.

Myths tell that it was under a Dracaena Cinnabari tree that the first human and dragon friendship was born and that the humans named the tree for that meeting.   Daemonorops Resin has been in use for longer than the world of Niya-Yur has existed. It is made by processing the sap of the semi-rare Dracaena Cinnabari tree, more commonly referred to as the Dragon's Umbrella. The Dracaena Cinnabari tree prefers drier climates close to deserts and has been cultivated in southern Aelargo, northern Karakia, and in the specially made valleys in the Dwarven cities of the south. Although not as rare as Dracaena Resin, Daemonorops Resin is more in demand for its many medicinal uses. It is generally the slightly less expensive resin of the two true Dragon's Blood Resins and has a pleasant smoke scent when burned making it a popular substitute for various religious ceremonies and practices.   Since the beginning of time, the resin sap of the Dracaena Cinnabari has been harvested and carefully purified, and sold in spice markets for its medicinal uses.   Daemonorops Resin has many medicinal uses such as cleaning wounds, speeding the healing process, acting as a coagulant, curing diarrhea, lowering fevers, treating dysentery diseases. It can be turned into a tincture, burned as incense, and processed into salves. Taken internally as a tea or tincture it acts as a stomach anti-viral and treats ulcers in the mouth, throat, intestines, and stomach. It has strong antiviral properties which make it popular as a skin salve for wounds and it promotes healing as well as being effective against skin disorders such as eczema. It may also be steeped in hot water and breathed in as steam to treat respiratory viral infections. It is also used internally by mixing the powder with foods to treat chest pains, post-partum bleeding, internal traumas, and menstrual irregularities. Finally, it has unique magical attunement properties being able to conduct ethereal energies rather effectively making it a regular requirement for magical potions and as an incense smoke for complex rituals.   Daemonorops Resin when mixed into varnishes with other materials is essential for creating magical scrolls and inscribing working magics onto artifacts. It becomes a brighter red ink which is known as "Dragon's Heart Ink." It dries to a deep scarlet color when used for mage spellbooks. When used for scrolls it often changes to a deep blue which glows slightly when exposed to magical light sources. it is used to increase the potency of spells for protection, love, banishing, and sexuality.   Daemonorops Resin's bright red staining properties also make it popular with carpenters and musical instrument makers in a varnish form. Other historical uses have included in toothpaste, as a restorative treatment for ancient portraits, and some scientific explorations for mining. It can also be found in a surprising number of health and beauty products mixed with other natural oils.
Login or Create a Free Account to Pick your level: 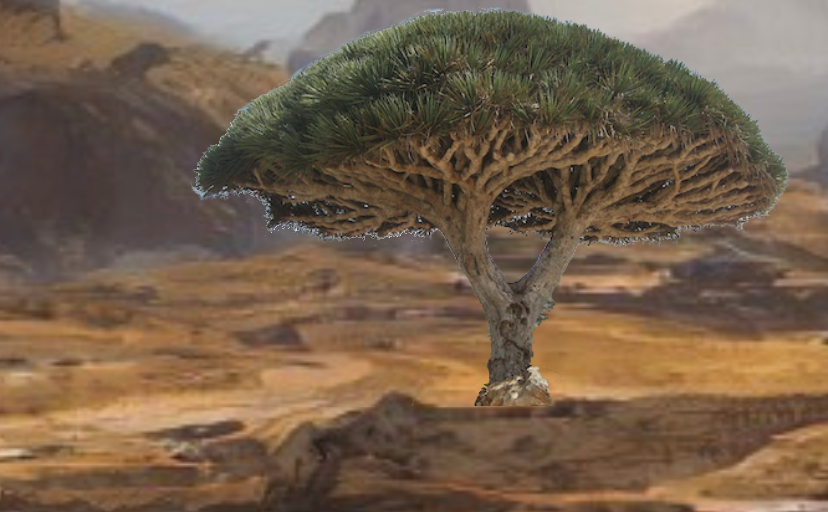 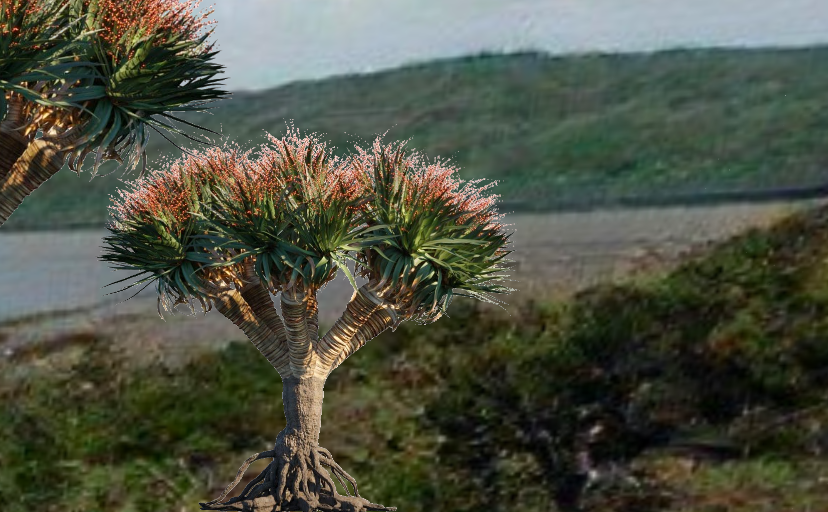 Dracaena Draco by Leeland Artra
In response to the prompt Describe an unusual or extraordinary plant species in one biome of your world!

By a hot java for Leeland?

Very nice - all i have to say is that the descriptions of the two resins do not align in structure (order of what is explained) and that was a bit odd for me. Apart from that beautiful work

Oh my god! This is such a beautiful piece of worldbuilding, and you honestly captured my heart with that last line because EVERYONE forgets about the cosmetics industry!! Anyway, I adore this; thank you for writing and sharing with us!