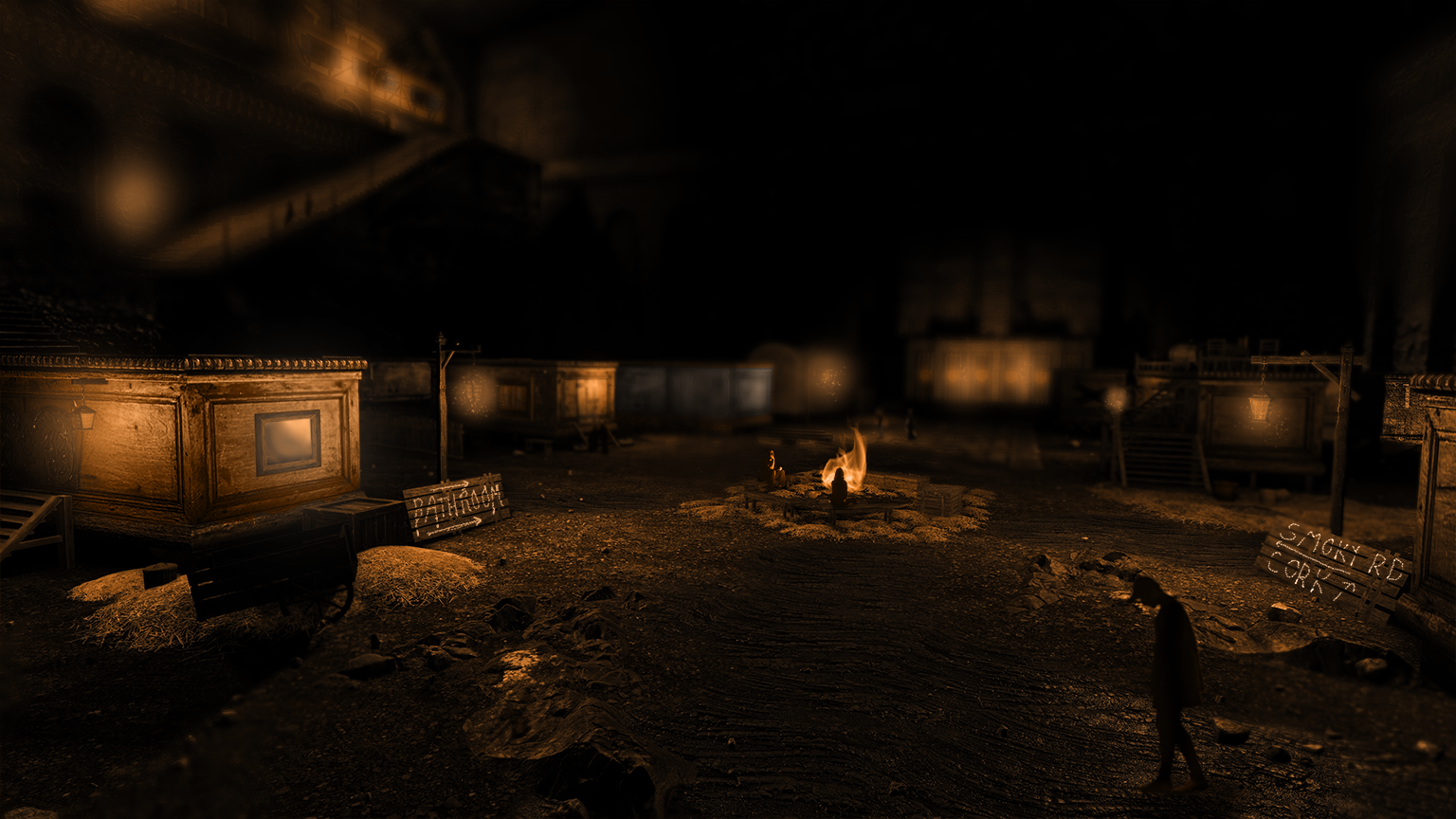 Underville is a Jiy district accessed by old train depot entrances in the Kells. It is a community of undershanks who work for syndicates, their families, and guttershanks avoiding the chasers and the law.

Phortoun's Way
Underville began as an enormous underground train station in eastern Jiy called Phortoun's Way. Built by the Taangis Empire and maintained by the Jilvaynan crown, it served as the main residential as well as commercial stop for several hundred years. Renovation had just begun when Dentheria invaded in 429 DE.   The station withstood the initial invasion. It continued to shuttle around the puppet king's supporters and military supplies for a few more years, until the districts of Greencastle and Harkenberry were completed. After the last noble moved into the hills, Dentheria ripped up the tracks, destroyed the trains, and blocked access to the tunnels. 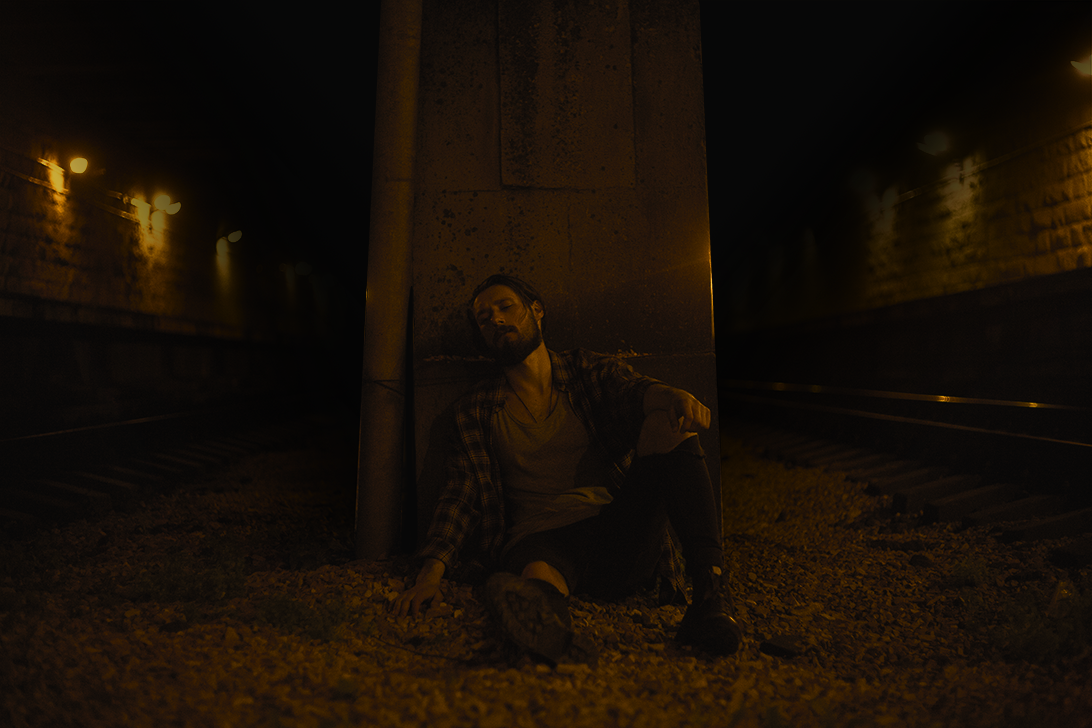 Pexels from Pixabay
Left to rot, the space became a place of illicit trade deals and drug use until 445, when the first rebels decided to call it home. Under the direction of their first Leader, they hooked oxen to the broken boxcars and drug them into the main depot, lining them up like houses and carving pathways between. They patched the sides, made windows and doorways, set street signs in the earth, to give the place a more homey feel. They built wooden stores on the upper deck that circled the second story, where food, drink and a variety of clothing and weapons were sold.
Phortoun was the Jilvaynan king who helped Taangis build the depot in 623 TE. He had a long and prosperous rule kowtowing to the empire, and while citizens hated his acquience, he invested enough in technology and culture to keep their support.   During his lifetime, he was known as the Culture king. His ministers gathered information on the disparate peoples Taangis forcibly relocated to Jilvayna, and he created official festivals and honored religious observances. Accustomed to Taangis disregard of tradition, this, more than anything, convinced the citizens that he had their best interest in mind.

The Minq were a powerhouse syndicate before Taangis invaded Theyndora. Once capitals were established for the vassal states, they took up residence and began to hire locals. Whatever the empire deprived the citizenry of, the Minq provided, and they grew rich by catering to nostalgic whims. 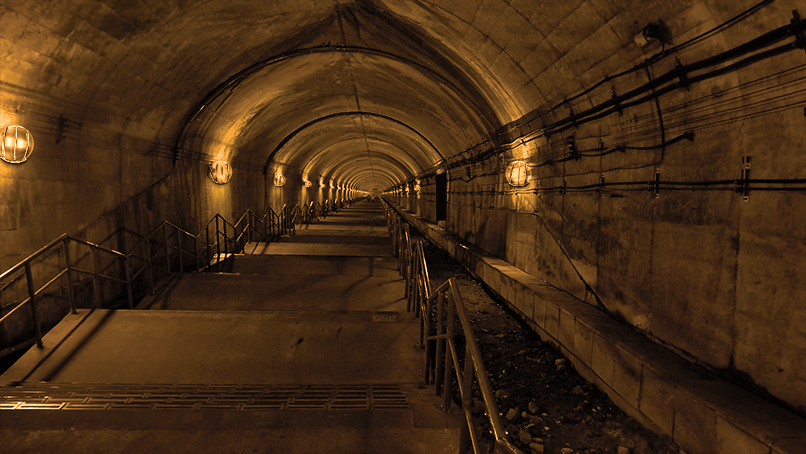 The Minq
After deciding to move the center of the rebellion to Coriy, the rebels abandoned the station in 462 DE. The Minq underboss, Yori, saw an attractive opportunity and moved in. His people made the boxcars into stouter, more attractive homes and cleared out tunnels blocked by the Dentherions. Within a matter of months, the Minq had underground trails leading from the depot to all corners of eastern Jiy.   After setting up their official headquarters there, they concentrated on clearing the main train tunnel that ran under the Wrain, which gave them hidden access to the lines and the sewers in the western parts of the city. Other rings paid to use the trails, and the Minq became the main purveyor of illicit items throughout the struggling city.   Seeing yet more opportunity, Yori set up tollbooths to collect a fee before interested parties could use the tunnels and trails. The primary booths that sold monthly passes were located on the deck. So many waited to pay, that enterprising individuals resurrected the food and drink shacks along the long line. A few more began to sell items that shanks and ring bosses would like--weapons, armor, city passes--and the shops became a destination.   The undermarket was born.

Underville
The undermarket grew so quickly that sellers wanted a new, larger area to ply their wares without needing to pay the Minq for the privilege. In 478 DE, the market moved to the northern outskirts of Jiy, and settled in the train tunnels there. The Minq were pissed, but Yori, having squandered goodwill through greed, did not have the backing or the charisma to convince the keeps to remain in the depot. Traffic dwindled; the Minq set up tolls at the larger tunnels, but neglected the smaller. When Shad Vor took over as Minq underboss in 483 DE, he abandoned the depot for a new headquarters in the Reeds.   It did not stay empty long. Guttershanks saw an opportunity for a hiding space, and moved into the boxcars. More and more shanks fled the Stone Streets and staked a box, and families arrived, seeing the place as a less-contaminated equal to the poorer sections of western Jiy. Several began to work for the syndicates and rings, and while the jobs paid poorly, workers made more than what they did at Stone and Grey Streets buisinesses.   As the population grew, a few people began to clean up the trails, making them more like streets, added lighting to the abandoned shops on the deck and repurposed them into eateries and entertainment venues.

The residents of Underville brag that they may be poor, but at least they don't live in the Stone Streets. 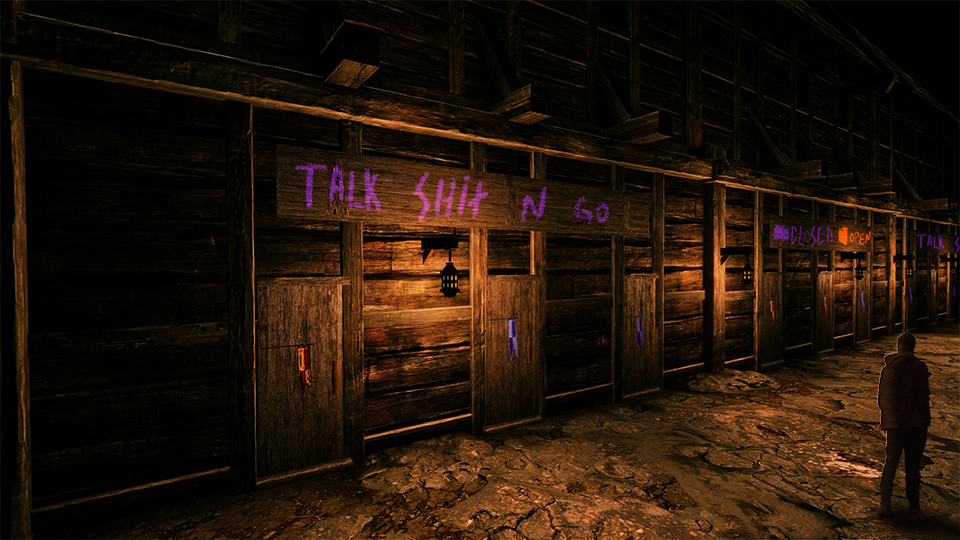 Underville Bathroom
Silhouette of person by Lukas Rychvalsky from Pixabay

The modern Underville is a self-supporting enterprise in that residents don't have to return to the surface for food, entertainment and necessities. Some live their entire life below the surface, but most prefer to get some sunshine into their daily lives.   Much of this has to do with the smoky atmosphere. Fires provide light, warmth and cooking opportunities, but also produce the heavy brown smoke that rises to the ceiling. In 623 DE, the Minq and the Yo Rikarde paid for Dentherion engineers to fix the problem of the cough-inducing haze. The engineers installed a circulation system of chimneys and fans and pipes, and while it produces cleaner air, the residents still have an inborbitant amount of breathing problems.
The Stone and Grey Streets residents who relocated to the station started calling the district Underville; basically, the place where undershanks lived. By 515 DE, it was, more or less, the official name by general consensus.   Underville grew past the boundaries of the depot and people built shacks in several of the adjacent train tunnels. By 550 DE, over two thousand people resided there. Due to the size, neighborhoods formed and each one had an unelected leader most looked to for advice and protection. These leaders held unofficial meetings around the campfires found in the center of crossroads, and any resident could attend. The campfires became permanent fixtures of the crossroads in 564 DE, and served as gathering places for the community in general. Those who did not have their own fires could cook meals there, and on cold winter nights, people with ratty blankets and threadbare clothes could sit around the flames and warm themselves.   In 594 DE the Grounds officially formed. Their task consisted of keeping the fruitoil lights up, the central fires lit, the roads in good order, and the outhouses clean and pumped. Residents continue to pay a communal tax to the Grounds; it is not an optional payment, and those who believe it is are unceremoniously dumped, with their belongings, outside one of the stairwells leading down to the depot.   In 601 DE, a vote was held to consider Underville neutral ground. The district already behaved that way, and the vote placed an official stamp on the belief that syndicate and ring problems should be left at the door. This has made the place an attractive hide-away for dangerous shanks looking to avoid chasers and guards while living in a friendly environment. A bribe to the Grounds, a place to stay, and the shank is set, because the residents duly note their existence and turn the other way. However, if a chaser promises enough money, residents will 'keep for them, sometimes leading them directly to the wayward shank if the payout is high enough. This only occurs for the richest stakes, which include murderers, arsonists and the like.
Lykas
Jilvayna Info

Great article! I like your layout, makes a good reading flow. And the side panels are very helpful too! An intriguing place, this Underville, with a rich history. I'm only discovering this world, but I'm eager to read more, keep up the good work :D

I gathered some awesome articles in my Reading Challenge, want to take a look? There's also a Reading Challenge Big List combining all mentions of authors for the challenge, maybe you're in there too!
Powered by World Anvil