Lapis of Nicodem    Jilvayna Info      Streetkeeper
Without 'keepers, most chasers would never take the valuable stakes.
~~Vaid of Jiy


After Dentheria invaded Jilvayna, they employed individuals called streetkeepers to sweep the streets of Jiy, find dead bodies, and dump them in the palace temple courtyard (now known at the Pit).   During the initial years of empire rule, the streetkeepers had no lack of work, and their numbers swelled as thousands were thrown over the palace bridge to their final resting place. For the poor, work had become a luxury, and while grim, sweeping paid well.   Once the puppet ruler settled into power, the need for streetkeepers dwindled as well, and those so employed sought other avenues of work. It was during this time, when Dentheria and its puppet king ignored the lawlessness running rampant in the poor districts of Jiy, that an enterprising few decided to work on behalf of those finding themselves on the wrong side of a criminal act. "Sweeping" became synonymous with rooting out the underground's petty thieves, bullies, and small ring bosses, and those who swept were referred to as streetsweepers.   Through the years, sweeping grew into a highly-regarded profession. The puppet kings and their knight superiors neglected law enforcement for the common folk, and streetsweepers became 'keepers of the law' for the non-wealthy. Their ranks grew and spread throughout Jilvayna, though most of those plying the trade remained in cities and larger towns.


All artwork by Shanda Nelson unless otherwise stated 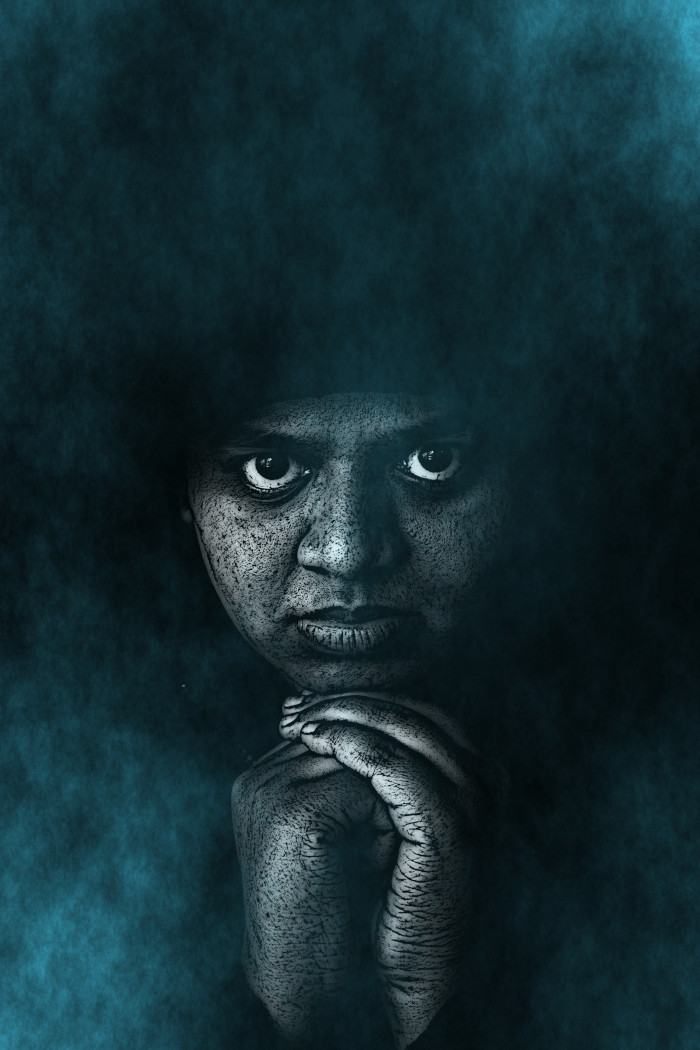 Vaid of JIy
In 521 DE, a Grey Streets streetsweeper named Vaid decided to do something about how justice was handled in Jiy. After the Peasant's Rebellion in 513 DE, the crown became even more loathe to help the downtrodden, and crime became the profession--and the bane--of the desperate. Talk of rebellion and war filled the streets, especially after the puppet king filled the 514 DE worker shortage with immigrants rather than natives.   Concerned for his childhood friend Lesh, who had weaseled his way into the city guard, Vaid came up with the concept of stakes. Stakes would not only solve the lack of justice for the poor problem, it would help streetsweepers as well. People sometimes refused to pay for services rendered and the guards rarely got involved in the disagreements. Things tended to escalate quickly, to the point a few assaults had ended in death.   Vaid and Lesh created a form that wronged citizens could fill out at the Vines Street Guardhouse. This form would officially 'stake' a criminal and offer a reward for bringing them to justice. The citizen would pay the guard and wait for the fulfillment of the stake. The guard would tack the stakes to a board and streetsweepers could select the ones they wished to fulfill.   Once finished, the streetsweeper would return the stolen item/criminal to the Vines Street Guardhouse and receive the pay the citizen had already provided the guard. Then the guard would return the item, or cart the criminal before a judge, or do whatever needed to be done next.
Considering the lack of literacy in the Jilvayna poor, Stake Placer Forms are simple. The Stake Completion forms are complicated because they are used to convict criminals. The most successful chasers/'keepers are those who can fill out the forms properly.
The stake became phenomenally popular with all involved. Streetsweepers did not need to worry about a fulfilled stake going wrong, citizens did not have to worry about finding a competent 'sweeper, the guard suddenly looked like they did care about the poor in Jiy. The concept spread to all Grey Streets guardhouses, then throughout the rest of the city. 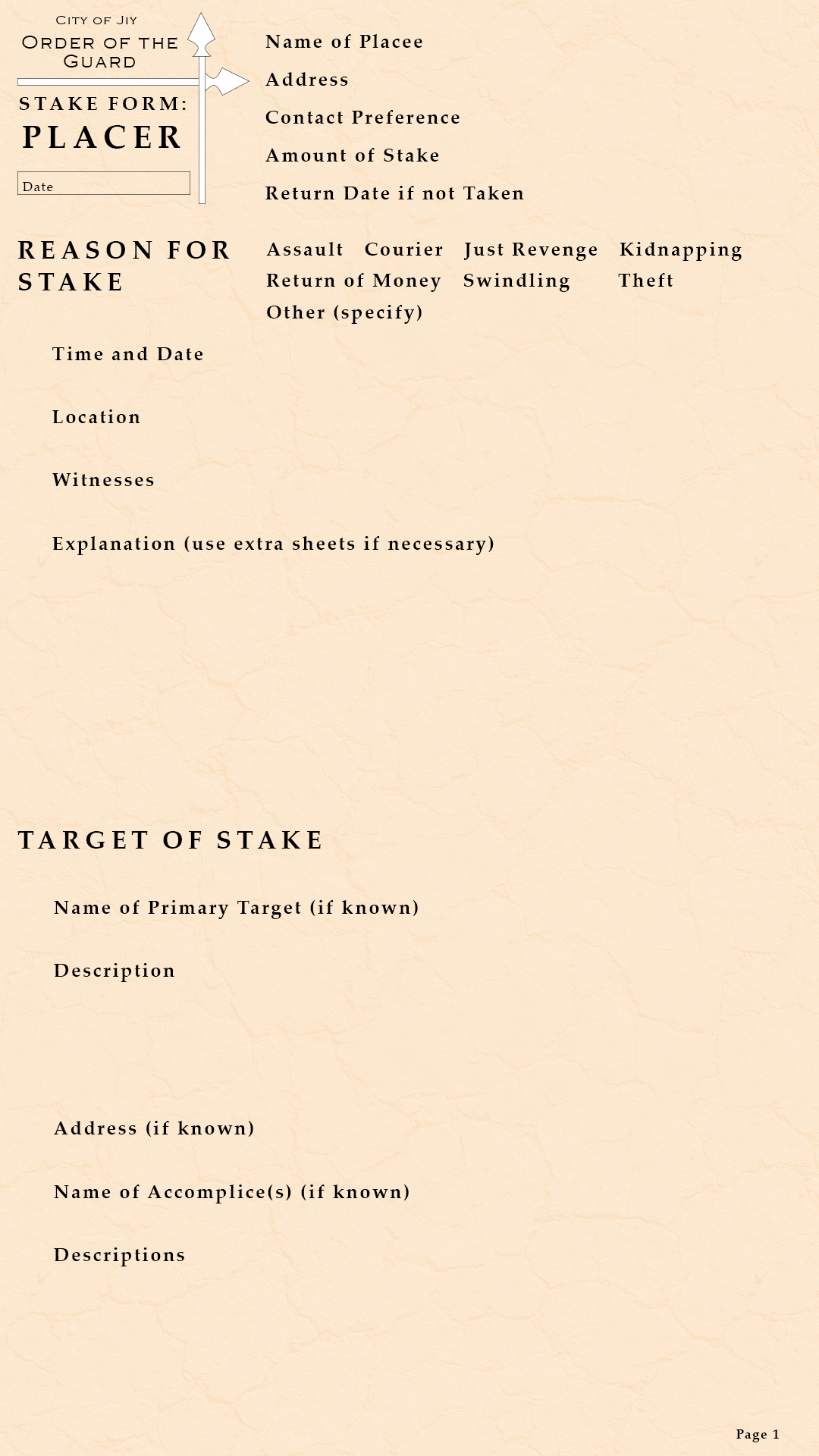 While women have a difficult time being taken seriously as chasers, not so if they become 'keepers. The guard treats them differently than men when returning a stake, and are less apt to arrest them for bringing in tech, drugs, and dead bodies. 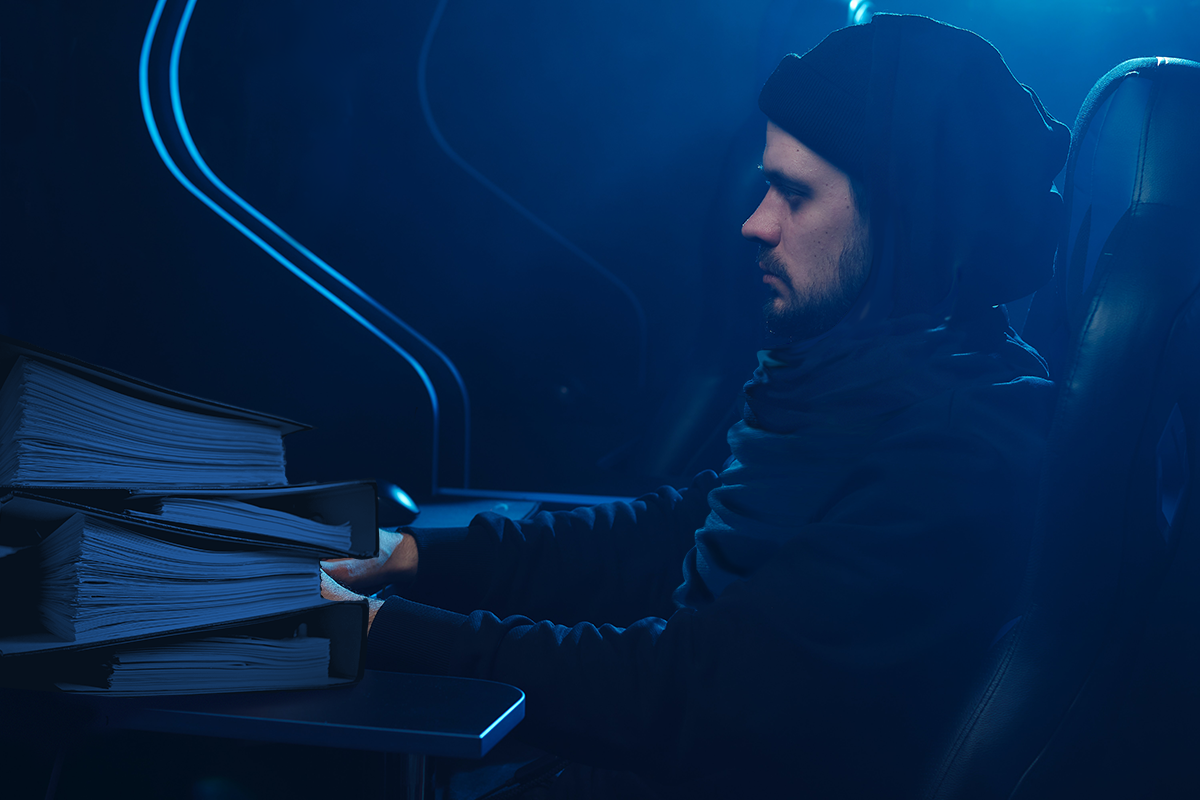 
Sometime in the next few years, people who claimed a stake and fulfilled it began to go by chaser. They 'chased' their stake, rather than 'sweeping' them off the street. Chasers took more difficult and dangerous stakes, leaving regular 'sweepers in the dust. A few decided to partner with chasers, and they inevitably ended up carting the stake to the guardhouse when the chaser did not want to answer questions about who, what, when and where.   'Sweepers weathered the returns and demanded more and more pay for their services. During this time, their title reverted back to the original streetkeeper, shortened to 'keeper in common parlance, and it stuck.   Rings and syndicates, aggravated about how well it worked, employed it themselves. In larger cities such as Jiy, a central underground manager would accept stakes in the same way as the guard, giving an air of legitimacy to underhanded dealings. It became lucrative to 'keep for these underground chasers, and the official Jilvayna rebellion even had agents 'keep in certain situations, because the money and the contacts made were invaluable.   'Keepers serve everywhere chasers do in modern Jilvayna. Anyone can be a 'keeper, as long as they don't mind filling out the final paperwork at the guardhouse (it does mean 'keepers must be literate). Official 'keepers tend to work with one or two chasers and turn in their stakes for them, and receive a salary to do so (this is especially common with hunters). Many others are average citizens who offer to return a stolen necklace or some such to the local guardhouse, so the chaser does not have to bother with the trivial. They agree upon a place where the 'keeper can meet with the chaser, then return the stake.   'Keepers rarely cheat chasers, because it never ends well for them.

Pay is always an issue for keepers. Rings, syndicates and the rebellion pay 'keepers as they would any employee. Chasers who work with a specific 'keeper normally consider them employees as well, though they, on a whim, can change who that is. Otherwise, 'keepers rely on the generosity of the chaser they are helping for a decent payout.

It is almost a rite of passage in the Grey and Stone Streets, to 'keep at least once. Nothing dangerous, nothing that would anger a neighbor, and the stake is typically something small, like delivering a letter in the chaser's stead or returning a stolen necklace to the guard.   The reality hardly stops individuals from padding the tales they tell afterwards. People laugh at their 'heroics' and return to their business, shaking their heads.