Jiy
Open full size
Capital of Jilvayna, Jiy
Jiy is the capital of Jilvayna. It rests at the edge of the agriculturally-rich grasslands to the north and heavy forest to the west. It is divided in half by the river Wrain, with the poorer sections to the west and the more prosperous ones across the river, to the east. The Avranda River runs through the eastern city and meets the Wrain in the Orchards and Songbird districts. The royal palace sits atop a hill called the Green Castle, and possesses several tall, thick walls.   Jiy has several districts. Unlike other Taangis-built settlements, Jiy's initial growth was natural rather than planned, so the city, its walls, and its neighborhoods do not follow the straight lines and artificial square roads that other Theyndora cities possess. They do, however, loosely follow the lines that Taangis employed when breaking apart cities for removal of their citizens to other territories.
Western Districts 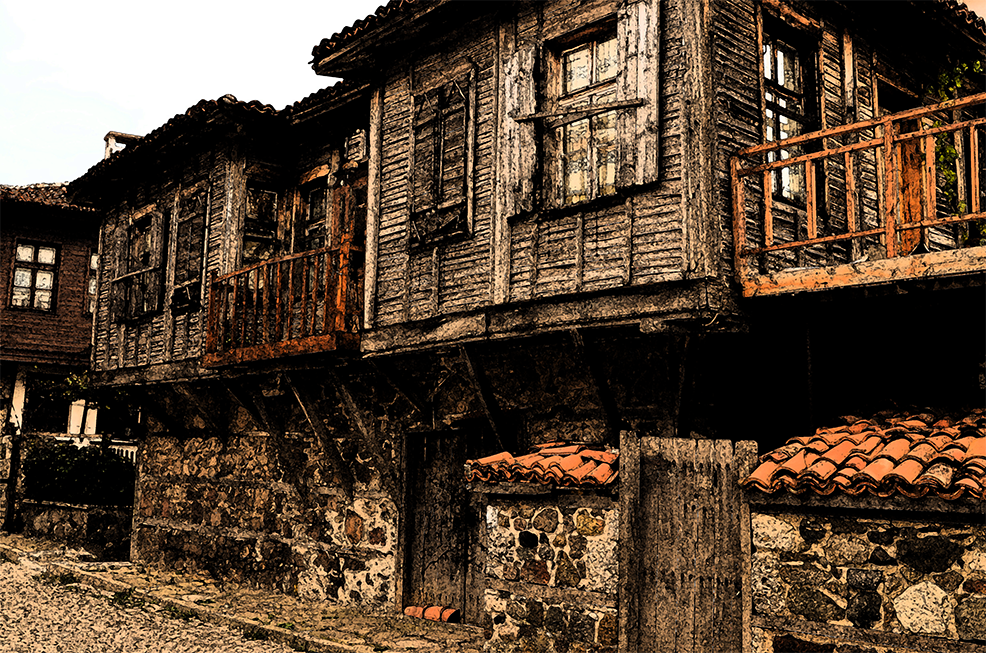 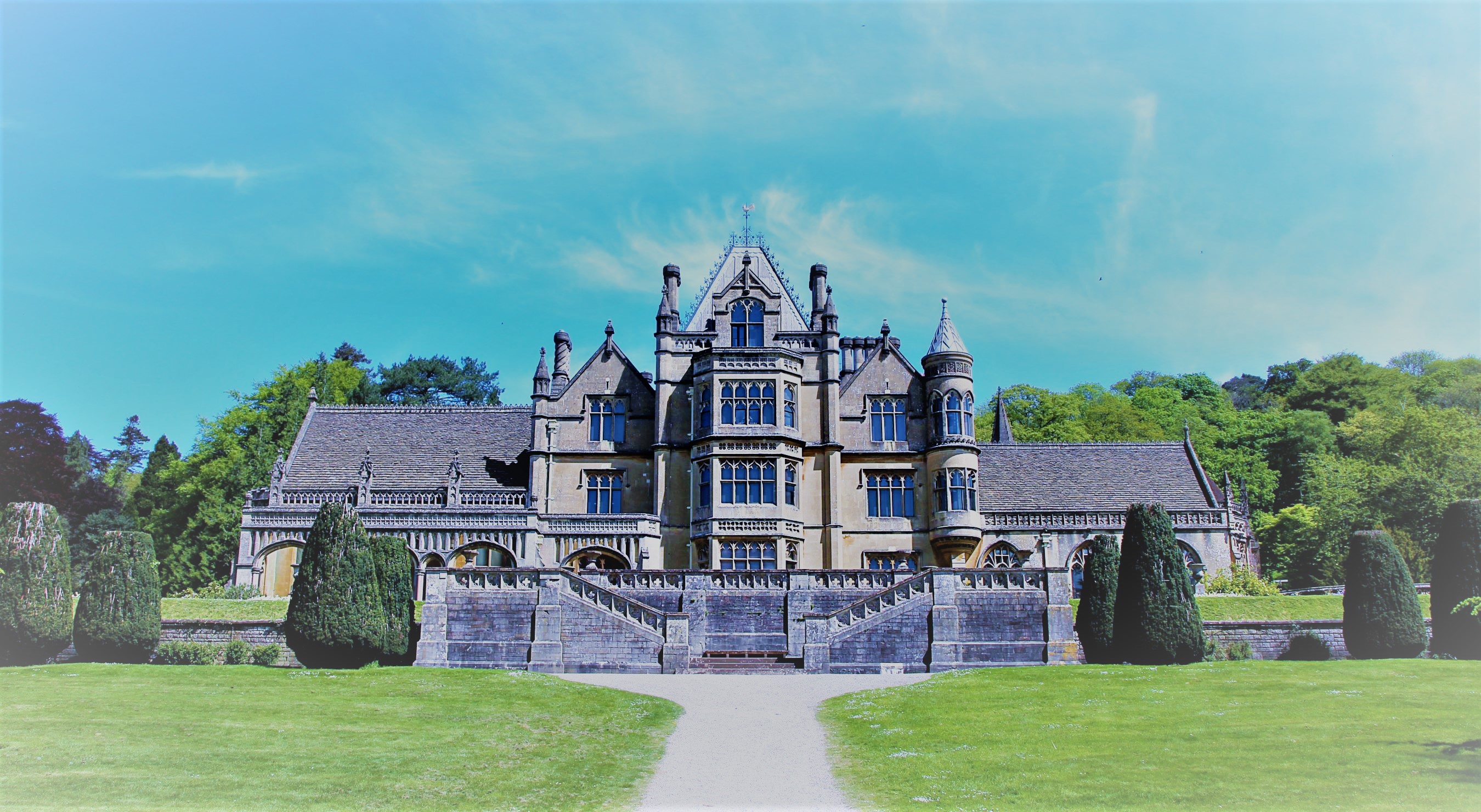 Jiy began as a trade crossroads settlement for the Taangis Empire. It originally consisted of Taangis military supply stations and little more. It grew into a large trade center for goods traversing all of Theyndora. When deemed large enough a couple centuries after its founding, the empire cracked it apart like it had other cities, dividing its citizens and sending them to all corners of the conquered lands.   When the Taangis Empire fell to ruin, Thendis, an ambitious noble whose family originally came from Taangis, overcame the mediocre opposition and placed himself on the Jilvaynian throne. Due to its size, he chose Jiy as his capital, and built his palace on a mount overlooking the pristine river snaking through the valley to the east.   Jiy remained a staple trade hub, which became one of the reasons Dentheria invaded Jilvayna. They saw the profits to be made, and lusted after the trade gem. In 428 DE they invaded the country, and in 429 DE, reached Jiy. They easily slaughtered the royal family and their supporters, and threw their bodies into the courtyard of the prestigious Temple of Wratherine before lighting them on fire. They laid waste to the city, then rebuilt it how they desired. The puppet king they placed on the throne eagerly followed through for the Lord's Council, and Jiy continued to be a merchant hub for goods, especially for Dentherion battlefront supplies. 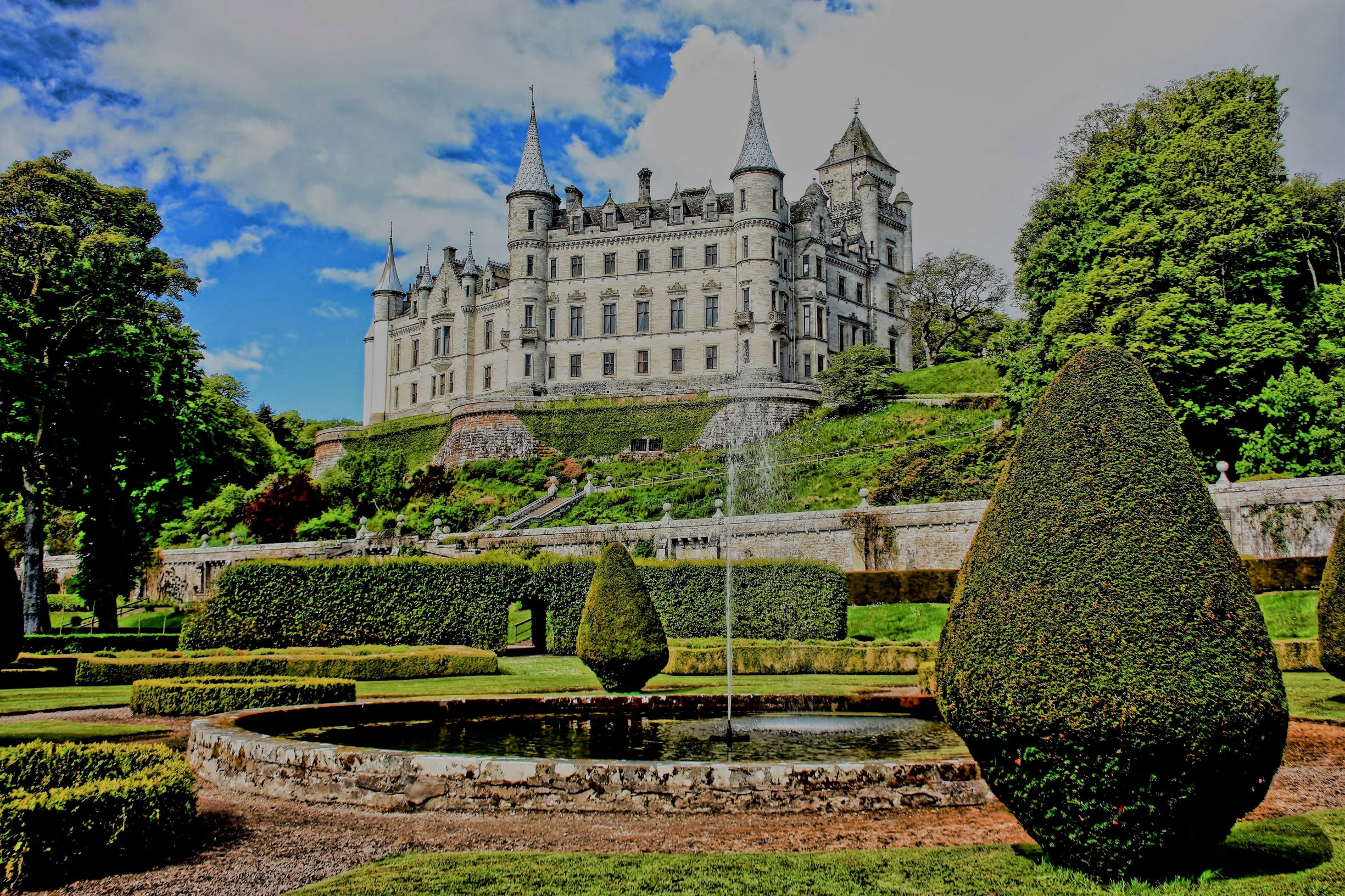 Jiy Palace by Michael Drummond from Pixabay
The royal court of Jilvayna is found in Jiy. The puppet king, Gall, is a crass and cowardly man who sees assassins in every shadow. His court is one formed around intrigue and conspiracies, and even his staunchest supporters are growing weary of his shenannigans. The people of Jiy hold little respect and no admiration for him, and he is basically ignored in favor of ranking nobles who at least pretend to care about the citizens.
This ill will has traversed the land and into Dentheria, where the Lord's Council has withdrawn their favor for their puppet. Gall sent his son, Reythan, to Arvendis, the captial of Dentheria, to plead his case to the Lord's and Second Councils.
Trade
Jiy is a trade hub, between eastern and western Theyndora. Its merchant class is large and active in local politics.   Jiy has several large outdoor markets, where goods from around Theyndora can be purchased.
Jilvayna Rebels
The rebellion in Jilvayna started in Jiy. The depravity of the Dentherion victors, coupled with the indifference of the puppet king and his allies, struck too many remaining nobles as evil. Jovin, a noble with ties to Shalaor, decided to gather other discontents together and follow the Shalaor rebellion example. He joined with the sole remaining member of the royal family, a young girl who had been in hiding, and they led the initial rebels. Both decided that the rebellion needed a presence in Jiy to keep an eye on the puppet king, so they selected a staunch ally, a smith named Ecordim, to create the first Rebel House.   The rebellion has remained in Jiy since. They are one of the more generous employers in the city, and have a decent relationship with the underground bosses. The current Headman is Baldur, though few respect him or his decisions.
Jiy Underground
The Jiy underground is a crowded place, but the most important player is the Minq Syndicate. They have a vast network of divisions around Theyndora, but the one in Jiy is the most active. They make a good deal of money sneaking bodies of the deceased to descent burial grounds, and have made it perfectly clear they will not tolerate another stepping on this turf.   Hoyt, a bit criminal who managed to form a small group of disparate members with the help of his family, wants more of the action. He has dipped his toes into all manner of illegal activity, and has decided to persue a darker course for the promise of more cash. 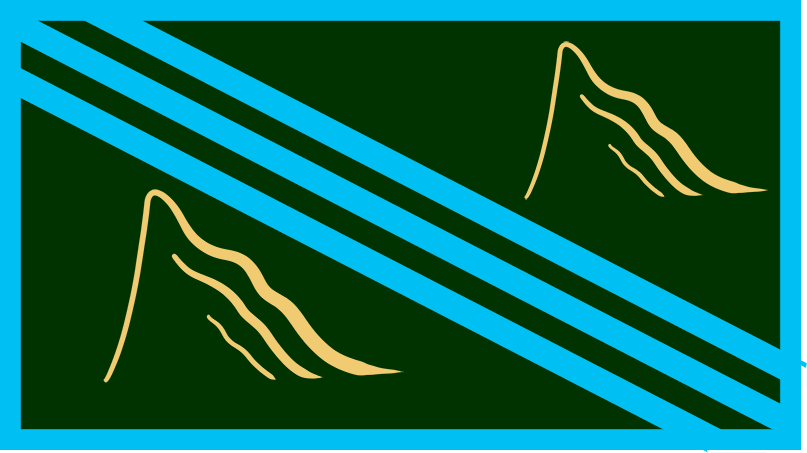 Jiy has a large foreign population. There are several smaller neighborhoods that cater to these people and their cultures.

434 DE
New palace built across the river, by Dentherion command

468 DE
Jiy puppet king falls to another willing to be a puppet king, who refuses to indulge in the excesses of his predecessor.

478 DE
Dunwrit Aquaduct built to bring fresh water to eastern Jiy, bypassing the river and its contamination from the Pit.

513 DE
Peasant's Rebellion: short-lived demand by the poor in Jiy for better conditions. Obliterated in a matter of days.

514 DE
Severe worker shortage forces the hiring of people from outside Jiy, at much higher salaries than previously paid.

545 DE
Underground begins a clandestine burial of bodies to a Taangis catacomb. Charges exorbitant amounts for the privilege.

646 DE
Over half the city guard implicated in a tech smuggling ring. Sir Armarandos put in charge to clean up corruption.