Magical Moss of the Wilderrun

The Fairy King's Wood has a reputation for heavy fey magic influencing everything, from the landscape and the water to the flora and fauna that call the area home. Those creatures and plants closer to instances of heavy magic or near the entrances to the Wandering Forest are affected the most, changing to reflect the fanciful magic that spills from one realm into this one. This is most frequently obvious near the Veins of the North that flow through or near the boundaries of the Fairy King's Wood, with the banks of the Wilderrun being the most affected.

Moss, fungi, and other ground-covering plants exist in abundance along the banks of the Wilderrun, but no flora is more plentiful than the Sprite Moss that blankets the ground. This carpet-like moss with tiny buds that shoot into the air grants the area a soft and quiet atmosphere, quieting the raging water that flows nearby. While having nothing to do with sprites or other fey creatures, this moss thrives in the wet climate, covering any surface it can stick to.

This moss is often known for the small sprite-like mushrooms and blooms that appear from the moss cover, a delicacy amongst some races. The Fairies and others enjoy using the odd little blooms to garnish their food or add a bit of whimsy to the most unsuspecting of places.

— Appendix D of the Yllvalion Codex, Flora & Fauna of the Fairy King's Wood

Sprite Moss, also referred to as Fey Moss or by other names, is a common ground cover found near the banks of the Wilderrun River and throughout other areas of the Fairy King's Wood. Once a common moss, this moss was changed by the flow of magic through the area and became something that only thrives in this specific area. Something about the plant is magical, but Scholars have yet to determine what exactly makes this moss so special.

Sprite Moss is similar to normal mosses in that it is a small, non-vascular plant that tends to grow in dense clumps or in mats across the ground. This moss thrives in climates that are damp and shady as this allows the plants to grow and clump together in such a way as to create a solid mat. The largest difference with Sprite Moss is that this moss is known to grow small sprite-like mushrooms and blooms that sprout above the moss and can reach up to five inches in height.

While commonly found along the banks of the Wilderrun, Sprite Moss thrives in areas throughout the Fairy King's Wood that are often damp and shady. This moss does not have to grow on the ground but can be found covering fallen trees, rocks, and open ground. Along the Wilderrun, it is common to find expanses of Sprite Moss that cover every surface within twenty or thirty feet of the river bank.

It is believed that Sprite Moss may have some medicinal properties, but this theory has yet to be developed fully. Instead, the most common use of the moss lies in the tiny mushrooms and blooms that tend to sprout from the ground cover. Fairies and others that call the Fairy King's Wood home often utilize these sprouts as a garnish, the same way others may use basil or other common herbs. Rarely are these sprouts eaten, but they add to the aesthetic of a dish that one may put on display. 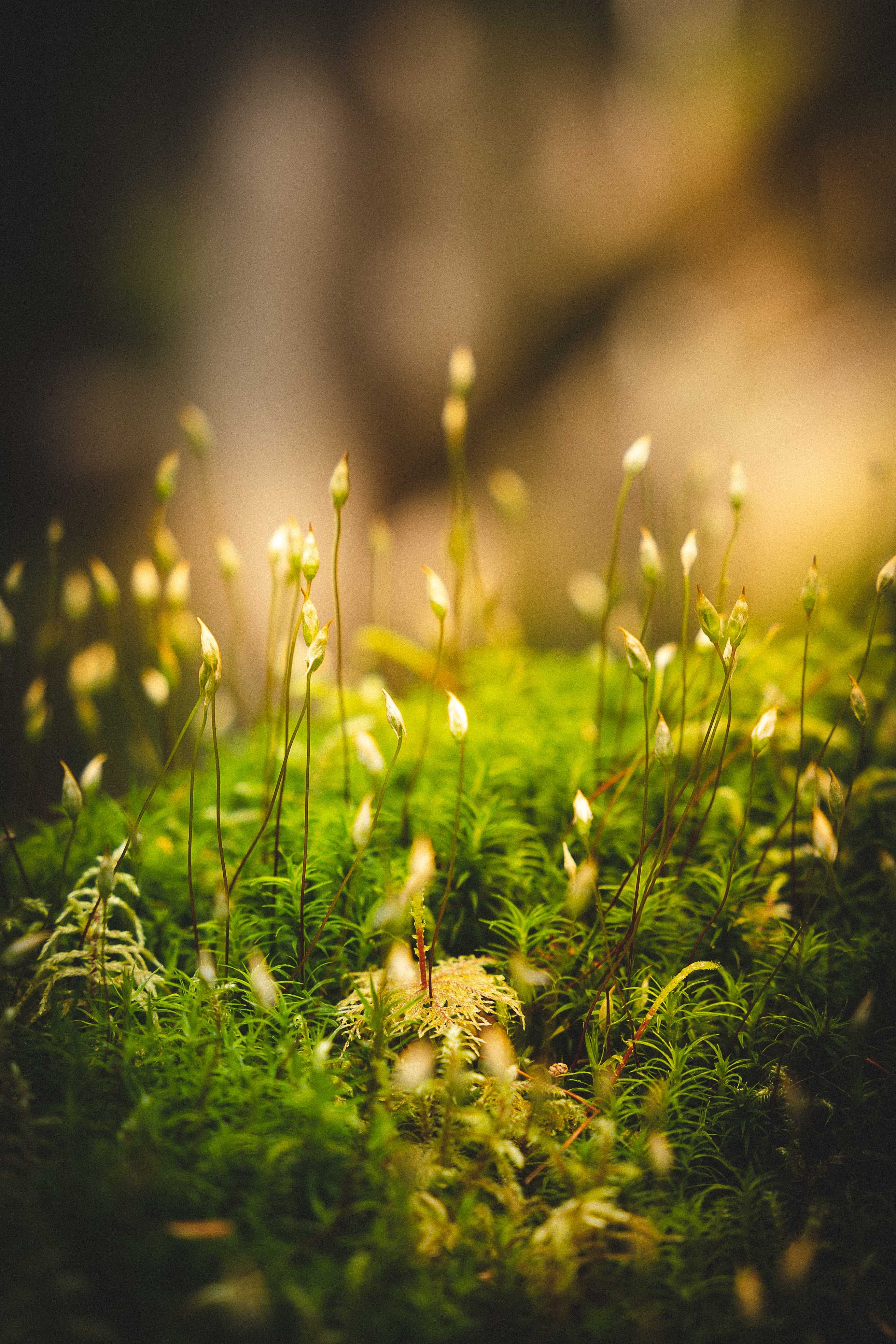 I love moss, I even have mosses in bottles growing in my room. I would love flowering moss like this though. It sounds magical.

Check out my Spooktober Story! 31 prompts in a single story, including drowning a Verti! (bonus articles for extra world building spice are being added!)
Powered by World Anvil