Login
Isekai has started its grand restructuring! Please bear with us as things move around and get situated in their new home.
Names are also in the process of changing, so some names are inconsistent currently.
Dashboard

Order of the Dragon King

Isekai    Religions & Rituals    Religions      Order of the Dragon King
Thick plates of armor and shirts of chain mail glint in the noonday sun, the large dragon on their chests moving through a rainbow of colors. The crest, a great dragon, wings spread wide, ready to spout fire, is that of the dragon king, Kallex. The colors shift through the metallic spectrum, a representation of the dragons of the North, hidden away in the "Metallic Council" that Kallex stands as king over. Those that wear the crest of the king on their chests are clerics of the War Domain, worshipping Kallex as the pinnacle of the Pantheon of War.
The Order of the Dragon King is widespread across the northern continent of Vóreios, the domain of the Metallic Dragons of the Council of Metallic Dragons. These clerics focus on war and victory, always called upon during times of great military mobilization to bring success. Even so, these clerics worship all aspects of Kallex, the aspects that allow him to be part of the Pantheons of Nature and Life. While war and victory are the main tenets of their faith, all are welcome that worship the great Dragon King.
Led by heroes and champions, only the strongest survive in the upper hierarchy of the order, but those clerics of the Life and Nature Domains are also welcomed. Kallex is worshipped as the ancient creator of a magnificient race, the pinnacle of godhood in the world of Isekai. He was a warring leader, strong and victorious, granting him the title of the pinnacle of the Pantheon of War. While mostly clerics are a part of the Order of the Dragon King, those other holyfolk, paladins of conquest, heroism, and those that have swore oaths to the Ancients, may also be allowed if they can pass the tests given by the grand dragon leader of the Order.
Deep within the Spine of Kallex, a deep cave has been carved into a mountainside where the leader of the Order of the Dragon King resides. Ruthom, an adult silver dragon, calls this cave his home and tells the stories of the god Kallex for all to hear. Some who join the order stumble into the cave and are drawn in with the intricate, weaving stories that the dragon tells through dancing illusions of shifting metallic colors. Others find the stories folded into the crisp folds of a folded paper dragon that gets left at temples and other holy sites throughout the various empires. Ruthom is the one that tests those who wish to join the order. The teachings are only part of the task of joining, you must also have the heart of a dragon to follow the teachings in the name of Kallex.
Once initiated into the Order, Ruthom gifts you with the armor or the symbol of the color-shifting metallic dragon. Wear the symbol of the imposing god with pride, as his visage spells victory in the dark hours of life. Those who serve in the name of the Dragon King have victory and strength on their side, but those who wish to invoke the king's name for the wrong reasons, may soon find themselves staring down the maw of a dragon.

As the majority of the Order is made up of clerics and paladins that are adventurers, there is little to no organizational structure other than Ruthom himself. Ruthom is the keeper of the stories of Kallex, sharing those stories in various ways in order to bring more people into the Order of the Dragon King. This could include sending books or fliers to temples and other religious centers across the northern continent.   Other paladin and cleric orders tend to have someone at the top of the hierarchy whom all others report to. In this instance, Ruthom does not serve in that capacity. Those in the order are in charge of themselves, as long as they do not break the tenets of the faith. Clerics and paladins that join the order tend to travel, lending their services and aid wherever possible, while also speaking of their faith.

The greatest agenda of the order is to assist others wherever they go. Those that join the order are often noted by Ruthom as having the heart of a dragon. These people are prideful, and while also sometimes called warring and violet, are normally of great help.   The order is well known throughout the northern continent for the heroes it produces that have served in great conflicts and in times of peace.

The order is fairly new, only being founded a few short years after the end of the Eldritch War. Ruthom saw the creation of the order as a way to assist those in great need in times of great struggles. This is why the members of the order are most often adventurers, traveling to provide aid where it is needed most.

Kallex, the creator of the Metallic Dragons, has a variety of legends associated with him. These stories, kept by the metallic dragons, are the main teachings of the religion.

As symbols of Peace
Kindle the Light. Through your acts of mercy, kindness, and forgiveness, kindle the light of hope in the world, beating back despair.   Shelter the Light. Where there is good, beauty, love, and laughter in the world, stand against the wickedness that would swallow it. Where life flourishes, stand against the forces that would render it barren.   Preserve Your Own Light. Delight in song and laughter, in beauty and art. If you allow the light to die in your own heart, you can’t preserve it in the world.   Be the Light. Be a glorious beacon for all who live in despair. Let the light of your joy and courage shine forth in all your deeds.   As symbols of Hope
Actions over Words. Strive to be known by deeds not words.   Challenges Are but Tests. Every hardship serves to challenge your abilities and harden your resolve.   Embrace Destiny. You didn’t choose this path, but it’s yours to walk. And it will carry you into legend.   Hone the Body. Like raw stone, your body must be worked so its potential can be realized.   As symbols of War
Douse the Flame of Hope. It is not enough to merely defeat an enemy in battle. Your victory must be so overwhelming that your enemies’ will to fight is shattered forever. A blade can end a life. Fear can end an empire.   Rule with an Iron Fist. Once you have conquered, tolerate no dissent. Your word is law. Those who obey it shall be favored. Those who defy it shall be punished as an example to all who might follow.   Strength Above All. You shall rule until a stronger one arises. Then you must grow mightier and meet the challenge, or fall to your own ruin. 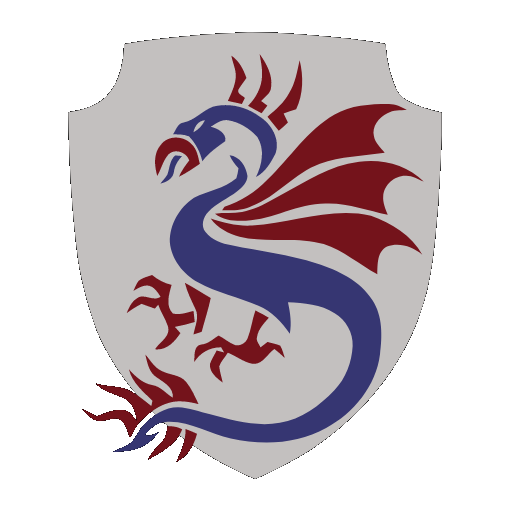 Victory on the Wings of Dragons