Game of Tomes    Lore    Rituals & Traditions      Tomesmas
Article by Sable Aradia, with extensive contributions from the GoT community. Special thanks to Erin Righ, Eli Kwake, Lord Galakrond, Dazzlikat, Coffee Quills, ECCBooks, TaraFaeBelle (Tazfa_2), Clockwocket, Isaac A Thom, and KrissyRenae.
Tomesmas is a traditional holiday observed by the literomantic houses which has recently been embraced by the rest of the world (because obviously, their beliefs have merit.) Celebrated on the Winter Solstice (or often, in modern times, the Summer Solstice in the Southern Hemisphere) the observance honours the power of The Iron Tome in both its dark and light aspects. Celebrants express gratitude for their blessings, but also perform placating rituals meant to keep the darkness at bay.   While the traditions of Tomesmas vary depending on location and ethnicity of the literomancers, some commonalities remain. One tradition that is almost universal is that Tome Knights exchange personalized writing with friends and family who are also literomancers. It is also common to hold a vigil in which the Tome Knights write until dawn to keep the Night Monarch at bay. Along with this, candles and incense, or a Yule fire, are kept burning throughout the Long Write.   In many cases, other holiday traditions have been blended into their Tomesmas traditions. "Santa Claws." an obvious adaptation of Santa Claus, Father Christmas, or St. Nicholas that befits Houses with totemic bonds to predatory totems, may be one of these syncretic blendings.

Tomesmas Lore and Traditions by House

House Apis awakens from their winter hibernation long enough to engage in the writing vigil. This is really all that they have energy to do at this time of year. The interior of the hive is flooded with light. A copious supply of food is gathered over the summer and fall and kept in reserve for this specific observance.

The only universal tradition among House Avis is the writing vigil. Since there are so many different birds, that inhabit every climate and nation on earth, traditions vary widely and tend to be regional.

Being located in Australia, House Ceapaire celebrates Tomesmas on what would be their Summer Solstice. Ceapaire emphasizes the lighter aspects of Tomesmas over the darker ones. They gather together for a celebratory feast, then exchange gifts. Beach parties are common.

The Bats observe 12 days of Tomesmas, beginning six days before the Solstice, and ending 6 days after. They celebrate the longest night of the year, because night is the source of their power. Unlike with most other Houses, this holds true in both Northern and Southern Hemispheres, so for Australian Chiropterans, for example, Tomesmas is observed in June, not December. The all night writing vigil is central to their celebrations, and they prefer lighting incense to candles to embrace smoke and shadows. A common theme in their writing are odes and psalms honouring the night, stars, and the moon.

Naturally, according to House Felis, Santa Claws is a cat. He delivers catnip, sardines, and red dots to good kitties. There are no bad kitties.

Since the ruling Lapin family has been Jewish for generations, they observe Hanukkah. However, Lapin also has traditions centered around Lord Frith (a sun god) and El-ahrairah (a trickster spirit and father of all rabbits.) Lapins write all night not to keep the Night Monarch at bay, but to bring an annoyed Lord Frith back, apologizing for their foolish tricks, so that he will drive off the Night Monarch in turn. The tale of El-ahrairah and the Black Rabbit of Inlé is told at midnight in hushed voices. Star-watching is also a traditional activity. A traditional holiday feast includes a carrot cake.

Santa Claws, a Werebadger who delivers gifts to cubs, is a central figure in the Badgers' celebrations. Meles children never try to stay up late to catch a glimpse of him, as it is established in the House lore that Santa Claws is a grumpy codger who will simply leave without delivering gifts if he is disturbed while doing it. Like many literomancers, they write until dawn to keep the Night Monarch at bay - and often past dawn, since they don't notice or care if they're on a roll.

Each Molluscan hangs eight tentacle stockings, each one of which is expected to be filled with gifts. This takes the place of all other Tomesmas gifting traditions. All through the year, House Mollusca gathers immature angler fish to keep them safe, and on the final hour of the longest night, they are released into the ocean as full adults to bring more light into the world. Houseboats, fishing boats, and even cruise ships will come from hundreds of miles away to watch the amazing sight.

House Sauropoda engages in ritual dancing duels with their version of Santa Claws, represented by their most prestigious literomancer. They exchange writing on cookies, and it is said that eating the cookies grants the powers and blessings of the literomantic incantations inscribed upon them, such as "happiness," "love," "joy," "wealth," etc. The House shifts to their dinosaur forms to roar together at midnight to scare the Night Monarch and the zombies away.

The Tikis gather for a barbecue on the beach and drinks. Lots of drinks. All the drinks. They often don't remember much of the evening.

Having originated with House Kitsune, the Self Care Mafia has embraced many Japanese New Year's traditions as part their Tomesmas traditions.

Being born from the short-lived House Incendium, the Chaos Cartel is just establishing their traditions. However, there is a wealth of fire lore associated with Tomesmas already, so they draw heavily upon it. A bonfire is kept burning all night, and in locations that facilitate it, firewalking or lava sledding is a common activity. No Tomesmas celebration is considered complete without drinking a copious quantity of spicy mead, or, in a pinch, Fireball whiskey. Traditional gifts include candles, and as part of the Kindling Games, which are a friendly series of contests involving fire, a filking contest is held. The winning filk is determined by vote of the Cartel as to whose filk is the most inspirational, and the winner is awarded a Flame of Encouragement for their efforts.

Other key participants vary by House and tradition. 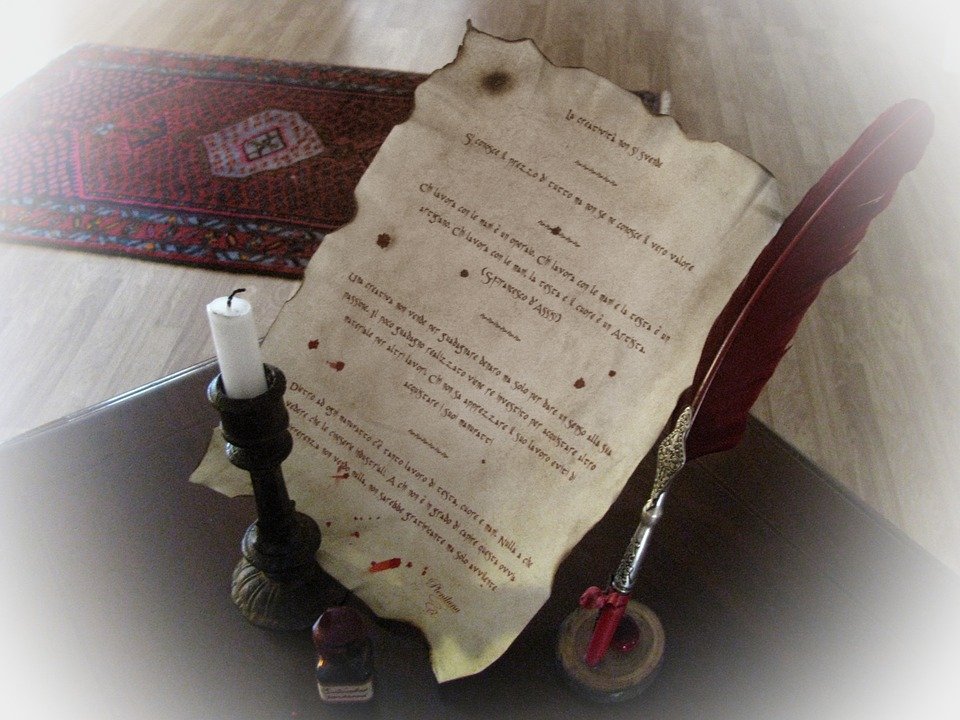 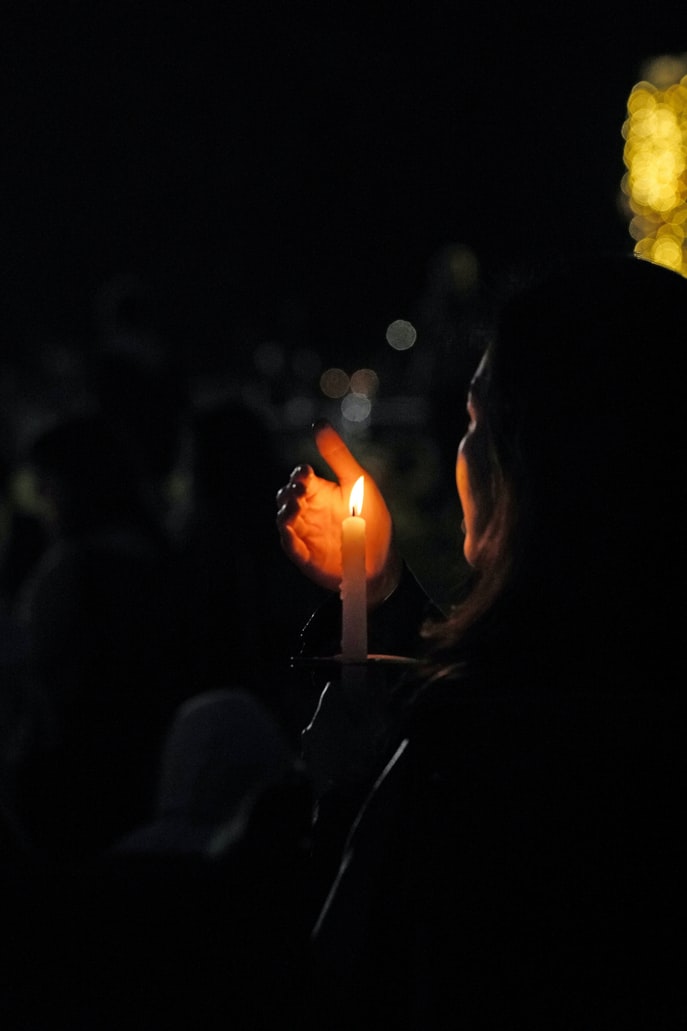 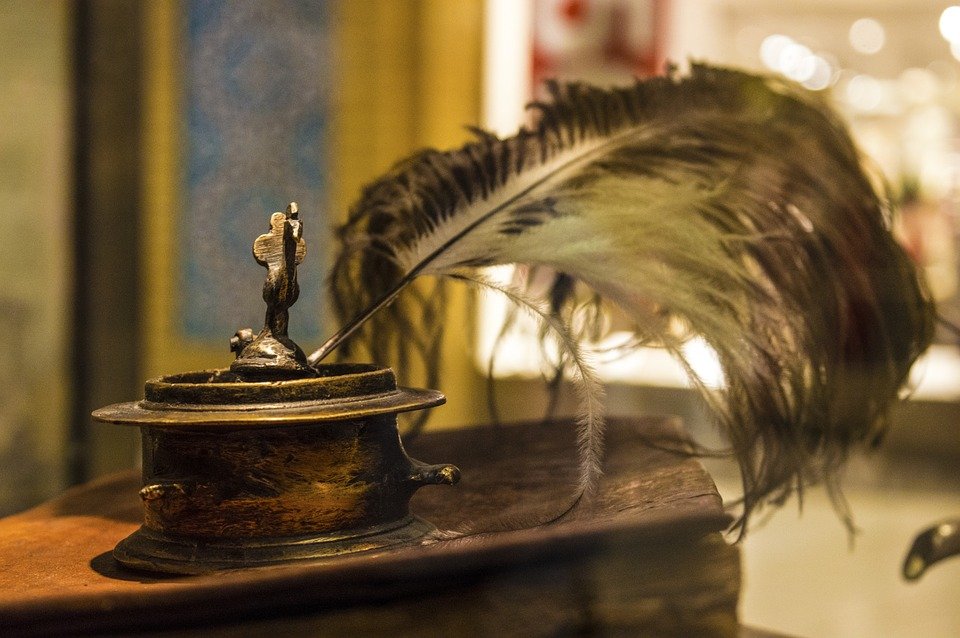 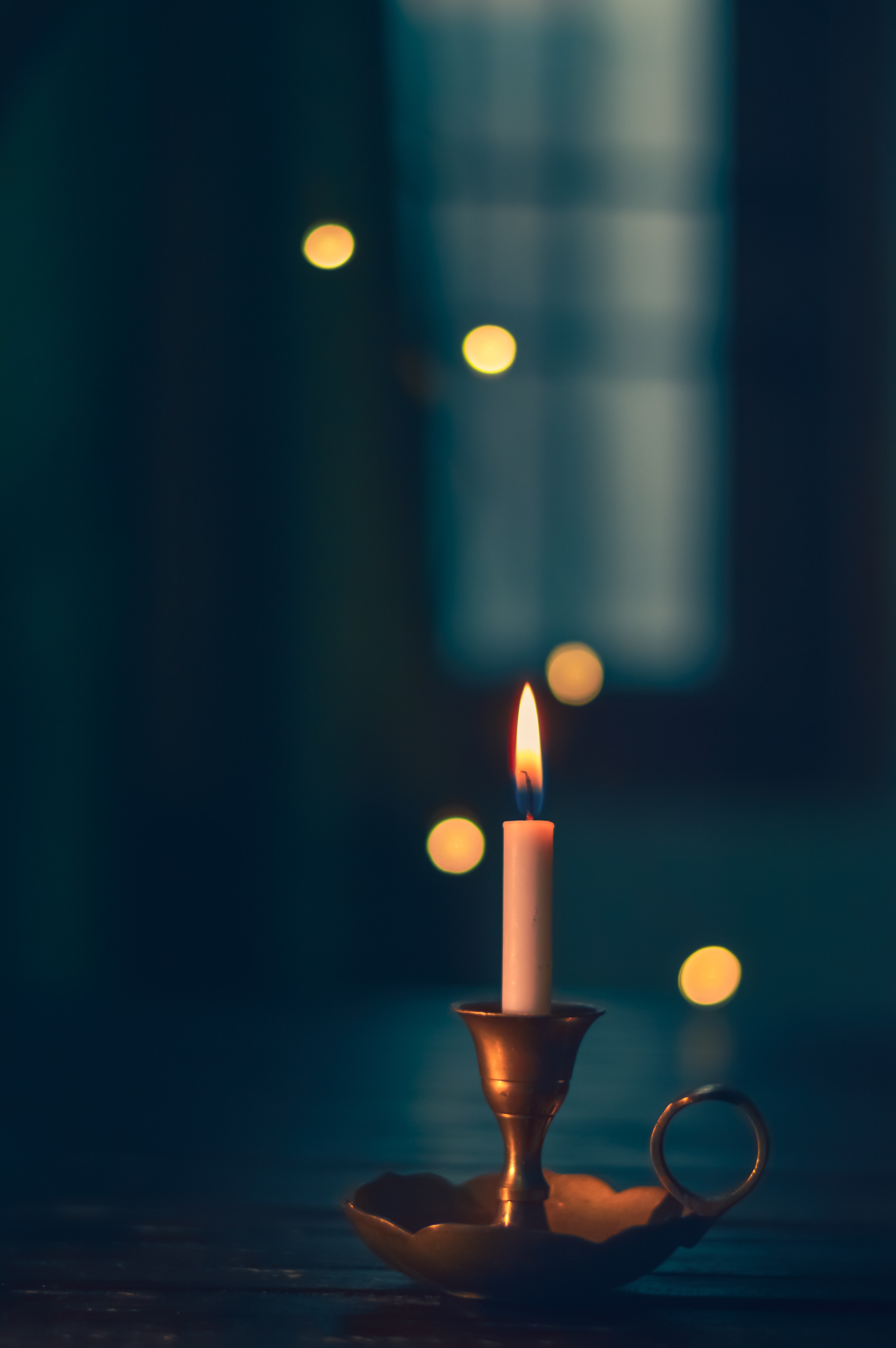 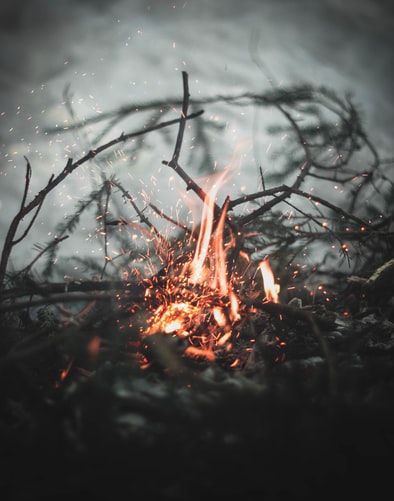 Embers and Snow by Pixabay 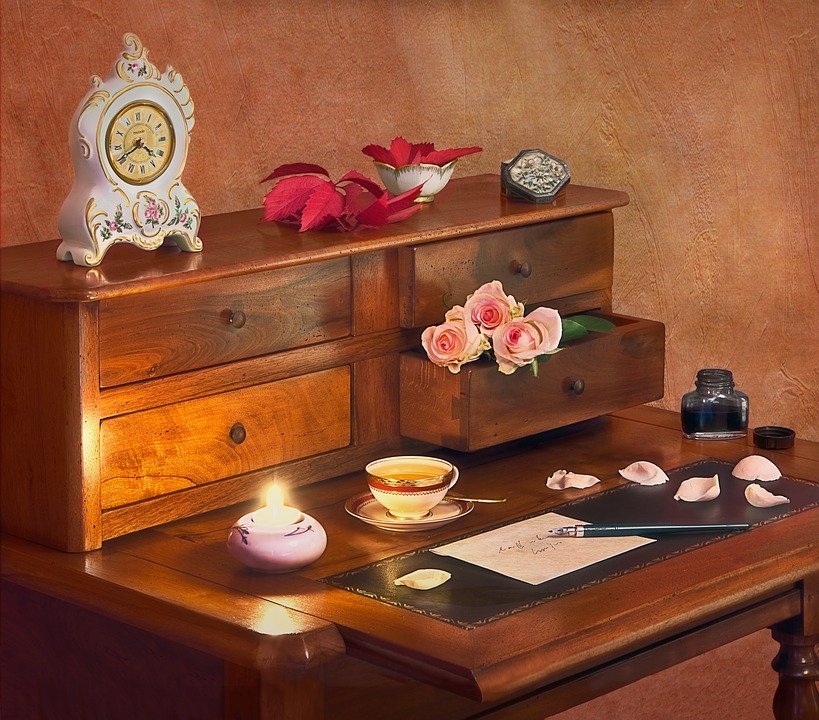 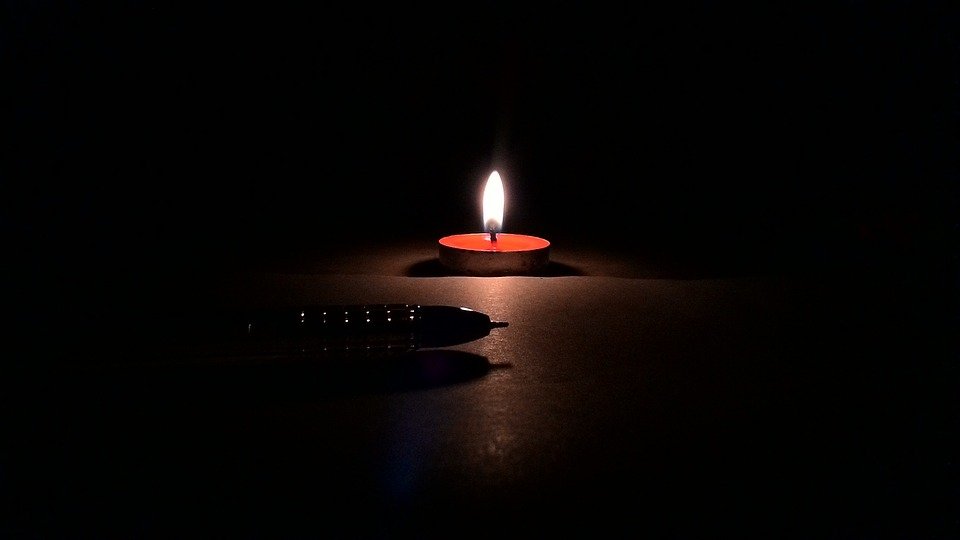 Great article! I love how you've come up with traditions adapted to each Houses, their totems and their personality :D   "Naturally, according to House Felis, Santa Claws is a cat. He delivers catnip, sardines, and red dots to good kitties. There are no bad kitties." XD XD XD This is my favourite! And the sweet little angler fish, being all nice and bringing "lights to the world" XD

Oh, gosh, it's been so much fun to keep coming back to this one as I go through all of the Tradition articles. There's so much care and thought put into every aspect of the GOTverse, and it just gives me all the warm fuzzies.