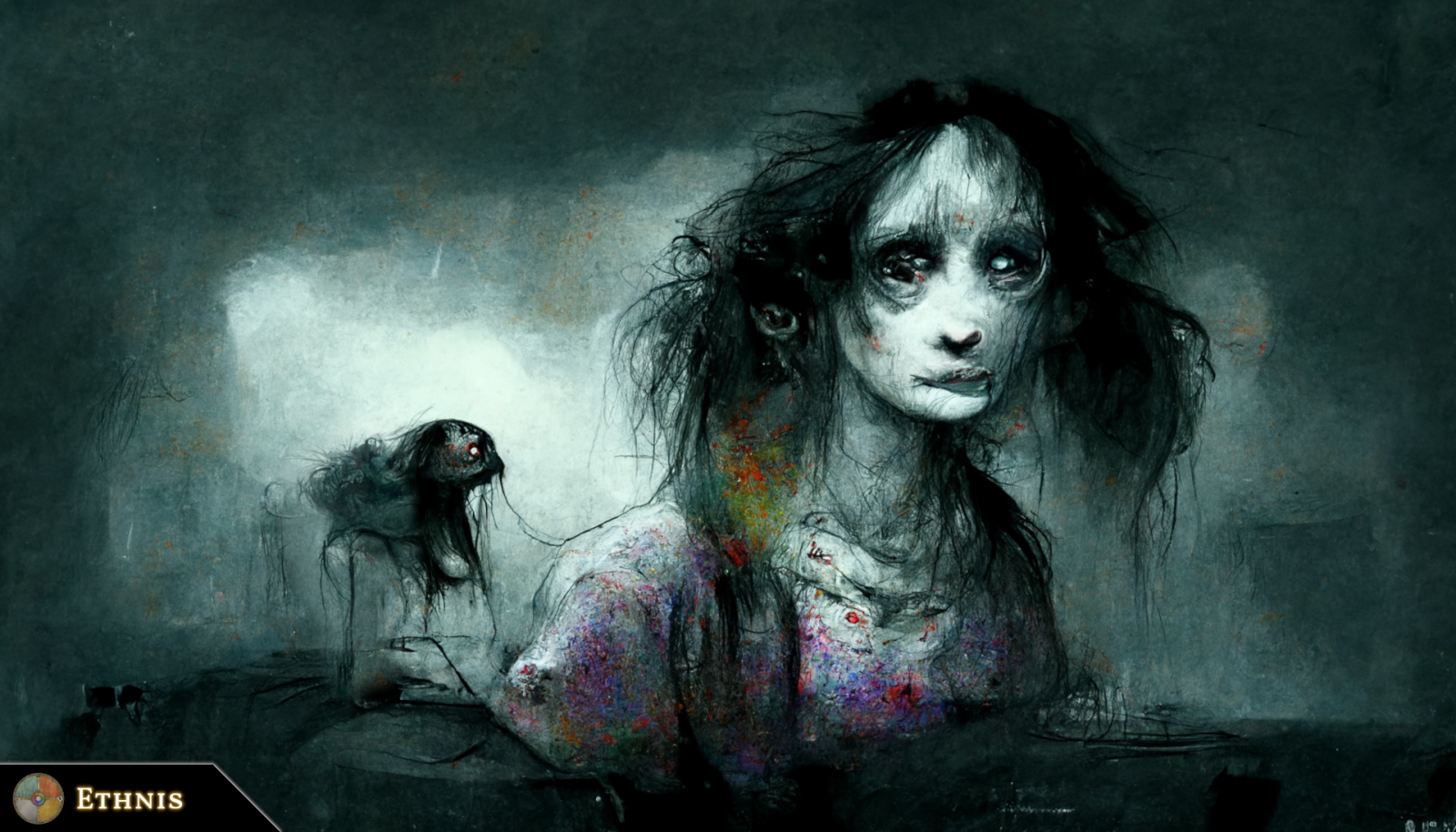 Play a Royal: You tear off a painful fistfull of your mushrooms. You may chuck it up to 10 ft away using the Royal, or may make a Precision check to throw it further. Once it lands, the mushroom attempts to take root. If the surface is viable, it will begin releasing spores. This generates a spore cloud that fills the space the mushrooms are in. In doing this, take 2 points of Stun Status from the pain.

The mushroom cloud will either drift downwind for [Bleak] spaces in , or will condense and spread in 1 space in every direction.

The spongy red orb landed on the flesh with a springy little bounce before beginning to unfurl like so many spring-loaded tongues. They slapped down wetly against the flesh, splattering out syrupy red stands in all directions that began to hiss and sizzle.

Within the tongue petals was an unfurling cage of cartilaginous innards, and within that --revealed by the unfolding tendons-- was another blossom laying diminished, swelling up as the tongues burned into the flesh.

The blossom rose as the flesh turned sickly grey, resolving itself everything a few seconds into a trio of ripe spores like the one Fykk had thrown.

Over the course of about five seconds, Fykk's spore had landed, unfurled itself into an inverted meaty lilypad, and fruited into three more spores.

He stepped in and crouched down to have a closer look, though stayed out of arm's length.

"It created Orga Adipose where it touched," he pointed out. "Digested the flesh directly into fatty fuel. Very interesting."

Fykk swallowed back his fear and fidgeted with the unevenly layered cloth of his tattered envirosuit as the spores withered.

Cassan's lips turned downwards and his head dipped briefly to the side in a noncommittal nod.

"Could be." He said, tearing his gaze away from the now crumbling, ashen growth. Nothing was left behind but the desiccated mandala of interlocked cartilage from the center of the fungus. "Have you met many old Bleakhearts?"

Answering: "a condition considered monstrous or "unlucky" by some"
Visit Ademal's Competition Page Check all other answers to this prompt Competition Homepage