Sonya is a tough fighter in anime girl packaging. She can take command, follow, or act on her own as needed. Of course, her enthusiasm can easily be construed as a bit... mentally unstable. 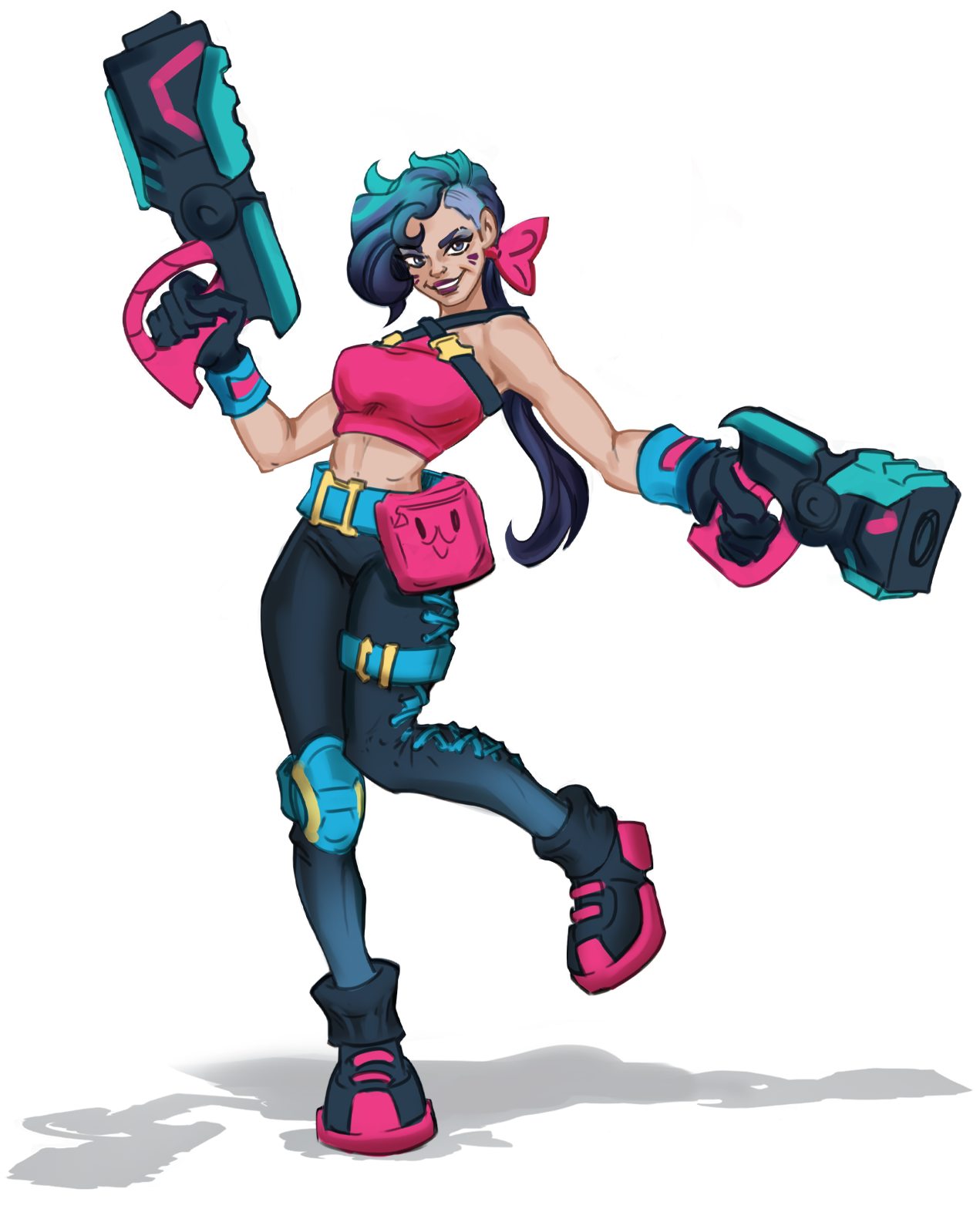 Sonya has always enjoyed being different. Growing up, she found social groups who appreciated her crazy hair, anime obsession, and wild ideas. Her friends weren't always as enthusiastic about explosives and actions and her, but it worked. By her late teens, she was proficient with several weapons and able to survive for days in the wilderness without getting her hair messed up.   She signed up for the army once she was old enough but it didn't take her long to figure out that she wasn't a fan of the discipline or rules. She quit and instead found jobs across the world as a mercenary. Those who doubted her abilities were soon convinced once they saw her in action. She works best under stress, which gave her a reputation for handling missions no one else would take on. There are plenty of people out there who owe Sonya their lives. There are also plenty of people who want her dead. In her mind, it all balances out. And the occasional assassination attempt on her is just good fun.   Sonya had already worked as a freelancer for Jegal Hoon on a couple of missions when he asked her to join the WARD task force. She agreed when she was promised mostly autonomy, and became one of the group's founding members. She technically outranks several others, but assumes others listen to her orders as much as she listens to anyone else's.

Sonya is toned and athletic, but she combines that with a bit of a kawaii anime style that gives more of a cute impression. This dichotomy is central to what she wants others to see, and she takes great care in preserving both. This means wearing her combat gear among civilians and maintaining her fun hairstyle in the wilderness, for instance. She usually has a wide smile or even grin, and especially so while brutal.   Color and fun details makes her feel excited about whatever is happening, including battle. She has even attached her favorite cat plushie, Mz McGee, to her rocket launcher and uses the ears to help her aim. There's no reason let gear be boring!   She doesn't like going anywhere without some form of weapon. Preferably, that means her usual guns, but anything will do. She has been in too many places in the world where someone might attack at any moment and thus can't really relax if completely unarmed. Her video tutorials on make-up in a war zone might never have gained much traction with the public, but she puts some effort into style herself.

Sonya often appears inane to those who don't know her very well. Her maniacal laughter doesn't help, but she's very good at what she does and has a well-honed strategic mind. Others have judged her often enough that she never judges a book by its cove — something that applies to terrain, situations, and tactics as well. Few take the idea of preparing to be unprepared as seriously as she does.   Sonya swings between overly cheerful and overly menacing without seeming to see the difference. Her voice can be loving while talking about her weapons or threatening when jealous of her teammates' good luck. On top of her other quirks, Sonya's ADHD caused her a lot of trouble in the past as she didn't pay attention to what was expected of her. While she has treatment, combat complexity is still the best way for her to gain focus. The many aspects to keep track of provides her with exactly the right amount of distraction to do what she needs to do.   Sonya prides herself on her ability to show off skills that others might consider brutal. Being dismissed as just cutes makes her see red, but so far she's only shot one person and stabbed another's leg. She considers this level of restraint quite admirable.   As for her work with WARD, she's there because she considers the alternatives worse, not because of loyalty to the organisation. If she thinks helping other will keep the power of the Embershard used for good, that's what she'll do.

Snow heard about Elle while he was retired and he disliked her tactics even then. Her joining WARD was one of the biggest reasons he hesitated. He considers her reckless to the point of being dangerous, while she thinks he's boring and uptight. Having them work together is... interesting.

Ava had heard about Elle way before they met. A badass anime girl kicking butt in any warzone? So cool! She tries to impress her idol whenever she can. Elle appreciates the sentiment but doesn't care quite as much.

The two women met during a rescue operation to save a group of hostages from a terrorist cell. With one focused on taking out those who would hurt others and the other focused on treating those who had been hurt, they ended up with a deep respect for each other. Their relationship lasted for a few years until Tania had enough of how reckless Sonya was. Innocent people sometimes got hurt and she never knew if her partner would come home alive.   From the outside, the two parted on very bad terms with a lot of resentment. The fact that Sonya got Tania recruited to WARD and the offer being immediately accepted might indicate that they are ready to bury the hatchet.

The two used to be very close and know exactly what to throw in the other's face. This includes sore points, humiliating secrets, to knowledge about illegal activities. 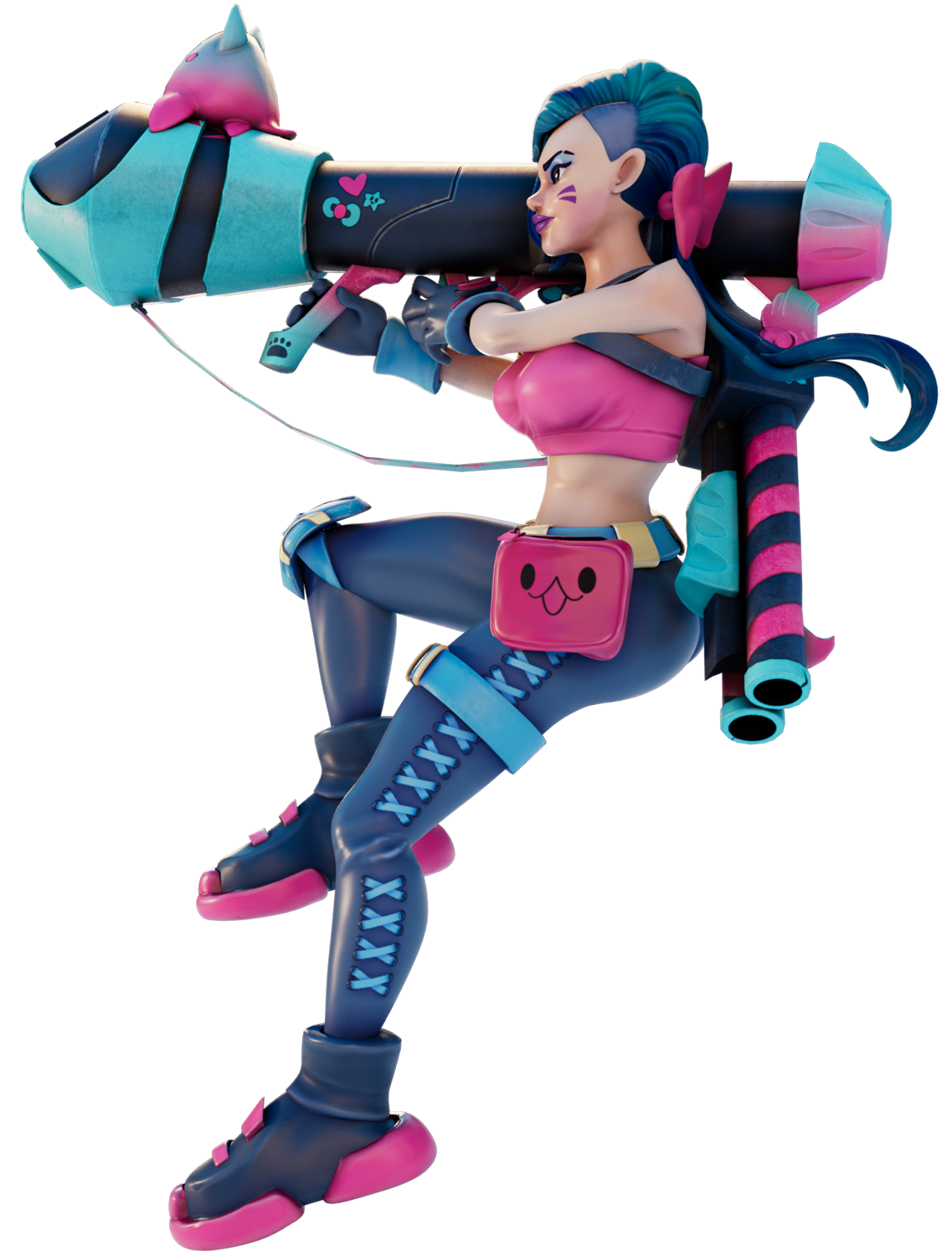