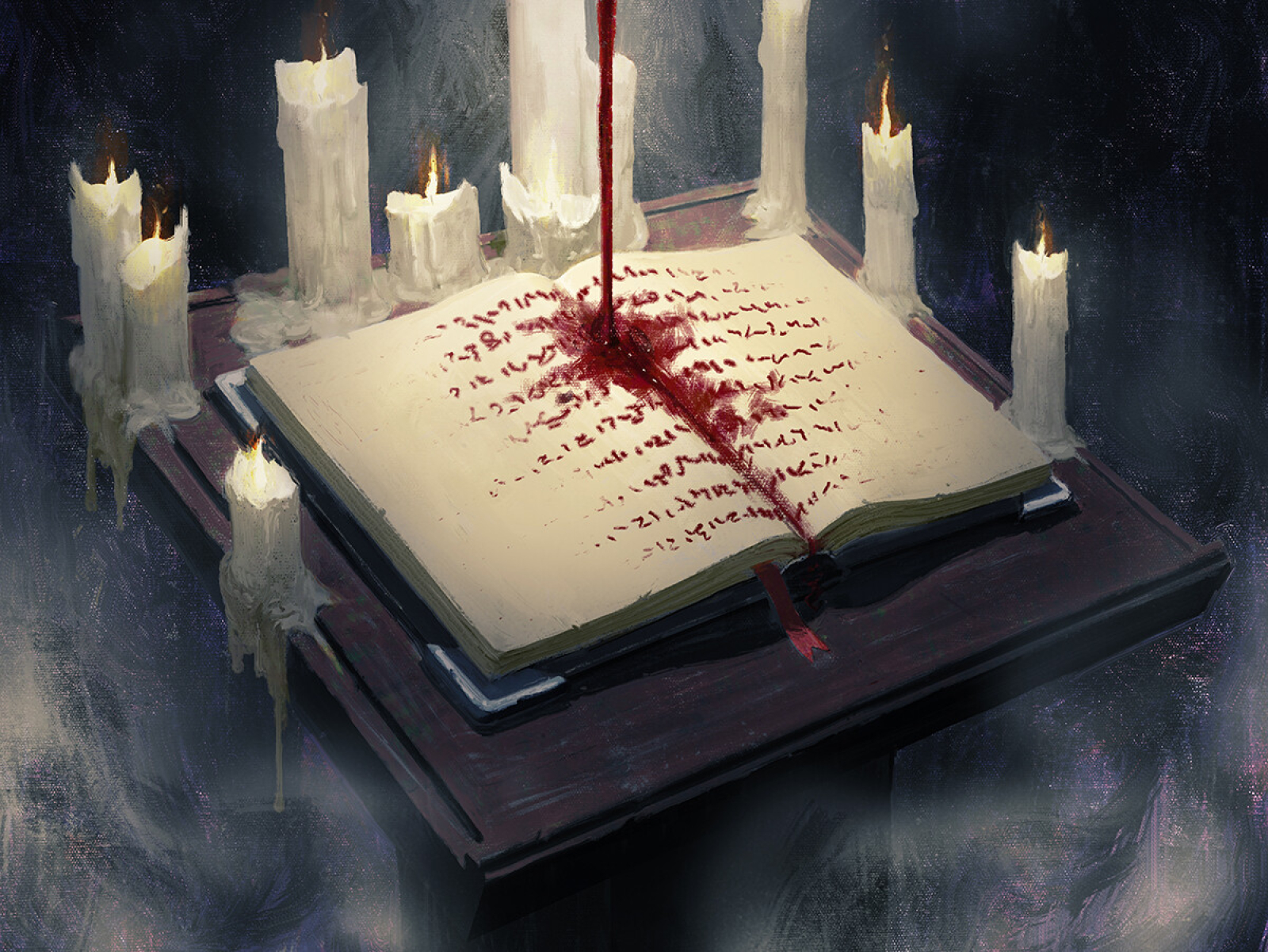 The Book of Night (Fragments)

The Chronicles of Vecna

The Betrayal   Vecna was born the first son of the Mother of Tellurian and the Father of Beyond, he was the greatest Celestian of his blood, ruling his brothers and sisters. Their first children were known as the Sons of For-Ever Years, crafted with the immortal spark of the Celestians. The Sons of For-Ever Years whispered conspiracy and betrayal to their creators, encouraging jealousy and envy towards Vecna. His brothers and sisters betrayed him. Kas, the Brother of War severed Vecna's left hand, as his siblings pulled him from his throne, while stealing his mantle of rulership.   The Curse   Lacking the power to destroy that which is immortal, his brothers and sisters united to curse him, attempting to break him. His Brother of Fire cursed him, saying "As long as you and your children walk this land, you will fear my living flame, and it will bite deep and savor your flesh. His Brother of Dawn cursed him, saying "As long as you and your children walk this land, you will fear the dawn, and the sun's rays will burn like fire. His Brother of Death cursed him, saying "As long as you and your children walk this land, you will cling to darkness, your will thirst only for blood, and eat only ash. You will be as you were at death, yet never dying, and never living, walking forever in darkness". His Brother of Life cursed him, saying "Vecna, though powerful you are, know this: that any progeny you now make will bear your curse, while forever plotting and fighting between themselves."   "Eat only ash", translates as know only sadness, or not knowing love.   The Exile   Vecna was exiled to the Mountains of Night, hiding from the Light of the World, where he wandered alone, hungry and cold. There came to Vecna a sweet voice, a honey voice with words of succor. Lillith, a woman, dark and lovely, with eyes that pierced the darkness. She offered food, cloths, and comfort. Lillith smiled and said, "Unlike you, I am Awake. I see the Threads that spin all around me. I have the Power to master the Threads of the Tellurian. Vecna said, "Awaken me, then, Lillith, I need this power." Lillith answered, "The price of power will be steep. You must gift me your left eye with a portion of your Celestian spark." Vecna, with resolve born of betrayal tore out his left eye, and gifted it to Lilith. She said, "Fulfill the curse guided by your own hand. Only you may grant your own death, while blood of your death will grant you unlife forever." As Vecna's right hand made his killing blow, Lillith fed him a chalice of his own blood. He fell into the Abyss, into the deepest darkness, for a time uncounted.   The Awakening   Vecna opened himself up to gaze Beyond the Night, and saw the infinite possibilities and knew that the path of power, a path of Blood was his for the taking. This First Path, from which all other paths would grow. When his energies first surged, he discovered how to move like lightning, how to borrow the strength of earth, and how to be as stone. He learned how to hide himself from hunters, how to command obedience, and how to demand respect. Then awakening further, he found the way to alter forms, the way to have dominion over animals, and the way to make his eyes see past veils.   The Crone   Even in darkness Vecna's power continued to grow. His brothers and sisters sent the Crone to trick Vecna and bind his will to her using her blood as an elixir. For three nights the Crone promised even more power and knowledge with but a sip of her blood elixir. On the third night Vecna was bound as Thrall to the crone forever. She would feed on his blood and take away his progeny to never be seen again. But Vecna was wise and subtle. He did not ever drink of her blood again. Vecna spoke to her of his dreams, "I fear for my life, Crone. I fear that my progeny lust for my blood. Tell me secret knowledge to make powerful against his progeny." She broke off a limb from the Elven Tree of Life and sharpened it to a stake. "Pierce the heart of your wayward progeny and it will render him still. Vecna thanked the crone while summoning all his Will and strength of blood he drove the stake deep into the Crone's heart breaking her blood bond, after a year and a day. 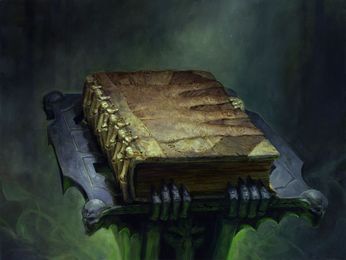