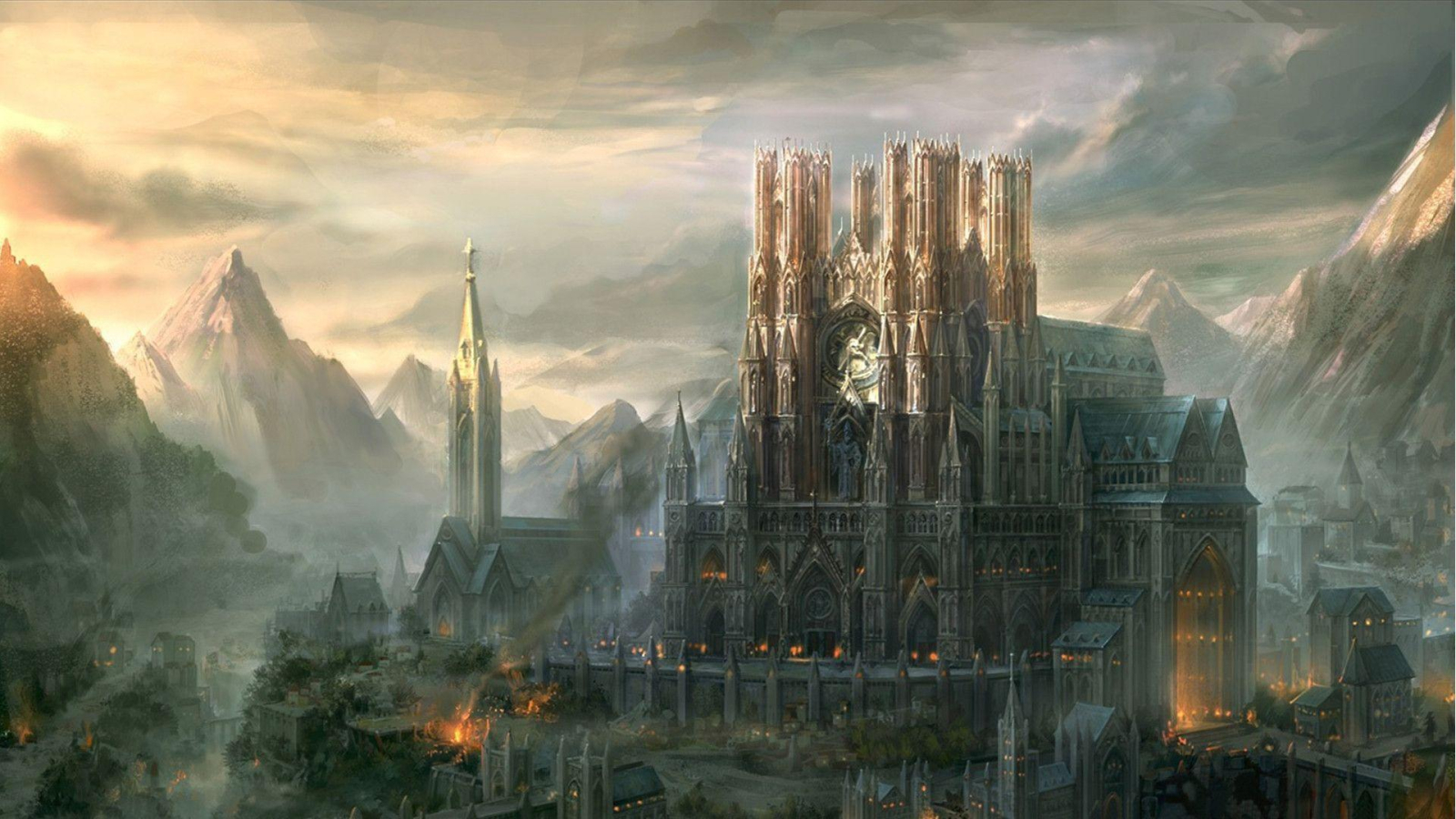 City of a Thousand Names

Stories about the first city are traded or argued by adventures, sages, and sailors with the promise of glory, treasure, and immortality. Mages seek the First city which is rumored to be the sources of magic, unlocking powerful unknown spells and sgranting the ecrets of crafting artifacts. Yet more stories mix the First City as resting between the lands of Fey and shade, a bridge between both.   The city is known by as many names as their are cultures to weave its mysteries. Some even call it the the city of a thousand names.

Atlantis I tell you, with self powered metal chariots! Bah, next you will tell me they have light to be riding at night.
— Anonymous Adventuring Brothers

The naming of First City as a city is based on its most traditional tale spinning. It has also been portrayed as an island, a continent, a world, a plane or the mind of a fallen god.

Within its gates are the legendary trees of the gods, one silver and one gold. Thier fruit and nector grant immortality. I saw it ... in my dreams. What you really mean is youve been drinking and dicing with elves.
— Famous Pirate Seeker and his first mate

The First City is well known to those of use who are studied. It is a great city of doors leading to all the places in the multiverse. It rests at the peak of a cosmic spike and wraps like a wedding band connecting our world to the world beyond.
— Famous Planes Walker 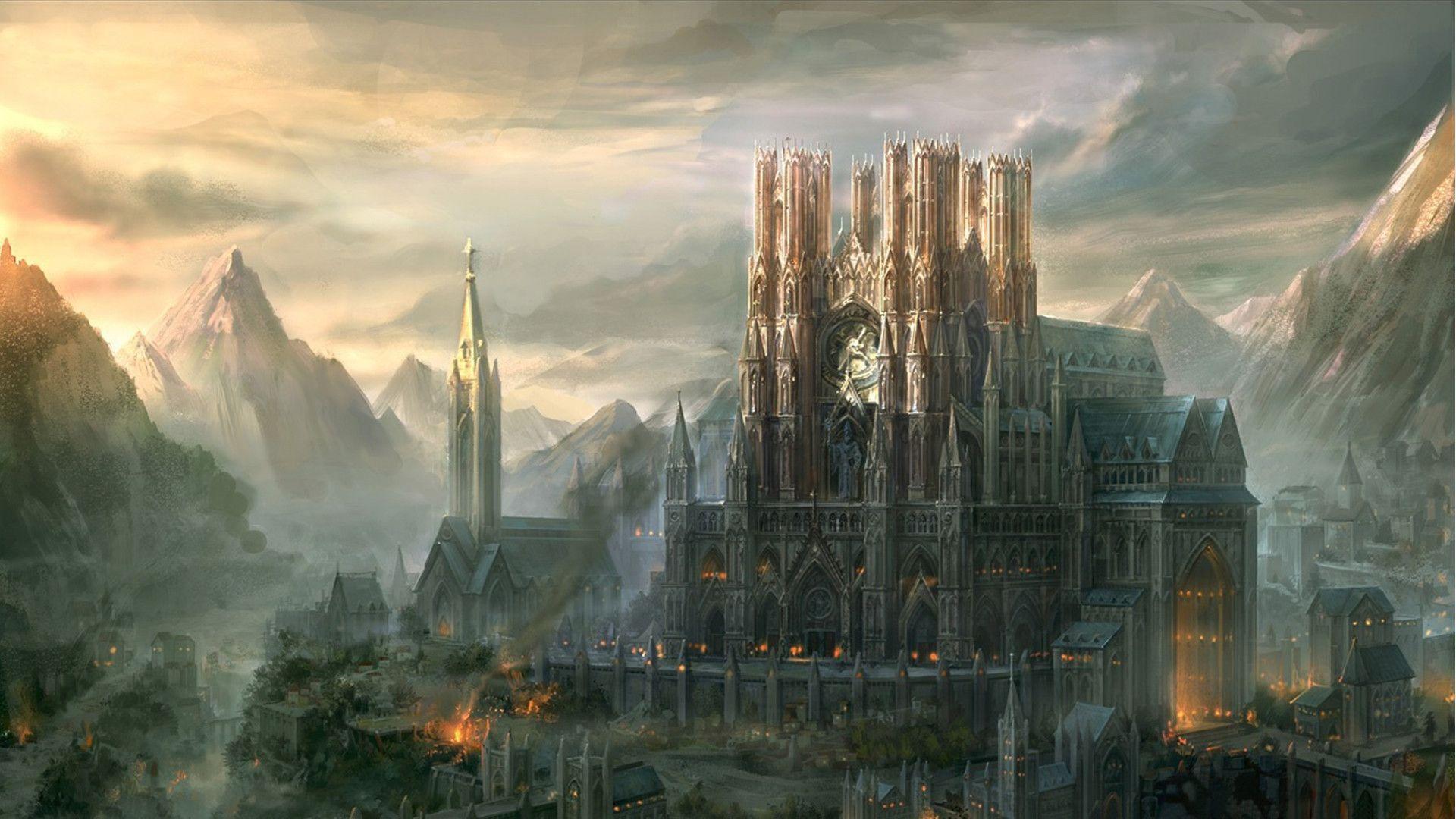 
The Truth of the First City

Like most myths the stories hold slivers of the truth, but none the entirety of a much more complex reality.   Before time was recorded the world was whole. Divinity and mortal sparks walked the same lands. All gods and myths were true. There was a war at the Dawn of all tales when things were young and the powers that shape reality were new. It is not certain who started it fiends, dragons, gods or something else. But the results would break and reshape the multiverse as a great battle raged across reality. The world and lands paid the heavy price, shattered and broken.   All the world's you know today were formed from the shattered fragments of the First World. Many of a world's dominant traits are a result of their fragment from the first world. The genesis of the species, gods, physical laws were influenced by what they were before the shattering and sundering. A world were dragobs were the original inhabitants may have been a dragon kingdom in the first world. A world without gods may have been shunned by the gods in the first world.

The Shattering & the Sundering

The shattering was the devastation that broke the first world into countless fragments that later evolved into the worlds, prime planes or materials worlds most know today.   The Sundering is what separated those countless worlds from the realms beyond. This gave a distance and eventually names to heaven, hell, upper planes, lower planes. No longer could mortal directly touch the primal fires of the multiverse. They would learn to channel divinity from the gods, but now at a distance never again wield the spark as they once did. Arcane user could pull the forces of magic from the beyond but they never flowed aa rich as in the first world. Still powerful but a pale Imitation of what once was.
Contents
Type
Dimensional plane

Answering: "an area or geographical landmark wrapped in myth, legend or superstition"
Visit Graylion's Competition Page Check all other answers to this prompt Competition Homepage