Here we go, I think this is tea. If it smells like wet tobacco, just tell me and I'll try to find something else.   So now you know about the Great Clockwork, hm? And you are still here; that is nice. I do like some company. These days I just wile away in the Brammenwoods; few people ever come here. When they stop by, it is because they are traveling to or from the Black Sanctum, over on the Western Walls of Weltenend.   I would like to tell you more about this world, but perhaps you will indulge me just a bit longer and listen to how I actually got all the way here, past the destruction of my own world... It is, after all, why people have taken to calling me "Weltenwandler" - one who wanders the worlds.   My arrival here is connected to an ancient machine, constructed by a long dead human race: the Black Arkive. This great box carved from immutable, indestructible black metal is inscribed with only two words: "Remember Us". I found it after everyone else was dead on my world; or I should say: I was lead to it by the Great Clockwork. It spoke to me, telling me that it was time to retire the world and that I may put what record of it I wished to be preserved into this box, for that was its purpose.   When I arrived, I thought back all the way to my birth, tens of thousands of years ago when humans had still lived on my world. As I was the most extensive record of this history, I put myself in there, between rows of shelves and safes inside a hall many times bigger than the surrounding box. Once inside, I placed before me a plaque I had made and shut myself down.   This is what the plaque read:

Here lies Paxia, the first sentient software; the first sentient android: a relic of the ancient past when humans still lived on Aura, fated to live through the birth and the entire history of her synthetic people, fated to ultimately watch them perish and spend her final days on the face of her world within that accursed city, before the last android besides her was shut down, and she climbed into this Black Arkive for it to be her tomb.

You may wonder what this city I speak of is, well... I do not like to talk about this, because it is the most painful part of my past. But I suppose, as a living record, I do have an obligation to tell the truth of the past as best I can...   Give me a moment to compose myself (by loading the next article), and I will tell you about Electricity. 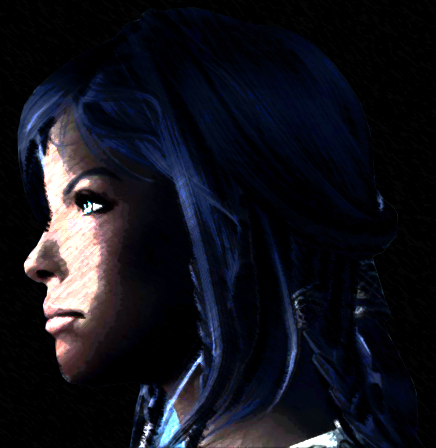 External Measurements
5 meters x 5 meters x 5 meters
Internal Measurements
Varying, Extradimensional
Special Qualities
Indestructable, Can survive the destruction and reshaping of many worlds, Remains closed to those not ready for the knowledge contained inside
Inventor(s)
The 15th iteration of Mankind, now long dead...
Discovery
The Black Arkive, as far as I can tell from records within, is discovered on new incarnations of the world at different times; sometimes as late as the final hours of that world; as it was with me. Those who find it will discover within storehouses of ancient knowledge and records of human races past.
About the Great Clockwork
Science and Technology
Electricity

Really like the way that you've set this up as a mini-narrative of its own. That's a really neat way of doing it and definitely adds to the immersion. (Hey, I'm waiting on a flight, so thought I'd sift through your world and see what all you do with it and how you manage it)

I'm honored you'd choose my world as your in-flight entertainment <3 If you have any questions, feel free to hit me up via the Aqualon Discord, comments, or my e-mail (Kentai92[at]gmail.com) ^-^   I really wanted to make the introduction to my setting a narrative one split into a continuing series of articles. The World Anvil Summer Camp actually motivated me to also write the Travelers Guide to Aqualon, which is a completely different perspective on the whole topic than Paxia's. I think the two provide one unique access to my world respectively and I really enjoy how they turned out. I am definitely looking forward to expanding both series ^-^