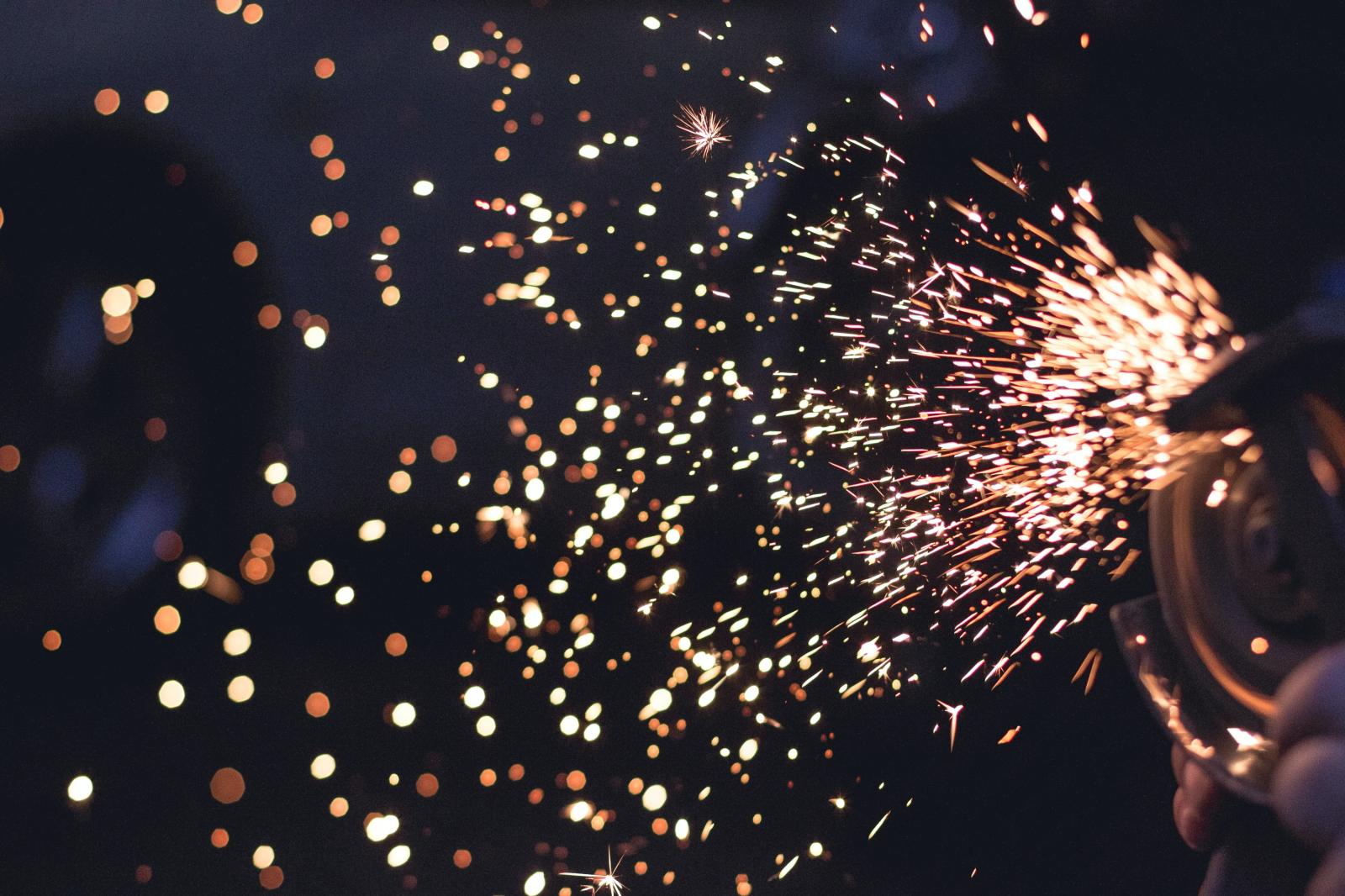 I nearly fell through the roof of dock 12. I was just minding my own business, stepped on an unstable patch of steel, and only just managed to catch myself before falling to my death. Once I pulled myself up, I looked down. I knew I found something special. The sun was just right, and I could make out the metallic sheen of a ship. It didn't match the stone and metal of the building, nor the metal of the complex itself. It was huge.

After obsessing over it for several days, I finally convinced my brother, Ian, to travel back with me. We brought extra, but still didn't have enough rope. We struggled to figure out how to get inside safely. I tied a harness around myself, and had Ian lower me down.
"But Caydie," he pleaded, "you'll never reach the bottom. Let's go home and get some help." He didn't realize my goal was not to reach the bottom, but to see more of the interior. I had no way of knowing what was down there. No point in getting help if it's too dangerous to explore.

As I descended, I used my headlight to survey the surroundings. I nearly screamed for joy when the beam of light revealed the most beautiful ship I'd ever seen, a destroyer. I still had no way to get inside. I cast the light in all directions, revealing a sealed metal door atop a large flight of steps. That was our way in...
— Interview of Caydie Kines

The Cradle is a massive manufacturing complex on Safeharbor. Originally the primary drydock for manufacturing Voidcraft by those that built it, the complex takes up 12 square kilometers of the planet's surface, and extends nearly 1500 meters below ground. In its prime, researchers determined The Cradle could produce 15 standard frigates at one time, and store materials to produce even more.

Now, after several millennia, only 3 of the dry-docks are operational, a massive effort on the part of our best and brightest. These shipyards featured extendable docks where the new ships could take off, or land for repairs. The complex is mostly automated. Those meant to work the shipyard would spend their time calibrating, resupplying, and repairing the machinery.

Humans learned how to restore the system's power, a complex network of tapped geothermal vents. They learned how to modify the vessels to make it better suited to human physiology, assisting researchers in understanding the previous residents of the planet. Currently, work is being done to restore more of the dry docks, but it is a slow process.

Humans were far too little in numbers to operate the cradle effectively. They lacked a means of producing the materials needed for the complex as well. To remedy the issue, they worked on procuring what was left behind in other dry-docks on the planet. In conjunction with the modifications they made, the earliest human vessels were discolored, their designs appearing crude compared to the second generation.

One could hold their own, but should they be caught in a situation not in their favor, it'd be a miracle if the ship held together long enough to send out a distress call. The ships lacked resources in certain vital components, such as shielding. The lack of understanding the technology they were dealing with led to unprotected vessels. They didn't understand what they did wrong, but they did know it was a problem and tried to find ways to attach heavier armor onto the vessels.

This protected them from high velocity space debris, but was unlikely to protect them from enemy fire. As time went by, and they continued to decipher more and more of the technology available, they overcame these hurdles. In the years to come, They combined the efforts of the three dry-docks, and produce their own dreadnought, The Colossus of Rhodes.

Initially, several vessels were already built and stored in the dry-docks, one of them, The SVN Cyclops, entered service during The First War after our meager fleet was destroyed. The other ships in the cradle were either incomplete, unsafe for operation, or otherwise inoperable due to the passage of time.

Some of the 10 frigates also had a pest problem. Ships left behind and accessible over long periods of time are prone to attracting wildlife that thrives in cold, enclosed, spaces. The cradle sits next to one of many terrarium zoos on the planet. It became clear that local fauna, usually isolated to these massive zoos, escaped.

The interior of these vessels were dangerous. Not only were some of these creatures predators, but entering the vessel could expose humans to contagions. As such, the ships were purged, and destroyed.
Type
World wonder

I approached my father, and he managed to get the whole colony on board. We cut through a door leading inside, and explored the complex with armed escorts. We found the power, and my father gave me the honor of flipping the switch.

I'm paraphrasing, of course. It was quite a lengthy process. When the time came, with the vents repaired and power restored, the facility sprang to life around us. The lights flickered on, the sounds of industry echoed for miles around.

Some say the noise is a problem, but I love it. I slept better every night since then. That first ship we saw? I claimed it. I knew it was for me. I spent days painting the name on its starboard engine. I named it "The Phoenix," and I can't wait to test it out...

Dawn
Season 1: Us
Sepia
Join The Void Between Discord!

At the very end, something clicked in my brain! Is Caydie the daughter of the man who was speaking to the senate in the article Safeharbor? If so, I just realized I've read from the perspective of a deceased character, which is fascinating. Another great article, Sage Dylon! It makes me want to keep exploring this universe.

I'm so glad you're enjoying it! I cant thank you enough. I've written many of the articles in such a way that the worldbuilding itself tells a story over time, as does the flash fiction and quotes that appear within those articles. A reading order isn't quite ready yet, as the story hasn't quite kicked off. Caydie's death was a big deal, as she was one of the most influential people on Safeharbor. You are correct that her father was the POV in Safeharbor article. I'm so happy the connections are noticed! Thanks you once again.