A hot-air balloon. Used as a mobile sentry tower/safe place to rest.

Back in Toft, You could always see the Balloons before you could see the actual caravan. The faint glint of sunlight glancing off the approaching clouds herald the new arrival of goods and merchandise. Schoolkids would have people posted at the top of the Standards watching the outskirts of the city during the days. See when they would go badger the merchants.
— An excerpt from "Airships, A collection of memoirs on the topic of the rise of Airships." 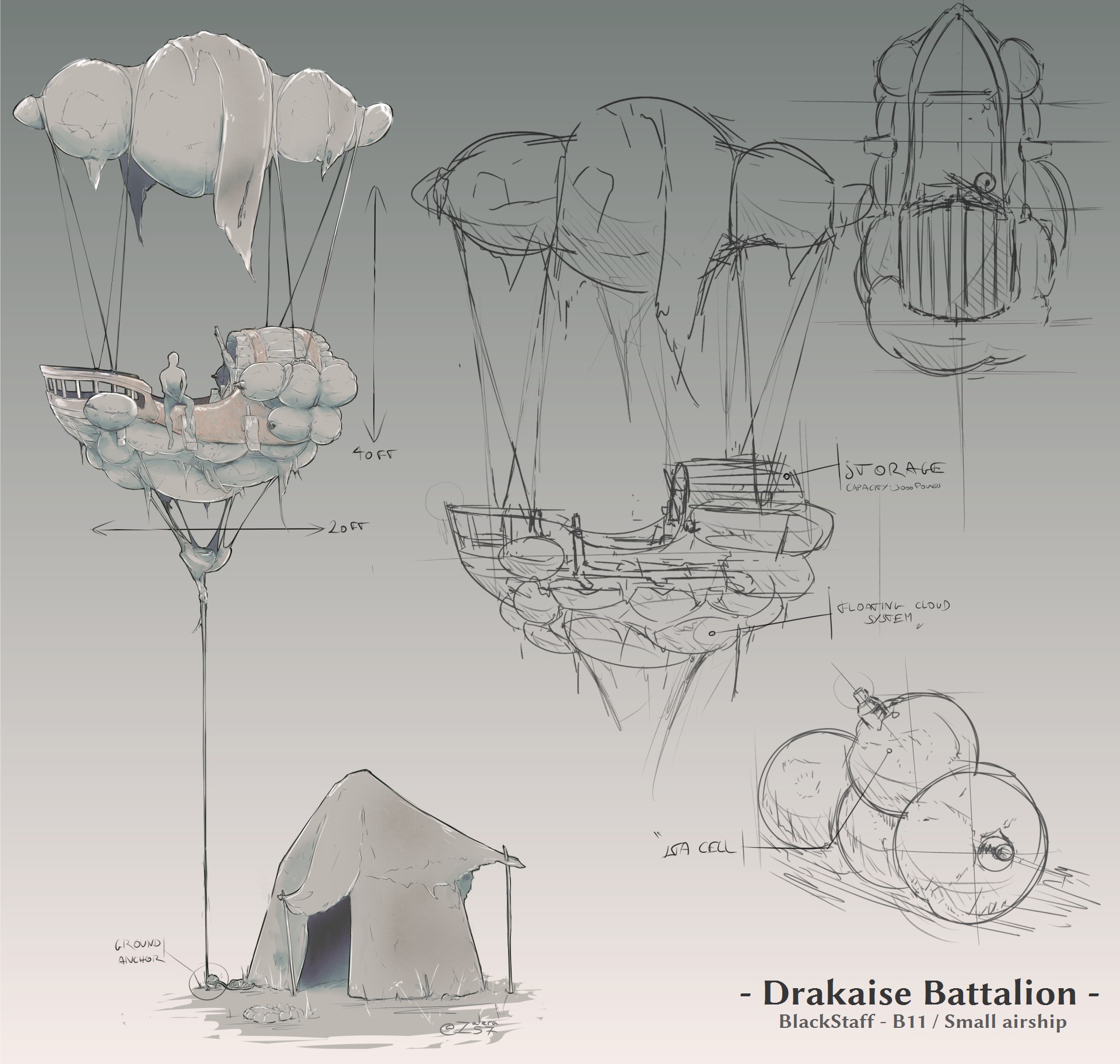 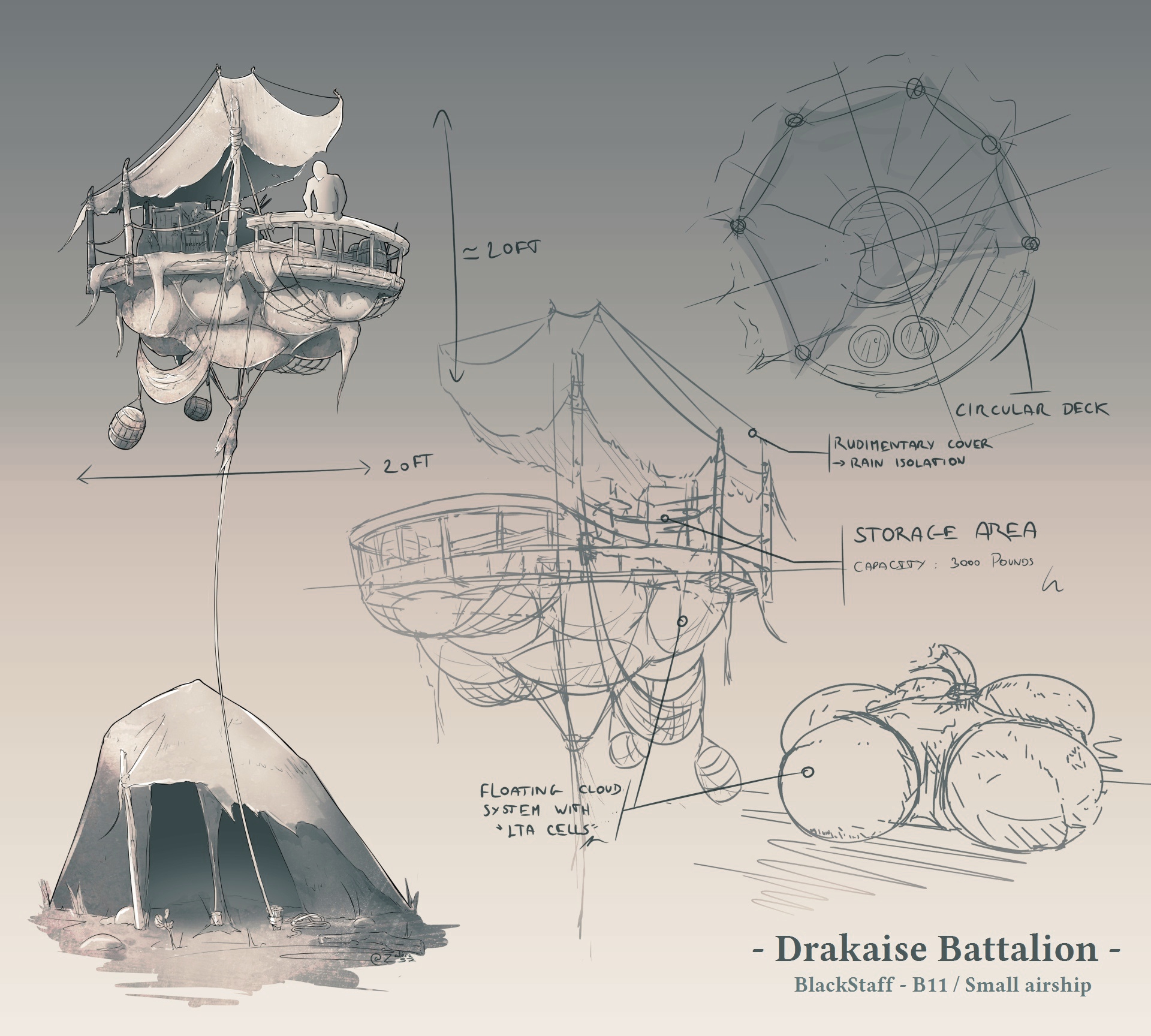 BS11 Sketches Cont. by Zalera
The Original Airship, this simplistic design laid the groundwork for most of the future advancement in terms of airships and was the brainchild of Qurillion BlackStaff himself. The BS11 has taken many notes from that original design and modern creators have taken 3 approaches with the design.   From the original hanging basket held aloft by a mess of constrained LTA cells both above and below, to the more refined "Floating Cloud" design that incorporates the LTA into the body of the ship and does away with the balloon aspect entirely, to the glider-esque BS11C that is used as an escape vessel for many larger ships and holds just enough to support slowed descents.   No matter the design, the majority of these ships are utilized by caravans and travelers to help offset carrying capacity and to make longer trips more bearable by bringing some of the comforts of home and maintaining a steadier travel feeling than some other methods. These are usually drawn by horse carriages or vehicles of substantial bulk to maintain the ability to pull the bulk of the BS11.
Length 20 feet
Height 40 feet
Crew 0-1
Cargo Up to 5,000 pounds
Speed N/A
Fuel/Power The BlackStaff class airship has no powered flight, is generally dragged behind land vehicles.
Docked Vessels The BlackStaff class airship has no docked vessels.

How high up are they dragged behind land vehicles?

Good catch! I redid most of this article to be more thorough, so thanks for bringing me back!   The BS11's usually hang around 20-30 feet up, but it depends on the needs and wants of the ones using it. :D 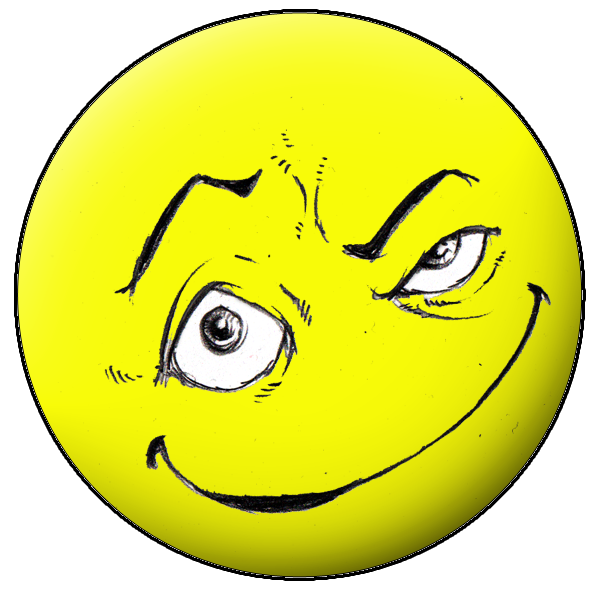 I LOVE artwork---and those spec sketches are awesome!