"My father found a way to create perpetual energy. It was to be his gift the Clockworks and to all Gnomekind. But after a lifetime of work…he left me without a way to follow in his footsteps.   This little thing produces enough energy to supply a computer,...well, a laptop, with electricity, no more. When he passed away, I was left to work with it as the only example of the possibilities. He said that if we worked hard, it could be the key to our city’s future."
— Morty Teedlebaum, gnome inventor

The floor of the room shook as the generator rumbled and whined, switching over to a perpetual loop—feeding off its own production of energy.   Within moments, the rumbling softened—becoming an even vibration that hummed like a large bladed fan.   “What’s happening?” Deloris blinked. She held up her hand, the lights in the warehouse intensifying.   “It’s working!” Morty gasped, “It’s…working!!” Sliding down the ladder, he grabbed his wife’s hand. One by one, the overhead lights intensified. A glance at the controls confirmed that all the energy output readings remained within the optimal range. With a squeak of glee, he pulled her out of the lab. Down the hall he raced, flipping on every switch he passed.   “Where are we going?” Deloris giggled, trying to keep pace.   “Outside! Let’s go see the city!!”   Deloris followed her husband, who laughed all the way. Out the front door and into the streets they ran.   It had been the first time either had stepped out doors since the riots had started. Smoke rolled up into the night air, camouflaging the flashing signs and billboard adverts that normally lit up the skyline.   “Oh my…what’s happened?” she asked, but Morty wasn’t paying attention to the actions of others.   His eyes were fixed on the nightlife above them. Like a wave, out from the warehouse, the energy came—the bioluminescent miracle, seeping through power lines and feeding the street lamps and porch lights. The dull yellow flared, burning brightly, casting off shadows. It spread.   Like a wave in the ocean, every light of the city caught fire—glowing and growing brighter and brighter still. Higher and higher the wave rose until it reached the Citadel itself—the tallest building in Clockworks. Like a lighthouse, the monolith building flared—it’s outer lights, installed up each outer seam, producing a pure white light that reflected off its silver mirrored surface.   Morty cheered and screamed out loud, tears streaming down his face. Throwing his hands into the air, he danced wildly in a circle.   “Yes, yes, yes, yes, YES!” Thrusting a fist towards the sky, “WE DID IT, DAD! 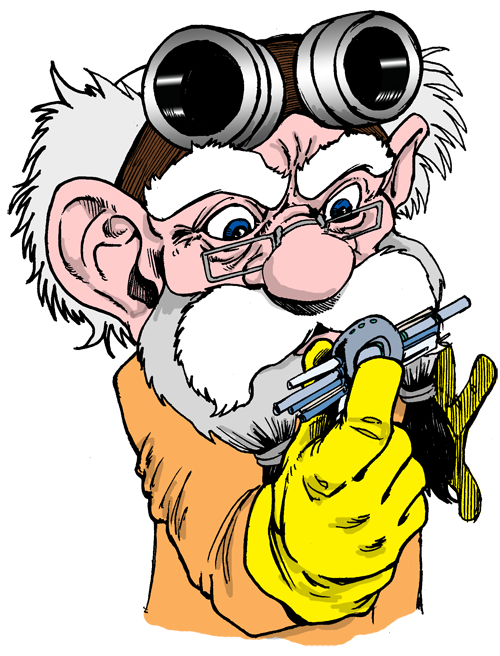 “If my calculations are correct, Dr. Teedlebaum, you may be a great deal closer to success than you realize.”
— Cryo64

Answering: "Describe a major technological breakthrough and the impact it had in your world."
Visit WantedHero's Competition Page Check all other answers to this prompt Competition Homepage

Gain FULL access to this site by joining the CHRONICLES OF A HERO email list
Get to know Jaime Buckley--the crazy author behind it all.   All artwork and content is ©2005 - 2021 Jaime Buckley. All Rights Reserved.
This site is a work of fiction. Names, characters, places, brands, media, and incidents are either the product
of the author’s imagination or are used fictitiously.
We do not take submissions of ANY kind.   Proudly powered by World Anvil.