Spirits of the Air

Djinn, or Genies, are spirits with tactile powers. They come from another world, like the giants or the fey, and are considered created creatures - that is, they were created by Vahan in His omnipotent benevolence.

Djinn with sorcerous powers will sometimes make their way to our world and cause mischief at best or become conquerers at worst. Al-Aswad was a famous Djinn King who conquered western Alk'kir in ages past. His conquests were halted by the ancient Tentyric Kings, and a peace was signed at the now ruined Khiladun oasis.

Indeed, it is from these conquests that the most famous powers of the Djinn were made apparent: that of their power to grant wishes.

It is only the most powerful of the Djinn who can grant wishes, and all wish granting Djinn are from the age of Al-Aswad or earlier.

Most Djinn have retreated back to their homeworld after a great battle between them and the Tomb Lords of Alk'kir.

The only other Djinn that remain were entrapped by magical means in lamps or rings. These objects contained the Djinn's powers and forced the Djinn into a contract with the user. The entrapped Djinn would have to grant seventy-seven individuals three wishes each, and then they would be released back to their homeworld.

After an individual uses their three wishes, the Djinn and its bound object vanish and appear somewhere in Alk'kir at random. The Tomb Lords were cruel with their methods of punishment.

Either way, the thing you should all care about is when and where these priceless objects appear.

Djinn sightings occur randomly across Alk'kir. They are often false rumors, but the occasional truthful tale will send dozens, if not hundreds, of adventuring, peasant, kingly, and imperial groups out into Alk'kir scouring for any sign of the Djinn object.

Because news of this sort travels quickly, it is wise to keep tabs on Alk'kir at the Adventurer's Guild. They have a system of sending stones and can send short, important messages quickly.

And news of a Djinn will make any Adventurer Guild's manager salivate at the mouth. A Djinn sighting means many contracts signed at their guild, and therefore more gold. You can trust the greed of the manager to be honest. 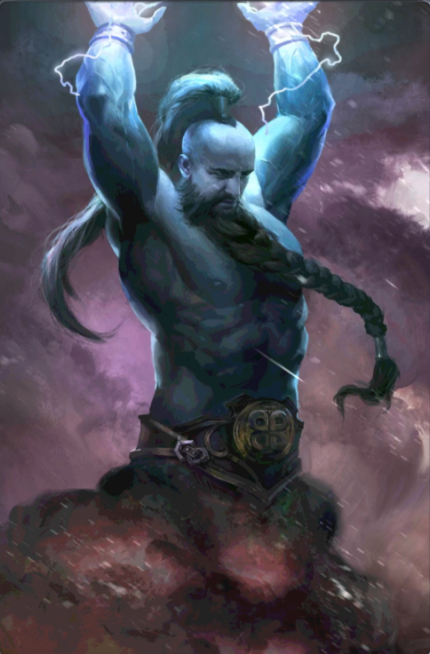