A Fly Caught in a Web: An Introduction to The Web

And The Web Is Full Of Spiders.

Listen, I don't know you. You don't know me. Just hear me on this. Don't ask, don't even think about it. If you need help to forget, see your doctor for some meds or just self medicate. Try the uppers first, then the downers. If all else fails just drink. A lantern has been lit in that brain of yours, and its best to keep it dim. The brighter it is, the more its light will reveal and if that doesn't scare you consider this: That light... that beacon... It doesn't just remind you why you feared the dark as a child.
By casting its light on what lurks in the shadows, you may forget that you are the source of that light... the beacon reveals you too...
— Morrigan

The web is an urban fantasy/supernatural horror RPG that takes place in the modern world, our world. If you look close enough, just past the mundane trappings of modern life, something happens. Patterns emerge that become more frequent.

The select few capable of peeling back the thin layer of the world to see the vicious horrors that feast on its roots undergo a kind of enlightenment, literally.
The Candlelight is what they call it, the people in The Web. It isn't clear exactly what it is, but the enemy can sense it. If you come into contact with something other than normal, the veil is lifted from your eyes. The more you see, the more frequently you see it...

It starts small like a weird phone call that commands you to stop walking just before being hit by a car, or a strange shadow that couldn't possibly be human in a dark alley towering over a fresh corpse. It doesn't matter what, but look too closely and it will look back.

A strange effect that seems to lift the fog that shrouds the hidden corners of the world. It can attract the horrors to you and applies to all who are exposed to the true nature of reality and not only survive but maintain sanity.

If the curiosity gets the better of you, you start to notice more. You will notice that a news report never gets spoken of again despite its importance. You may look deeper, even investigating it yourself. You may come face to face with that which kills the proverbial cat. Of course, that is the moment when you realize you're out of your depth.

...And Along Came A Spider

It's always the same spiel: the concerned citizen or the former parent bent on revenge tracking a child caught in a losing battle. For most of human history, these few have been horribly outnumbered and outgunned. They lack the knowledge to pursue and eradicate the things in the dark. It is why they feared it so.
In 1985, world leaders found a bizarre black envelope on their desks. They met, the cameras were shut off due to "technical difficulties" and a vote was cast on the contents. Almost unanimously, they all voted for the establishment of organizations without borders. Their agendas are divided, but their goals remain the same: To ensure the safety of the common people. These groups work together as well as they can. Each nation revealed clandestine groups already operating within their borders, many working outside of laws. "A Web of Conspiracies" they called it... and the term stuck.

An Ever Changing World

A major theme of The Web is that things have changed, and are still changing. The horrors in the dark are starting to change too. Creatures are becoming more resilient or outright immune to that which once worked perfectly. They grow more bold, and the web itself seems threatened by enemies on all fronts. Using the term supernatural isn't quite right to define these horrors. Many creatures of myth and legend are just as flesh and blood as we are. It's the special few who break natures laws that deserve the term...and their only so many that have ever been discovered. 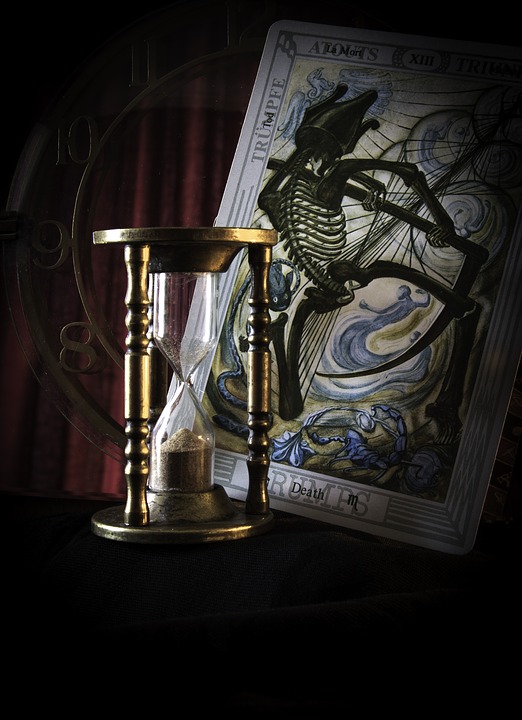 We All Weave Together

The web is only as strong as its thread. No matter how small, every group officially recognized by the Web is a part if The Web. Each group has its own agenda. Siegfried, an extension of the U.S. military, adopts the shoot first and stop asking questions policy whereas the Alexandria University focuses far more on study and containment. Some groups are smaller, more mobile, and scattered. These nomadic organizations are called The Troubleshooters and are usually the first on the scene when the monsters crawl out from under the bed. Most of the time, the troubleshooters can handle the situation, if not, they call in the big guns.

A sense of Irony

The Web is a world filled with irony. Secrecy is often ignored. Monsters of great size are pulled behind cars through the streets and no one would notice it. Those who hear the engines in the distance simply ignore it, saying it must be those kids racing again. Journalists who even try to publish anything are made into a laughing stock and lose their careers, and the larger organizations in The Web have nothing to do with it. The world beneath is everywhere and always in plain sight. Hell, you can find recruitment pages in a google search, it's just that no one makes it much further than the first page.

The Old and The New

Another major theme of The Web is the contrast between the normal life we all know and the distinct otherness of the world beneath. Usually things are described with a certain age to them. Places of magic and power always seem to be hundreds of years old placed smack in the center of a bustling modern city. These things are out of place, and out of time. The world beneath is stagnant and in danger. Most people in the web don't seem to notice it, almost like the wool has been pulled over their eyes...


...Its Not About The Monsters

Horror and sci-fi tropes litter the world like cigarette butts in a parking lot, but they are often undercut and flipped. Irony is key in this world, and you'd be surprised at how many 'rules' of sci-fi and horror it breaks.
Those who have power often find out they dont have nearly enough. Those who are well beyond the average human are never not in over their heads. Never forget: In The Web, genres are not a rule, but a backdrop, a tool to explore the people who must endure them. Most of the monsters can be replaced with just about anything and the story would be quite similar. Even Players in the RPG begin as normal people, sometimes playing themselves in their own hometown where the familiar is seen everyday. They will encounter various elements of horror, science fiction, and fantasy as they fall deeper down the rabbit hole. As they progress the web will open up to them. They can join organizations and have assets available to them that make them more efficient, even if it doesn't make their jobs any easier.


A Tale In Three Acts

The Web is a story that is separated into three acts. This story spans almost two decades and gives players two stages of play. Depending on which stage you are in you will find elements of modern horror, urban fantasy, cyberpunk, and post-apocalyptic storytelling.

The first stage of the web is a world that is the same as ours, the world beneath hiding just below the surface. It is a time of normalcy but a time of fear. The monsters are getting stronger. They are evolving, but we stay the same.

The World At War

After an occult weapon detonates, wiping the west coast off the map, the world is sent into chaos as the world beneath is plain for all to see. Beings from the stars emerge, technology runs rampant, and the very fabric of reality shudders

The world as we know it ends...

Heimdal and The Bifrost

Ever watchful for the horrors that lurk.

The Young Gods are divine beings that have emerged between the years of 998 AD and the present day. They are a complex group of gods, demigods, saints, and spirits who are changing the balance of power among the divine.

A rockabilly girl gang with chapter houses all over the world that hunt the horrors of the world beneath.

The Green Fairy, Artemisia, Absinthe... She is a goddess of revelry and abandon created by the culture surrounding alcohol, namely absinth, a potent alcoholic beverage.

A sanguimancer and denizen of the wetworks.

How The World Works
Join The Web Discord!
Cover image: by Adobe stock-Manipulation by Dylonishere

Ooooohhhh no. ok I shall fix those things. Be that guy man. I thought I nailed this one down. Thanks so much. As for your question I mean... yes and no. The organization work together yes, but there are many cases where they have been in very direct opposition. It's come to blows from time to time. This is the bigger ones though. Smaller ones are almost always engaging in jolly cooperation but the big guns are almost always tense when around one another. The university, which is a place of research and free scientific thought is always against siegfried who are funded by the US.

Nice timing for the bump! You've reminded me— I should absolutely set up an intro post for my new world I'm spinning up for WorldEmber.

Woot yup, for some odd reason I had a cool tag messed up and I hadn't even touched the article for ages. Fixed it and thought 'hmm. Prolly should remind people the world is a thing since I don't ping from it often' XD   All the same. Thanks for the likes and comments. Im glad you enjoyed Oxenfree and I'm looking forward to the new world.

I could totally see myself playing a classic detective-noir PI in this world. Maybe he'd use E-cigarettes to keep himself sane...

Lollll yesss! I never tried to apply noir to it but oooof it'd be perfect. Doooo itttt.