What better dream to dream than to become the dream that all shall dream? That, is what makes my eyes gleam!
— Zeloutihue: Lunatic of Lliaq?

A lesser plane of existence, created from the ascension of the infamous Zeloutihue: Lunatic of Lliaq.? 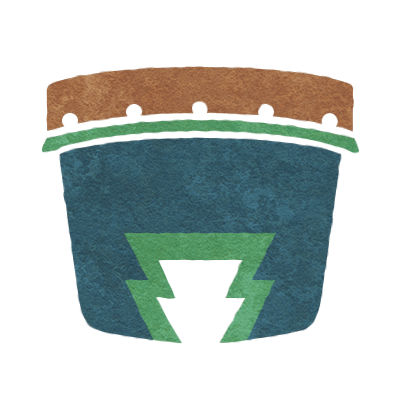 Zokatash is a plane that consists of an endless lake, its waters clear save for the fractaline patterns that shimmer and dance along its surface in iridescent colors. Most of the lake is only shin deep, occasionally broken by sudden drops that are bordered by raised folds which nearly manage to break through the water— hills and valleys akin to the wrinkles in one's skin.   These all too easily catch the careless off guard. A light fog fills the entirety of the plane— not enough to significantly reduce one's visibility, but enough to keep one from seeing too far into the distance. Not that the eyes of most mortal humans could do so, anyway. A dim blue light is cast evenly throughout the plane, much like that seen on a particularly bright night— yet no source can be seen in the featureless dark-blue sky. The air is cool, but not cold— and the natural lake smell one may expect slightly burns the nose, as if it were ever so slightly corrupted— enough for one's senses to take notice, yet not their minds.

One finds themselves in Zokatash when they are stolen away in their sleep, through The Dream. Much of the lunatic's life was spent studying, manipulating, and combining dreams— and Zokatash is the result of her life's work. At first, Zokatash merely replaces whatever dream its victim was destined to have that night. Over time, the dream will repeat— wandering through a cold, endless lake— slowly but surely as it devours more and more of the victim's dreams. This continues until the victim falls into a coma from which they will never wake— perpetually creating dreams to fill the Lunatic's Lake. This process is sped up greatly when the victim dies inside the lake, be it by falling and drowning, or if hunted and killed by the deadly gaegoed? that lie in wait just beneath the lake's surface.   Effectively, Zokatash intercepts The Dream, a process which can take weeks, months, and even years when dealing with particularly strong minds. This stops the minds of its victims from joining and thus empowering the great plane of sleep, forcing them to instead bolster the power of Zokatash. Some occultists believe it wishes to overthrow The Dream entirely, though its motives are uncertain.

As one traverses Zokatash, they must keep an eye out for wrinkles— snaking features that appear at random, creating folds within the lake— as if some great hand had pinched the very skin of the land beneath.   These will never appear directly beneath one's feet, but often a short distance before them— the water above them may ripple, but there is no sound to accompany the change, and warn victims of the looming traps. Worse, these can move across the lake with terrifying speed— creating warning waves.

It is unknown whether the gaegoed within Zokatash were created by the plane itself, or if they were simply attracted to it after it was first created.   Either way, those who find themselves wading in the lake must stay keenly aware of any movement in their surroundings— the creatures appear like the water that fills the plane, but in the shape of strange, bulbous forms with many legs. Their skittering across the surface of the water is soundless, and those who don't keep an eye over their shoulder will not last.

Ideally, one would avoid entering the Lunatic's Lake in the first place, knowledgable occultists often sleep with certain runes and perform certain rituals to mask themselves from the plane, or otherwise make themselves unappealing to it. If it cannot be avoided, escape is no easy task. One's first instinct may be to avoid sleep altogether— doing so will only make things worse when they do finally succumb to slumber, however. No, to escape Zokatash, one must find and retrieve their dreams within the lake.   These may be near or far, and can take many forms— such as solidified orbs, glowing spots within the lake, or ghosts wading in the distance. All of these can be collected in the same manner, however: confront the dreams, and collect them in a dream jar. Dream jars must be made from one's own dreams, a difficult task when within a plane that attempts to consume every dream one produces— sometimes leading to the jar appearing somewhere far away. But, if one can manage to obtain a dream jar, and find their dreams— they will awaken, and never find themselves burdened again by the Lunatic's Lake, which deems them to be difficult prey.

A infamous occultist skilled in the realm of dream magic, who eventually ascended to become a separate plane of existence.

A liquid being that feeds on dreams while suffocating its victims.

A poor, dilapidated town that hides a secret— an opulent version of itself, leeching off its mortal counterpart from within another plane of existence.

P'qur: The Labyrinth of Gods

A lesser plane, open only to those who accept an offer— solve the labyrinth, and become a god.

A plane of existence that feeds on dreams, and steals away mortals in their sleep.