That stone was hewn by my ancestors, as a testament to their faith. Yet you claim my ancestors never did such a thing? That yours simply dredged it from the sea? Tell me, then— how did it come into our possession?
— An angry man

Ta'at, the Stone of Grudge, is an ancient artifact that is older than civilization itself. A stone which, at random, will cause people to believe it is inextricably tied to their cultural history. 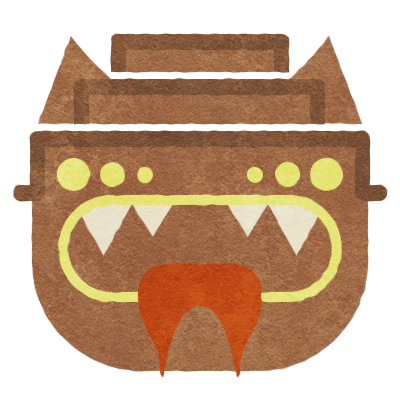 Ta'at has appeared many times throughout Qet's history, from the ancient, inhuman, parasites— such as those living within and even before Waade?— to today, where people still visciously fight over its possession. It is unknown, exactly, where it came from— it may simply have appeared one day, from nothing. Regardless of its origins— it is able to influence people hundreds of miles away, even if they've never encountered the stone in their lives.   It is likely that this is how it was first discovered— appearing in the minds of parasites, supplanting itself as a core part of their people's history. Naturally, once this was believed, these people would have searched for— and found— the stone.   To complicate matters, Ta'at implants itself in the minds of at least two groups at any given time— leading to conflict as they all lay claim to it for wildly different reasons. One group may believe the stone to have been created by their people at some point, while another group may believe that the stone was a gift from the gods— whatever their reason, they will believe it to be of incredible cultural importance.

"Please, you've never even heard of the holy stone— it was created by our great prophet!"   "Holy stone? You are mistaken— that is our guidestone— it lead us to the promised land, in which we now reside!"
— Bickering leaders

Each group believes that they must have sole ownership of Ta'at— refusing any semblance of compromise. Naturally, this leads to violent conflict, conflicts in which entire peoples and nations have even been entirely wiped out. The Tuulad, for example, fought amongst themselves to the point of extinction— their many tribes all making separate claims to Ta'at.   After the bloodshed, the stone may remain dormant for days or centuries— before implanting itself in the minds of another group, who will then attempt to reclaim it through violent means once again. At current, Ta'at has faded from memory— its most recent appearance having been around five-hundred years ago. It lies dormant and forgotten somewhere unknown.

Ta'at is a wide, 10 ft. tall stone of dark-purple make, with faint golden striations curling throughout. Its coloration is somewhat chromatic, and light dances brillantly across its rough surface.   Its shape is rough hewn, clearly worn over the years, wider at its bottom— curving slowly towards a thin top which is truncated by a point on its back-left corner, as if a significant chunk of the stone had fallen off many years ago. In a certain light, one may be able to notice faint carvings on its surface— a brief passage written in an long-forgotten language.
Misc

Answering: "an ancient and/or powerful artifact"
Visit Timepool's Competition Page Check all other answers to this prompt Competition Homepage

Whoa, this is fascinating. Gives me sort of spooky, Lovecraftian, Nightvaleish, Twilight Zoneish vibes. I love it!

That's some evil stone... I like the concept :D Some god must be having fun with their toy :p

My world primer, list of summer camp articles and my short story.
Powered by World Anvil