Write about a famous agreement, contract or treaty that shaped the history of your world.
— Document

The Oath of Tyndareus

The Oath of Tyndareus was mutual defense pact devised by one of the preeminent problem-solvers of his day.   On the one hand, it successfully avoided a complicated love triangle. On the other hand, it unintentionally started a massive ten-year war followed by a collapse of civilizations and four centuries of Dark Ages.   So...kind of a wash?

Helen, the Princess of Sparta, was fated to become the most beautiful woman in the world, and everyone knew it. Even as a child, she was kidnapped by a king who hoped to hold onto her until she reached a marriageable age. By King Theseus of Athens, in case you were wondering. Thankfully, Helen was rescued, and Theseus was punished by having his mother sold into slavery, because the law was harsh in those days.   When Helen's parents, King Tyndareus and Queen Leda, announced that Helen was finally ready to marry, dozens of suitors showed up. Many of the suitors based their claims on wealth, status, the powerful armies they commanded, and their capacity to burn things to the ground if they didn't get the bride they'd come for.   Tyndareus facing this horde of powerful suitors, feared a war at his doorstep no matter which suitor he chose. There were just too many suitors, and only daughters enough to satisfy one of them, or possibly two if one of the unsuccessful suitor were willing to settle for Helen's twin sister, Clytemnestra, who had a bit of a mean streak.

One of the suitors was Odysseus, a particularly clever prince of Ithaca. In exchange for Tyndareus's help in securing his chosen wife, Penelope, Odysseus offered a potential solution to the king's dilemma.   All of the suitors would swear an oath to defend the eventual winner from all attacks, or in the case that Helen were to be abducted again, to do every possible thing to bring her back.   All of the suitors swore the oath, because that was the only way for them to stay in the running for Helen's hand. And when Menelaus was chosen, he found himself with a massive army pledged to protect his marriage from all forces that might try to take Helen away from him. Menalaus's brother, Agamemnon, married Clytemnestra. Odysseus married Penelope.   And everyone lived happily ever after.

Then some fool had to go and not only abduct Helen, and not only take all the wedding presents, but to flee with them to Asia. He tried to cover his tracks by changing his name from Alexandros to Paris, or maybe vice versa, but the former suitors were not fooled. They assembled over a thousand ships, sailed to war, and came back with considerably fewer warriors than they'd left with.   So many dead warriors.   So many kings away from their kingdoms for an entire decade or more.   So many kingdoms with kings who never returned at all.   Not long after, the weakened Mycenaean Civilization fell, and Hellas entered a Dark Age that lasted 400 years.   Thanks, Odysseus. 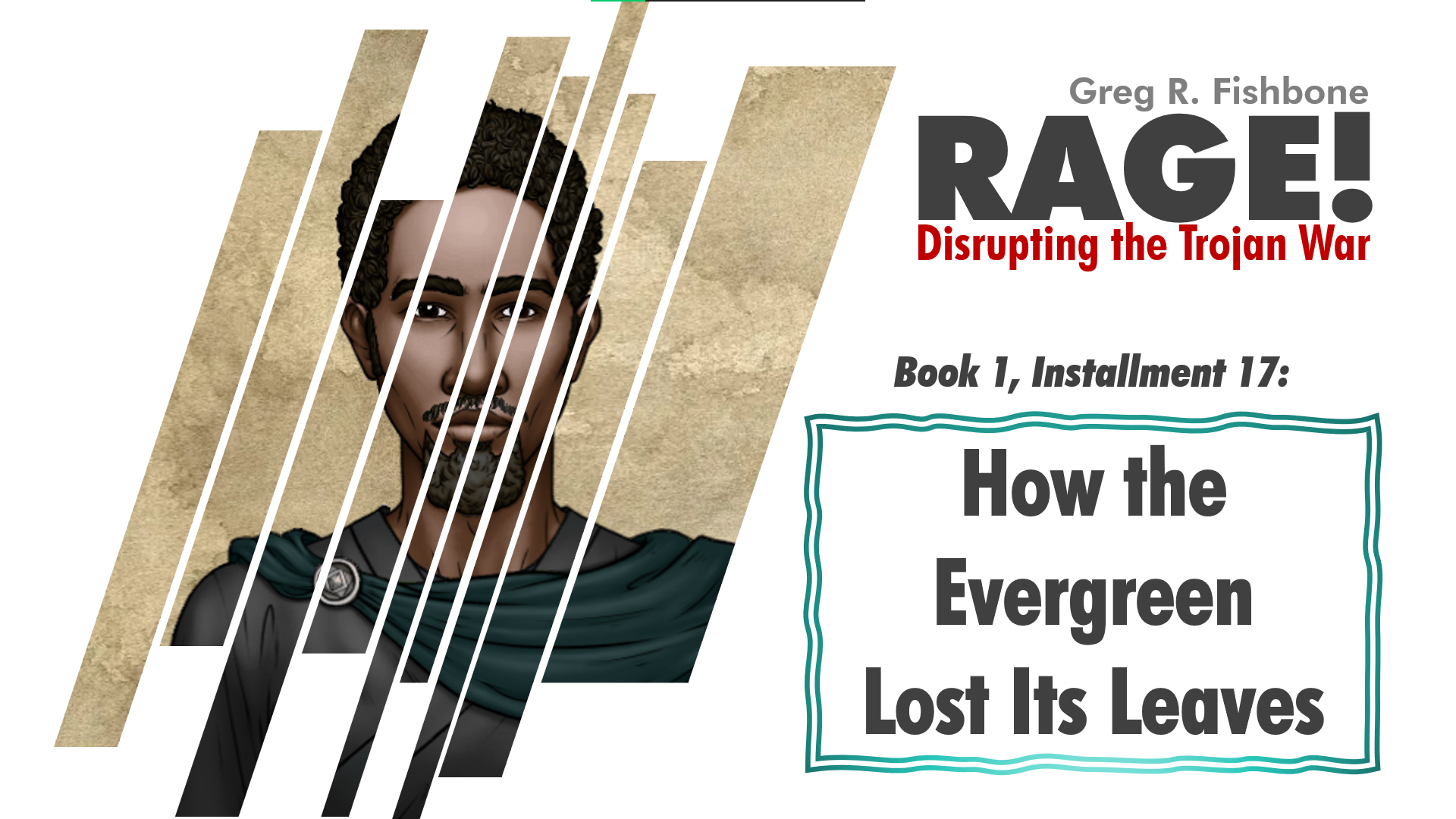