The Atheists of Mythoversal Hellas

The Atheists of Mythoversal Hellas are famed for their peerless ability to disbelieve supernatural forces. From gods and ghosts to spirits and spells, from predestination and potions to planes of alternate existence, the Atheists disbelieve them all with equal non-fervency.   Atheists display a great deal of flexibility in their theological non-belief. While believers usually follow one specific belief system at a time, an Atheist can disbelieve dozens of unrelated pantheons in a single non-thought.   However, a lack of attention to theological matters can sometimes lead to a condition known in the Atheist community as "disbelief fatigue." When an Atheist's defenses get worn down, a god or goddess may be able to slip in for a chat. Thankfully, such epiphanies are usually uneventful and can often be afterward excused as daydreams.

Atheists and the Law

In some corners of the Mythoversal Hellas, openly professing Atheism is an offense punishable by remedial instruction, banishment, or death by hemlock smoothie.   But even in regions where open thought is tolerated, Atheists are kept at a distance for fear of an imminent lightning strike from the direction of Mount Olympus.

Atheists may find themselves disowned and disconnected from their highly religious families. This is a social disaster in a culture where ancestors are respected to the point of worship, where men are defined by tribe and oikos, and where honorable parentage is required by polite company.   Those who are disowned for their lack of belief have been known to invent new names and backstories upon moving to a new city. Ironically, the best way for an Atheist to avoid personal questions is often by claiming to be a son or daughter of Zeus.

Atheists reject society's teachings that the world is run by gods who bicker constantly amongst themselves, lavish rewards upon their favorite mortals, hold multi-generational grudges against families of the accursed, and otherwise act upon inscrutable godly whims.   Instead, the Atheist chooses to believe that the world's suffering, sickness, poverty, wars, crime, and unavoidable death can all be explained by the fact that humans are jerks to each other, tend to wallow in their own filth, and need to slough off and die to make room for future generations.

Wide variation in non-practice is observed, but many Atheists actually find themselves drawn to the pageantry of religious holidays. The intangible internal flicker that Atheists stubbornly refuse to call a soul is uplifted, even in disbelief, by the chugging wine to celebrate Dionysus, the chugging of beer to celebrate Demeter, the chugging of mead to celebrate Apollo, followed by the lifting of toasts to Zeus, Hera, the nine Musai, the three Morai, and every spirit in the glen.   When the revels turn roudy, the Atheist is often the one leading the fifth round of traditional ballads and arguing most fervently about the wording of certain hymns.

Most marriages in Hellas are arranged between the mothers of the bride and groom, although fathers are allowed to believe that they are actually the ones in charge.   Marrying off an Atheist daughter is tricky, not for her beliefs in themselves, but for the intelligent, stubborn, free-thinking spirit they represent. Fathers tend to assume that such traits will be undesirable to the groom's family, while mothers lament the loss in depriving the household of such a keen asset.   Marrying off an Atheist son is nigh impossible due to the common belief that the gods will curse the union of any male non-believers. Without a wife, and with no prospect for a recognized heir, even the Atheist who is accepted and loved by his family will be denied a share of the inheritance. The traditional paths for Atheists to establish a fortune of their own lies in mercenary work, adventuring, high-seas piracy, or opening a pie shop.

Because Atheists are such a small minority, and so randomly scattered throughout the Lands of Hellas, their hopes of settling down with a like-minded spouse is remote. Most often, they look for a godly believer who is tolerant of deviant views and who has a likewise tolerant family. They end up tithing generously to the local temples and sending their children to such religious schooling as might be found at Chiron's Hillside Academy for Wayward Youths.

Atheists aren't much for social groups. There is no such thing as a Temple to the Lack of a God. Therefore also, no cult, no priesthood, no leadership, no sacrifices, no holidays, and no rituals outside those of mainstream believers.   Although counter-cultural in many ways, the Atheists of Hellas lack the organization necessary to be considered a true movement. They try hard to blend into their society to the point that two Atheists living in Corinth might pass each other every day of their lives without ever realizing they have a non-belief in common. I absolutely love the start with that lovely poetry! A based idea but worked out in an awesome and inspiring way well underlined with your layout, keep on that good work! 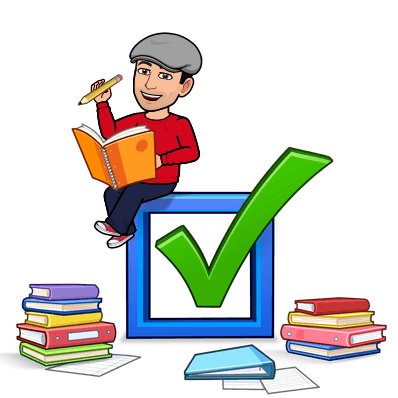 Thanks, I'm glad you liked it! It's the first time I've tried a hybrid of poetry and information as an article.

Greg R. Fishbone, Author in Residence at the Mythoversal Movement, is currently presenting disrupted retellings of the Iliad and Posthomerica.

Planning to do the same, knowing how fiddly poetry can be I really appreciate it.

I think my partner might secretly be a member of this group! I adore this article. The poem at the start is fantastic, and there is just such great humour throughout.   "...although fathers are allowed to believe that they are actually the ones in charge." Honestly, that cracked me up so much.

Greg R. Fishbone, Author in Residence at the Mythoversal Movement, is currently presenting disrupted retellings of the Iliad and Posthomerica.
Powered by World Anvil