Prepare your planting in the spring for my coming, and send your offerings with me in the fall as I return to the sacred mountain1.
— Inari

Inari is one of the most mysterious and popular kami. He's best known as the god of rice cultivation and foxes.   This kami's most famous shrine is Fushimi Inari Taisha in Kyoto. Inari is also the protector of Toji (a popular temple) in Kyoto.
Although Inari is referred to in this article as 'he', he appears as both male and female.   Common depictions include:
an old man carrying rice or sitting with 2 foxes
a beautiful young woman
a bodhisattva (person seeking Buddhahood) of undetermined gender

White messenger foxes that carry a ball , scroll, sheave of rice, sickle or whip in their mouths.

Brother
Outoshi (Kami in charge of the year) 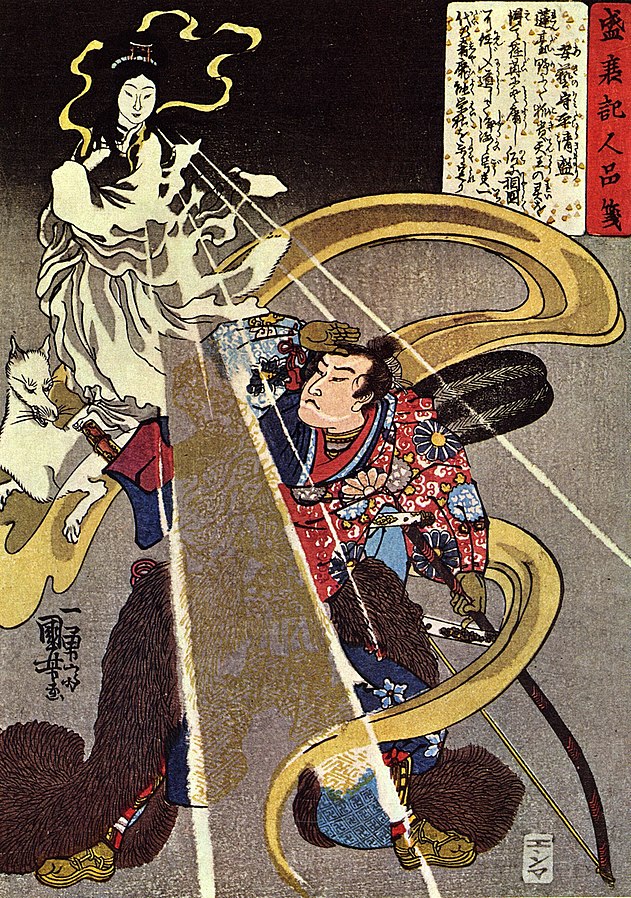 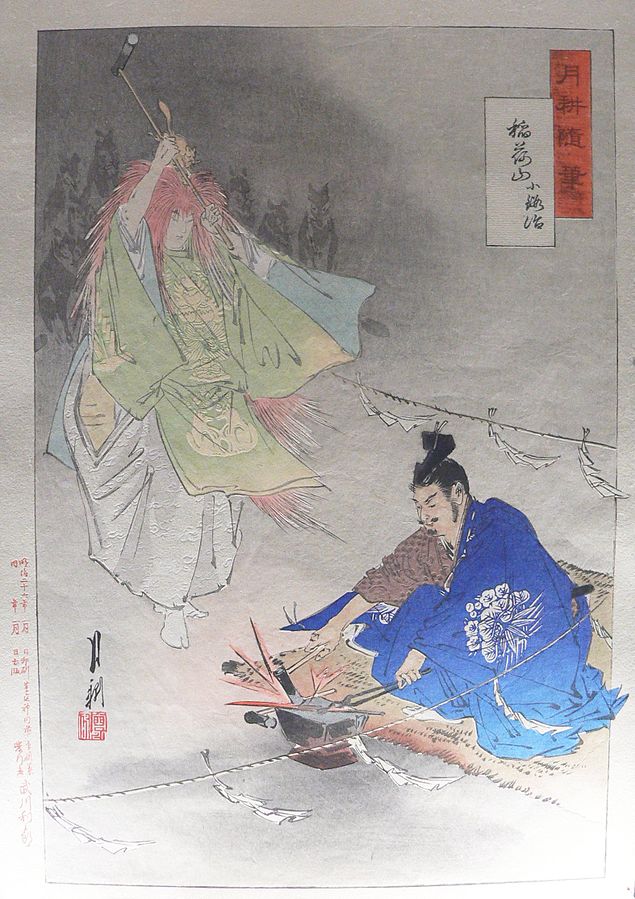 by Ogata Gekkō (now Public Domain)
1. Fictional quote to go with the legends of Inari's appearance in the spring planting and fall harvest.