Wavecrest, a quaint town of halflings, serves as home for a great thinker, one of ingenuity and greatness far beyond his halfling size. While his invention was instrumental in bringing two worlds together, he prefers to be known as a poet instead of an inventor, as he waxes poetic with folkloric imagery when the promise of science and invention doesn't drag him away from his writing nook.   Tiberius Nimbleroot is known to the townsfolk as an unconventional inventor and a poet, although they will always be sure to name him as a poet before mentioning a title that he stumbled upon. His invention was odd and his methods even more so, but his unconventional nature averted a crisis that may very well have wiped the small village of Wavecrest off the coast.   The town of Wavecrest rests on the southern coast of Vóreios and the waters that flow nearby are the shared territory of the waterfolk and those that live in Wavecrest. The quiet life of Tiberius was soon to be interrupted by a conflict between these two groups. A small device named the Umbral Glass would avert a crisis and skyrocket Tiberius to a level of fame that his poetry would never reach.   A minor enchantment meant to keep children from spilling their cups would be the basis of Tiberius' grand design. With the enchantment in mind, some ingenuity, and a little halfling luck, the Umbral Glass was created to as a bridge between two worlds. In essence, the Umbral Glass was a cup shaped elevator that utilized a child's enchantment to allow surface dwellers to descend to the depths of the ocean and rest on its floor.   A new world of exploration awaited the halflings that were brave enough to use the Umbral Glass. Tiberius often demonstrated its safety and spent hours on the ocean floor, viewing the oddities that lived there. His folkloric poetry that was once full of vivid imagery of sunsets, salty winds, and gentle seas, was replaced by depictions of the sights of the ocean floor. 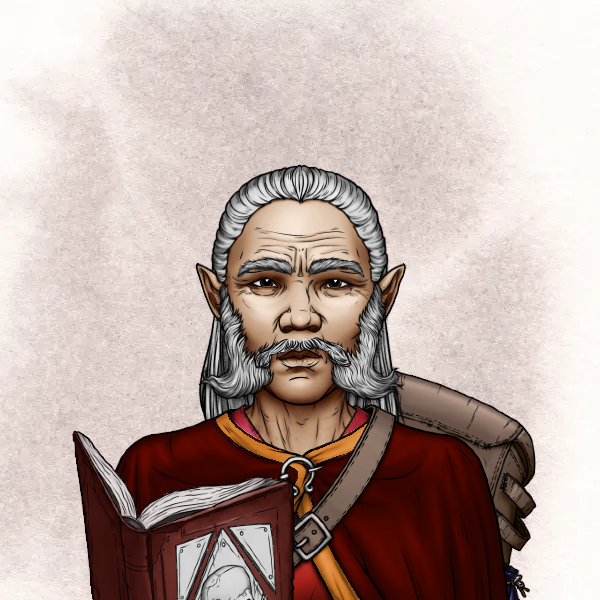 Answering: "Write about a great thinker in your world and the impact they had on society."
Visit RiverFang's Competition Page Check all other answers to this prompt Competition Homepage