Isekai    Countries & Kingdoms    Elven Kingdom    Northern Outposts      Northern Outposts
The Northern Outposts are much like their brothers in the south of the Elven Forest. These outposts are ruled under their own sovereignty, as The Outlands in the south are. Whereas those in the south are rangers, those in the north became paladins of a snow-covered world. The outposts are led by the Knights of Yggdrasil, with each outpost having its own small groups of paladins. Even so, all of the paladins answer to the head of the order, Elduin Ylyndar.   The outposts in the far north of the Elven Forest have been home to the paladin order for centuries, the leadership of the order passed down through the Ylyndar clan. They live less like the high elves that live elsewhere in the kingdom, choosing to live more like the Outlanders, surviving on hunting and gathering when possible. These elves also live on the edge of two societies, living on the edge of harsh wintered land and the bounty of the Elven Forest.   The leaders of the outposts meet regularly with the Ylyndars in the citadel city, Yllvalion. The weather doesn't permit these meetings in person often, so the magic of the resident enchantress is utilized during times of great storms. While the paladins lead their individual outposts, they all must answer to the head of the order.   The people of the Northern Outposts attempt to hunters and gatherers, but more often than not they are traders, merchants, and artisans. Those males and all females that do not become paladins give their lives to creating and sustaining their culture in such a harsh environment. All manners of people and professions are seen in these places, but paladins are the most prevalent.   The Northern Outposts and their peoples serve as protectors of the northern border of the Elven Forest. Giants and others have caused great problems over the centuries, but none that the paladins could not handle. While a great friend and ally to their mother country of elves, the harshness of the environment and difficulty of travel dictate that the Northern Outposts are a country of their own, although they serve their purpose for all.

The Northern Outposts serve as a line of defense between the Elven Forest and those that wish to cause harm to its inhabitants. In times of danger, they serve as a military force against intruders, but in times of peace, those that live in the Northern Outposts serve as guides, religious people, and in other professions to aid those in their cities and those throughout the Elven Forest.

The Northern Outposts have assets that are mostly castles and large fortifications around their cities. The paladins of the Order serve as troops and have their own equipment, but the outposts have little way in assets that are not tied directly to the Order.   The castles and fortifications are the largest area where those in the outposts invest their money as the edge of the Neither Tundra requires protection on a scale not seen elsewhere in the Elven Forest.

5,000 years before the Eldritch War began the Elves had constructed a grand stronghold in the north, where the trees grew thin and the air carried a deadly frost from the north. Here the Elven Kingdom drew the line that Giants could not cross, forbidding them to enter the forest of good folk and confining them to rule over the Neither Tundra as the Humans and Goliaths had also decided. Here the Paladin order, the Knights of Yggdrasil, were commissioned by the Elven King Cyllin to act as guardians of the northern border so that no danger might cross over into the gentler forest. Exactly a year after the order a grand fortress had been built near the mountains, east of the Spine of Kallex and the groundwork for outposts all across the northern reaches of the forest as they began to push the Giants back into the north. Too long had the world suffered at the hands of the Storm Giants and their lesser brethren, despite the grand kingdom they controlled they were a culture that instigated war so that they might expand.   With the support of the Metallic Dragons from the mountains the Elves made a show of force that deterred outright invasion while they continued to establish their presence in the area. Soon after a town sprang up around the castle and Elves from the area sought out the high stone walls, partly out of fear of their abrasive neighbors to the north and partly because of the artifact that the Metallic Dragons gave to the Elves. In order to ensure their fortress would stand for many years to come a Silver Dragon by the name of Kiklin gave the order of paladins a large and ancient crystal, fished from the depths of the ocean a relic of some forgotten civilization. He charged the Elves with the safekeeping of the treasure and placed it within their courtyards on a pedestal. While the sun shone the gem was rather unremarkable save for how incredibly clear and large it was, as tall as a Goliath and too wide to fit through any door in the keep. When the days began to grow short and light would seldom touch the northern slopes was when the secret of the gem was revealed, it shone with the brightness of the stars overhead. The less the sun shone the brighter the gem would shine with a piercing, white light that cut through both fog and storm. The fortress soon became a source of hope for the surrounding inhabitants, even the Drow would come up from the depths of the mountains to examine it from time to time.   Yllvalion stood without great incident for a thousand years, perfecting their training and patrolling the northern border. Orcs and Barbarians were repelled into the Tundra and smaller variations of giant were pushed back with ease. They stood ready to support the Drow under the mountains and to hold their own above ground. However, their quiet existence was to be tested. In the year 4,000 I.M. the Giants moved to expand southward once again, setting fire to the forest and coming up over the mountain but they would not come directly over the mountains for it was too near the Metallic Council. They feared the power of the ancient dragons. The Elves however, they tested in open combat all along the northern border they raided the outposts to see how much fight the elves had, and they were not disappointed. The Elven warriors were Paladins under the Oath of Ancients, Fey Knights that stood ageless in their training wielded powerful magic and strong weapons that allowed them to drive the Giants back and forth for several years in a conflict known as the Giant Wars. Unfortunately, the Elven border was not the only one tested, the Goliaths and Humans rallied on their own borders to carry out the same fight across thousands of miles of the Neither Tundra.   Hundreds of years passed, the fighting would only be intense for a year or so at a time and great battles would ensue. The borders were secured, never falling past the line of the Northern outpost but any attempt to push the line forward was always crushed immediately. In the year 3,500 I.M. a prince of the Cloud Giants, Krojak, led a campaign of intent against the northern border. A long and harsh war ensued that lasted all winter in which all races involved lost many lives and led to the construction of a burial ground far to the east of where the fortress lies. This long and bloody campaign was ended in a final battle where Krojak himself pushed towards the fortress and met his end on the battlefield when he faced the master of the keep. Armed with a deadly blade, enchanted by the Elven King, he destroyed the Giant's claymore in one strike with an empowered smite. What could have been a monstrous defeat was turned into a felling of the enemy commander while his army fled from the presence of the Fey Knight who resided as master of the fortress.   The broken bits of this blade still reside at a small settlement today, the area is called Krojak's End.

The territory of the Northern Outposts is expansive. It stretches along the northern boundary between the Neither Tundra and the Elven Forest. Their territory is considered to be only the first one hundred miles from the boundary into the forest.

Due to the Northern Outposts proximity, those that live there often have great relations with the Elven Kingdom and the Council of Metallic Dragons. The outposts serve the Elven Kingdom as a line of defense and the kingdom often sends large amounts of goods to the north where they may be hard to come by. The Council of Metallic Dragons is not far from the Northern Outposts, only being across a small section of the Spine of Kallex from the main outpost city of Yllvalion. 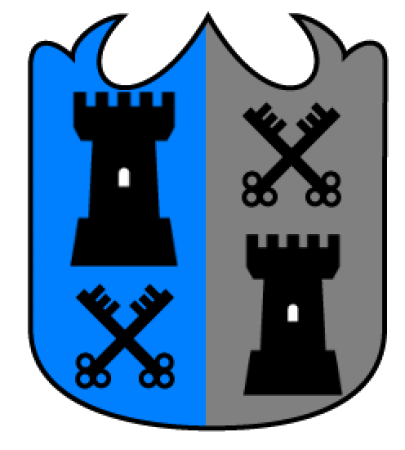 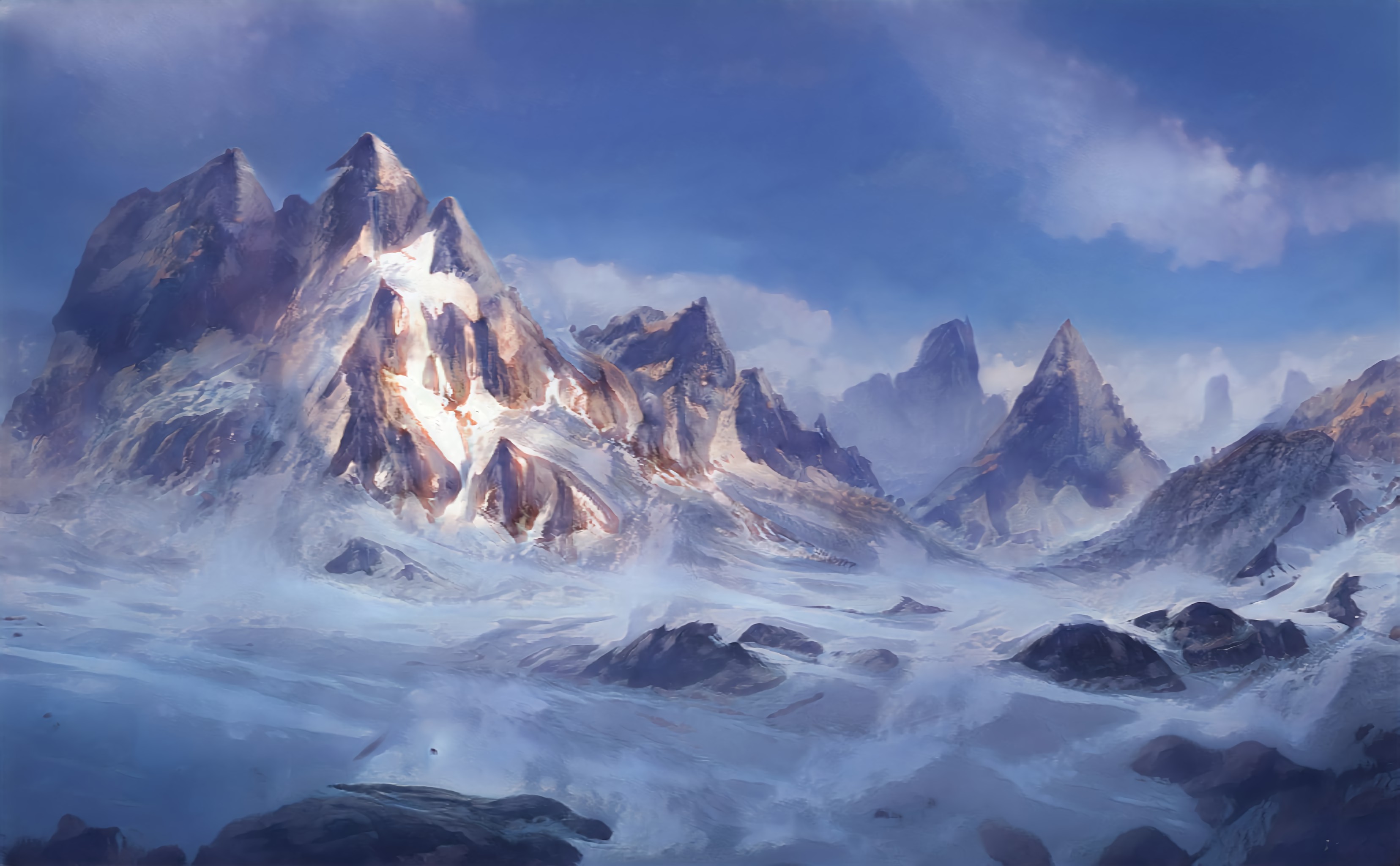