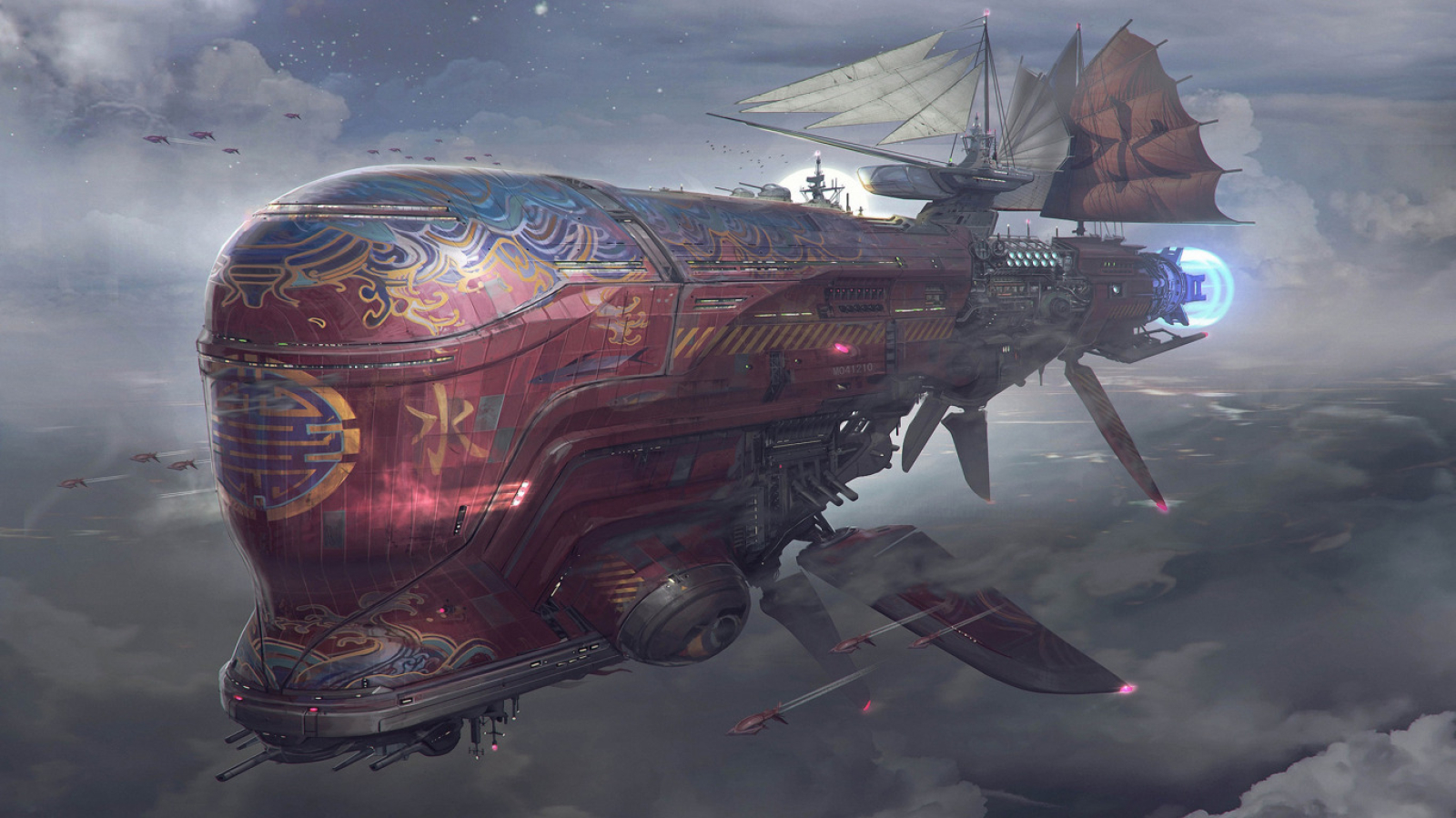 On Locks and Keys: An introduction to Flight of the Delirium

Flight of the Delirium is a steampunk adventure setting for a home brewed Rpg system of my own design. Players take on the role of explorers who travel the world on airships in search of wealth and fame. They delve into ruins, meet distant cultures, fight frightening creatures, and, as time goes on, explore the multiverse for riches beyond measure.

The title of the game refers to a historical sequence of events surrounding a commandeered airship. When a small band of rebellious citizens learned the truth of the fictitious disease, they earned the enmity of a powerful man. Forced to flee, they stole The Endurance and renamed The Delirium. The Delerium remains the largest and most resilient airship ever built, commissioned by the aforementioned Viscount. The ship was built by The Locksmith, a mysterious figure who pioneered the use of Quantum Keys. Their journey would build the world players will enjoy.


Steampunk, pulp, and high flying adventure are ever present in Flight of the Delerium. Strange technology, ancient ruins, and a world with a plethora of regions left unexplored swat players as they make their way in the world. 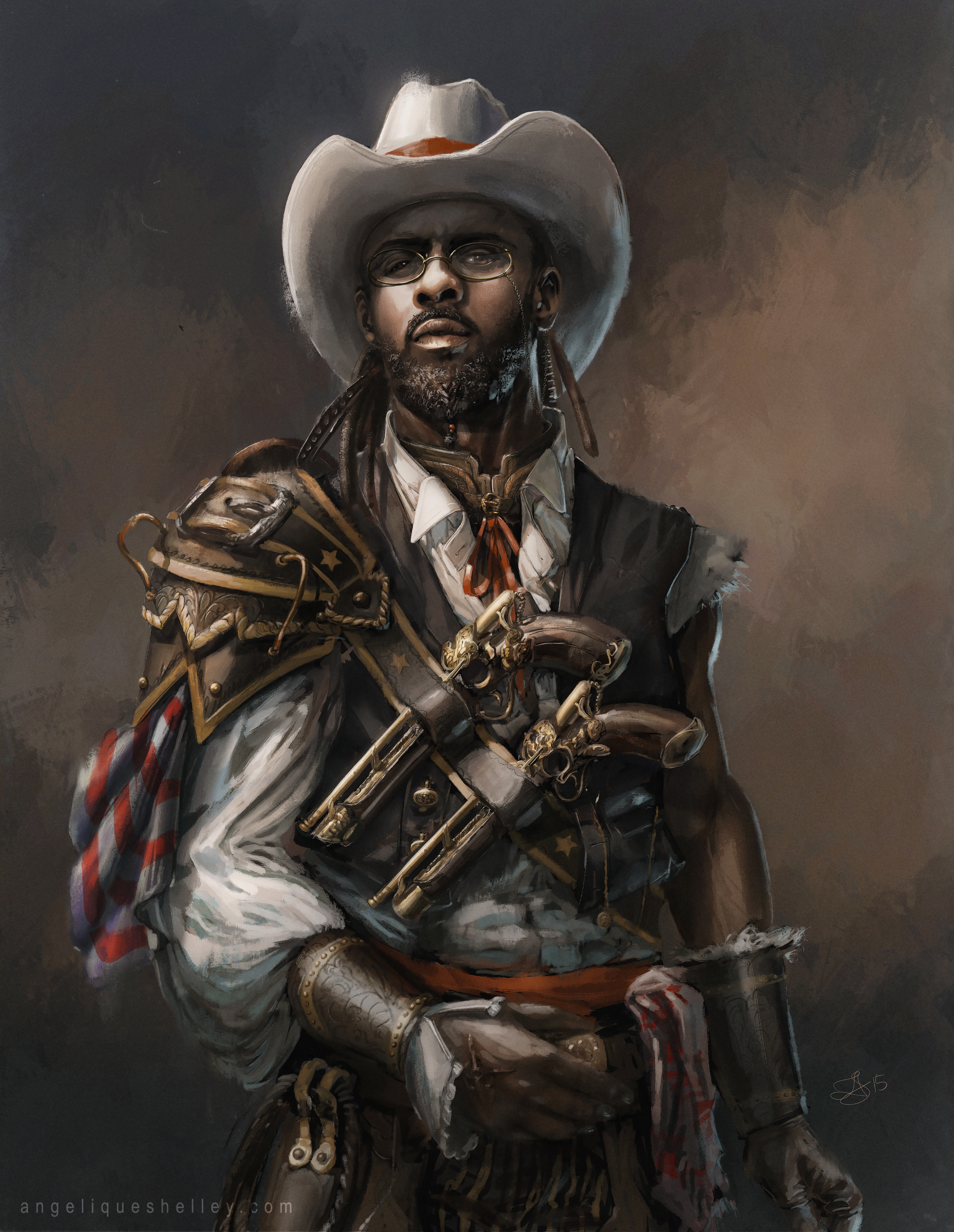 The world is an alternate history. After a market crash that breaks the worlds economy, the divide between the rich and poor grows more and more. The oil and gas industry that would have flourished falls apart before it can really begin.
Investors favoring steam and electricity alter history in such a way that new scientific advancements emerge and 100 years later, the world that the players will enjoy emerges.

The rich and powerful have created rumors surrounding those who are less fortunate. Those who are poor have contracted the disease of poverty. This will effect all characters, who will have very different interactions depending on side of the poverty line they fall. The lower class will treat them with animosity while the upper class will refuse to touch you, or even breath the same air, donning masks to purify it.

There is no magic in Flight of the Delerium. There are, however, quantum keys, literal keys that one can use to achieve many strange effects. They are the evidence of a bygone race that commanded the universe and shaped it as they saw fit.   The keys are treasures desired by all, but are innert without attunement or the aid of a keymaker. Keymakers are those who can activate keys and create then from materials gathered from The Great Race's ruins. They also create locks, devices that can control the keys more effectively and increase their strength. When the locksmith built the Delerium, the mysterious figure included locks on the ships engine which could amplify the power of any key within, castings its ability on a massive scale. This feature comes standard on all modern ships, as keymakers follow in the locksmith's footsteps. 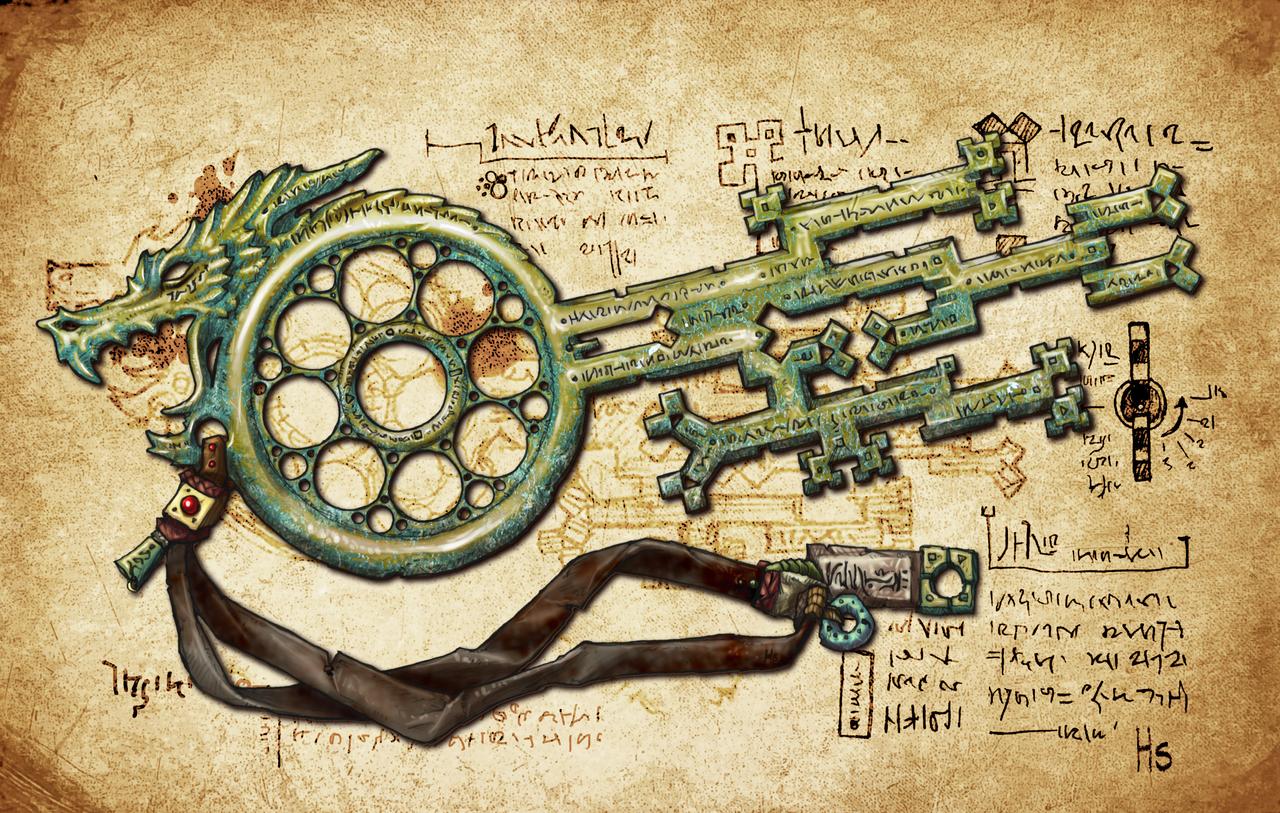 
The Locksmith and The Watchmaker

There are two enigmatic figures who have achieved legendary almost mythical status in the world by the time the players enter it. The Locksmith was an individual who learned of the unique qualities found in Keys excavated from strange ruins. He or she discovered the art of attunement and perfected this art. The Watchmaker played an equally important role. It was this mysterious figure who invented the airship and connected the world in ways few could imagine.   They were close friends until their dying days according to the legends and frequently worked together to build and invent increasingly Moore wondrous marvels.   Artifacts associated with either individual are considered the most valuable finds one could hope for. Anytime some failed invention gets discovered explorers from all over the world Journey to the location I'm practically tear the Earth apart in search of more. Exploration is at its peak at the time the players into the world. Much of the world is left undiscovered and recent events lead many to believe that these two strange figures a journey much further than anyone previously thought. 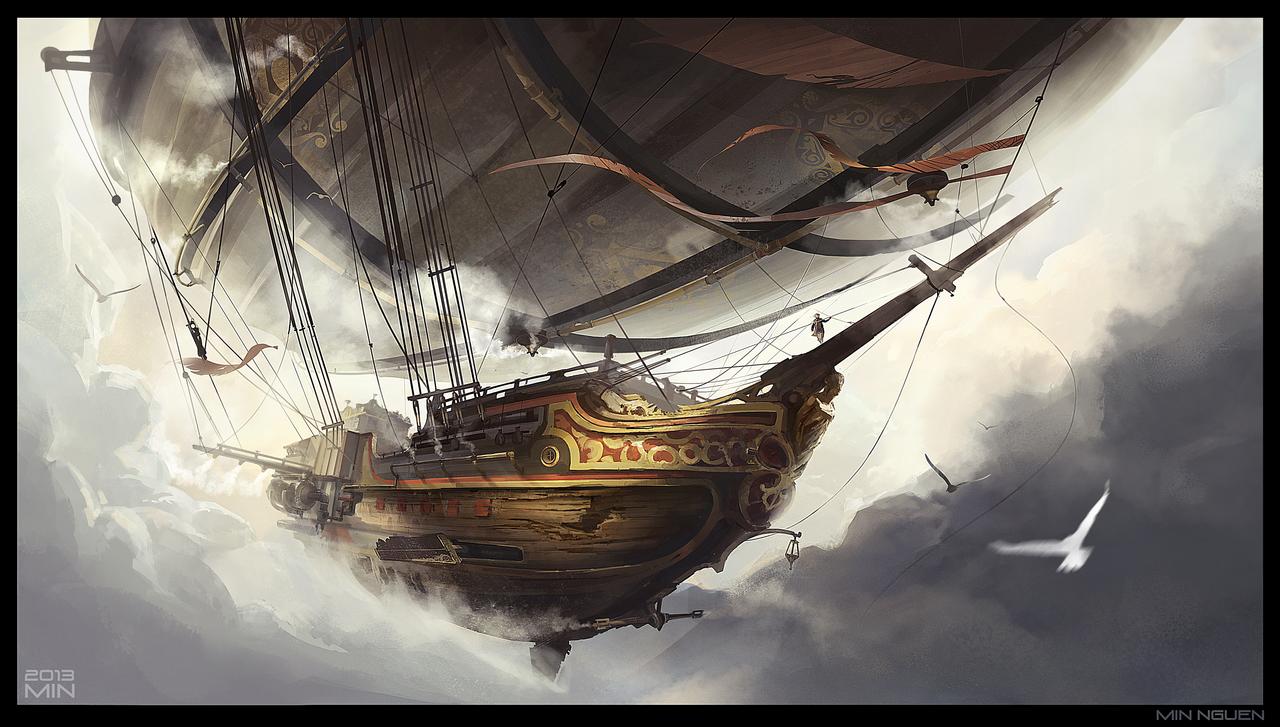 Flight of the delirium is a setting the takes advantage of science, taking creative liberties wherever it may. As such, many players have the option to venture into alternate realities and other planes of existence in search of the next great discovery. These other worlds will be as similar or as different as the players and the GM dictate.

While the world is quite similar to our own Victorian era, their are many elements that are different as history took a different path. This allows the creation of stories that experiment with historical events, changing various elements and seeing what outcomes might come of it. Players will routinely travel along the path of alternate realities as they explore the multiverse.

To Fit In Or Stand Apart


Characters will often find themselves in the middle of the ever-present societal issues that appear in the world. The differences between the rich and the poor as well as the powerful and the weak can result in tense situations. Violence can occur quite quickly should players stand their ground, even if they're only fighting for what they believe is right. Moral quandaries will present themselves and the players will need to discuss among themselves which paths to take.
Do they maneuver through the world freely, doing what they can to ensure they do not gather any attention, where do they stand on opposite of the world and its people, living on the edge of the law, or completely opposed to it, for whatever reason they have.


What if you aren't a player?

You might be reading this and not have any interest in tabletop role-playing games. This is not an issue, for this game is as much about the world as it is the actions of its players. There are many stories to enjoy as you peruse the articles within. While many articles will have elements of RPGs within them, the content being told that builds the world is always the first priority.

The State of The World

With the knowledge presented in this introduction, the only question now is: where to begin? Much of the world is as it was during the Victorian Era. The same historical figures exist. A major difference is the relationship between the aristocratic rich and the unfortunate poor. Players can take on the role of either side adding a social element to the game that can bolster or impede their progress. Different archetypes are available to the players depending on which side of this line they walk.   Whether you be a player or a casual reader, the following blocks will detail what I believe to be excellent starting points to those who wish to explore the world I have built.   Thank you very much for taking the time to visit my little world and I hope you enjoy it!
The World

This has to be my favorite page on your world yet.   The header is stunning (shoot, I wish I could paint)...but that KEY,....that is so freaking hot. LOVE IT!

Why hello! Thanks for liking and following! This be my summer camp world. Can't wait to come back to it too. Also, yes. That key was absolutely perfect. I'm sooooo happy I found it. Artwork has been very hard to find for this world, which I find surprising. I mean... steampunk. I'm glad you enjoyed it and again, thanks so much.

Ooh. Another interesting world. Not really my preference, so I probably won't follow. But the CSS looks cool and it does sound like an interesting idea!

Ohhhh yesss. This one is another experiment lol No worries. It's not for everyone. I've been neglecting these older worlds in favor of The Web and The Void Between. It happens to be where my minds at, so it felt right. Occasionally i dust iff the old ones though. Thanks so much!