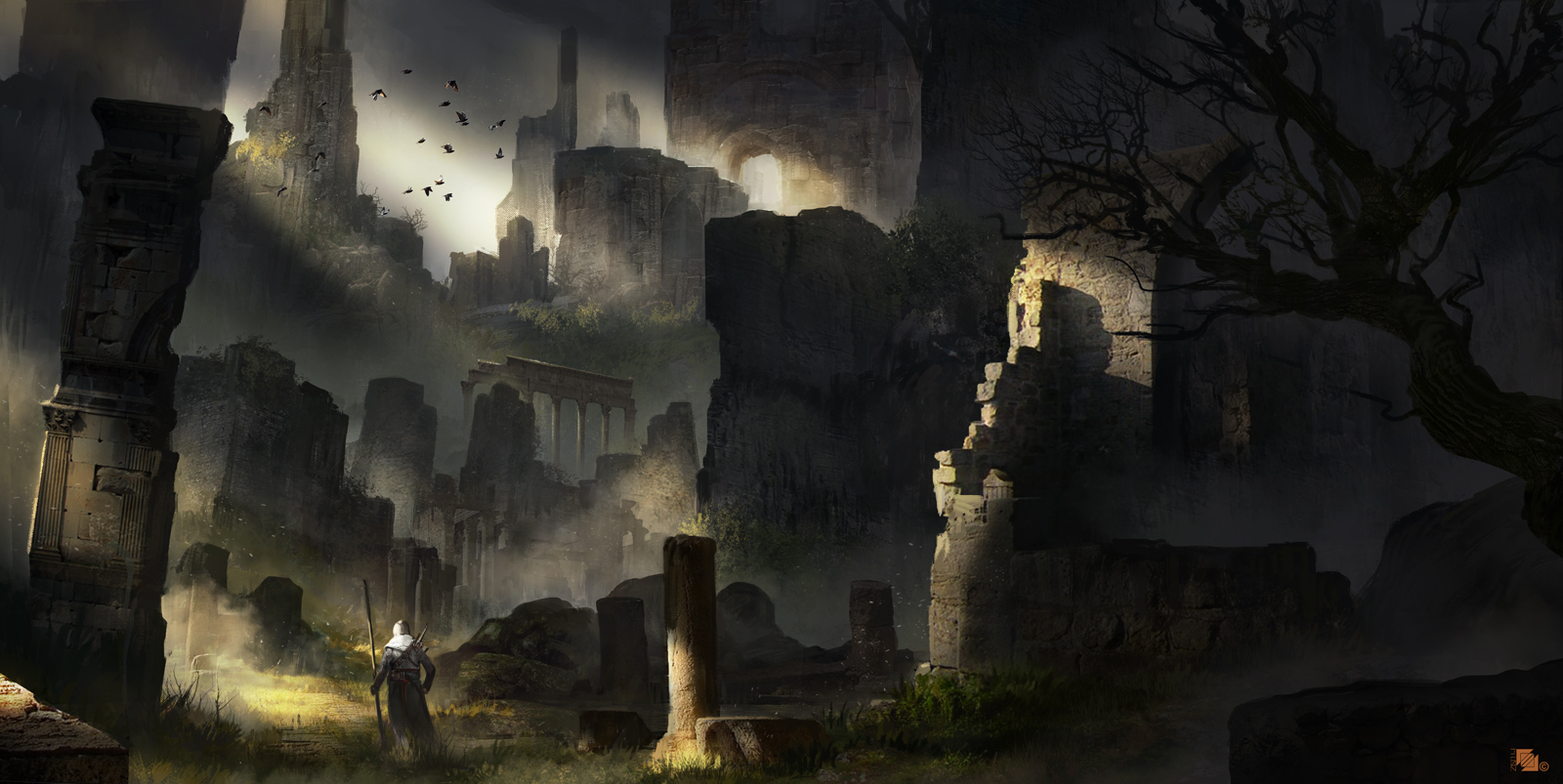 The Waiversea hills are a region that borders Mhirriah and Estoya. They are known for their beautiful landscape and the ruins that are littered throughout. This region was at one point the homeland of Gnomes but these gentle and not so bright creatures were forced north by the dangers of those ruins. The region is largely left unexplored. The hills offer little int he way of resources and the ruined gnome hovels and the ruins of Waiversea themselves are quote dangerous.

When the two nations were at war, even the warriors of Mhirriah refused to cross the region, believing it to be cursed. The Estoyan army refused due to the rough terrain. Regardless Waiversea is stable and it's only a matter of time before someone unlocks its secrets.

The main issue with exploring the region is its high amount of predatory creatures including megafauna that migrated from The Provinces of Mhirriah. These creatures drove the Lexip away and claimed it as theirs. Those who venture into Waiversea seldom return and those who do are changed forever by the horrific experiences they have survived there.The region consists of rolling hills with patches of woodland and plains until one reaches the southernmost area. As one ventures through the hills and the ruins they will see the gnome hovels and small gardens, overgrown due to neglect. One adventurer actually used this to his advantage, as it was the only food he could find in the region, giving insight into why the many creatures invaded gnomish homes.
Type
Rolling Hills
Location under
An Introduction To Estoya
Owner/Ruler
Tammer Roux, King of Estoya
Owning Organization
The Estoyan Government

Initially it was thought that the ruins were from a failed attempt to expand by the empire of Ozlith. Buildings of Ozolithian Mold can be seen but it has been found out that these structures are remarkably recent compared to the ruins themselves. Some of the ruins are elven, another human, and a massive city can be found just before entering Mhirriah in the east that fits the profile of no known culture.

This city is where the first runes were discovered by the gnomes which set off a major series of discoveries in magic. The city itself features massive spires and buildings of granite, leading many to believe it was built by the Giants, who were said to live in Estoya. Regardless of origin this city is a mystery to many but still remains unexplored. Other known ruins are the stone circles which litter the hills.   Art from first to last   FlorentLlamas Oscar Gregeborn Josh Elton