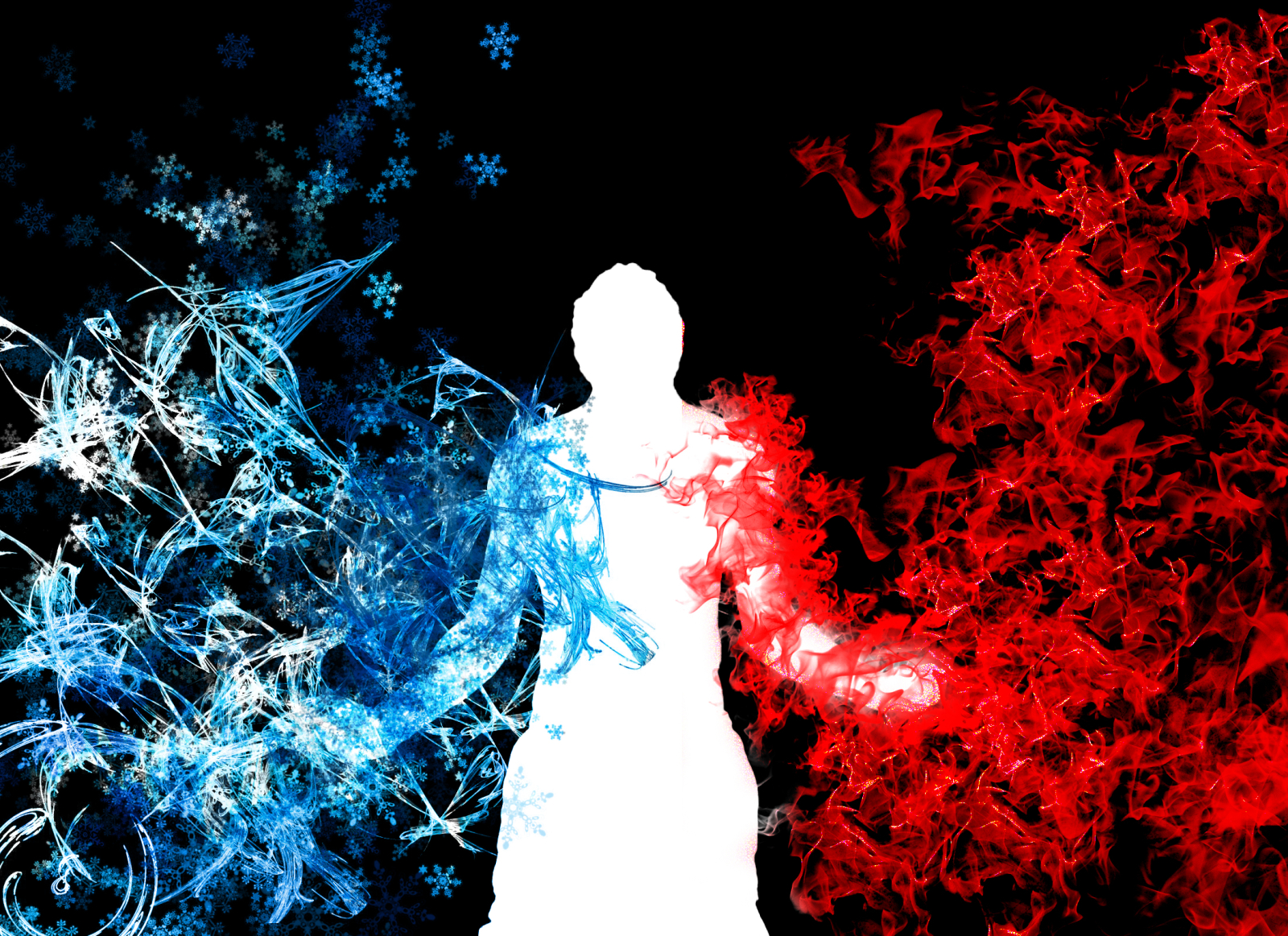 Those who reach great understanding in Arcana primum will learn a unique and powerful skill. The principles of Thermonics focus on how to manipulate, increase, or remove the thermal energy present in one's environment. The branch teaches how to alter elements already at the Arcanist's disposal, and discusses fundamental rules that must be adhered to in order to avoid unfavorable consequences. The power of ice and molten rock can be incredibly lethal, but it has also been used in medicine. Purification of water by evaporation and condensation is one such example. There are many diseases that to take their victims life through the symptoms they give. Fever is a common killer... or at least it was. 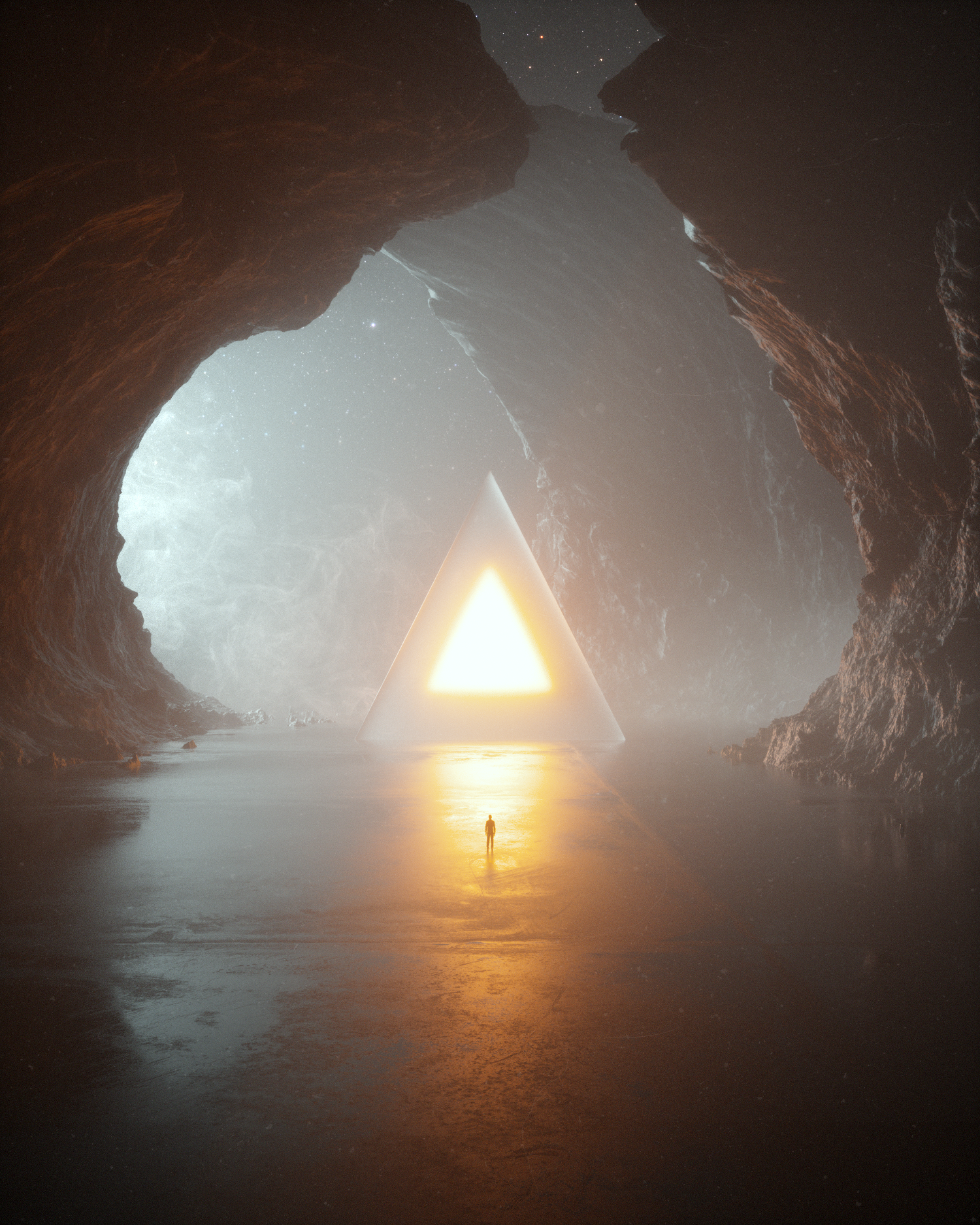 There is one path that focuses on adding thermal energy to one's environment. The path of molten rock teaches how to isolate thermal energy and caused the temperatures to rise to extremes. The earth will melt and liquefy. Even the most frigid environments will thaw. Buildings can be vaporized as well as the people within and a body of water can be reduced to an arid desert, which then can be turned into a field of glass.

Their is another path of Thermonics that focuses on removing the thermal energy from one's surroundings causing the temperature to drop. It teaches that the very concept of cold is a product of the mind. To elementalists who reach this height in power, cold does not exist, and it's merely the lack of heat (thermal energy) in one's environment. They can make water freeze and can cause metal to chip and shatter. 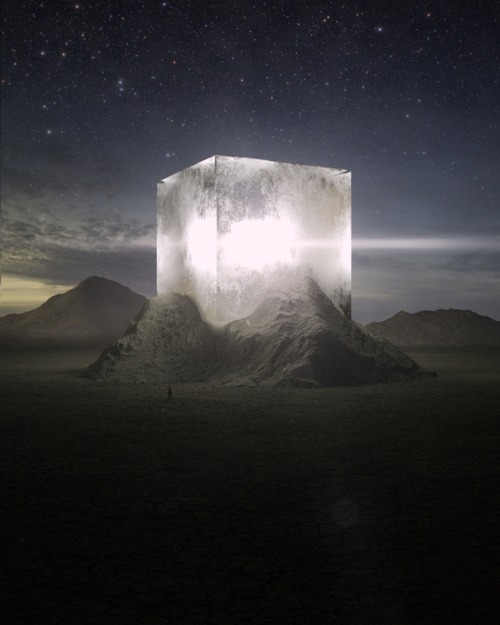 A common ideal that has spread over time among those who favor thermonics is the branch's unusual focus on balance and dualism. Unlike elementalism proper, Thermonics first established the idea that opposite does not mean opponent. Both ends of the spectrum are sides of a coin and are a must for life to exist. This leads many to follow both paths of Thermonics.

The belief is so prevalent that it often drives emotions in those who practice it. Arcanists will respond with anger when met with cold indifference and vice versa during conversation and debate, regardless of the arcanist's personal beliefs on the matter. Bards have even adopted a common tale used to train students about the importance of this duality.

The Volcano and The Glacier

The tale depicts two titans, rulers of their domains. They somehow come in contact with each other and during a long exchange of messages across the vast distance of reality, the fall in love. The two decide to meet, and when they do they move to embrace each other.
The moment was sweet, but painful for both titans. They were of opposing elements and their love would cause great joy and great pain. A time came where the two threw caution to the wind. They met on the earth of the physical plane and endured the pain as they kissed. By the time the sun would rise, all that was left was a massive lake and a mountain of obsidian at its center.

The first principles of Thermonics explored by a group of enchanters who wished to learn how to speed up the process of producing weapons and armor. They failed in this regard, lacking the care and proper patience of a blacksmith. The goods that they produced could be easily enchanted but ended up being brittle.

The experiments failed, but they came across some interesting discoveries. They determined that temperature was merely an exchange of energy between substances and wondered if Arcane energy could be used to achieve the same goal. They were correct in their findings.

Elementalists would take this a step further. Turning water into ice and stone to magma was impressive, but one had to ensure a steady supply of resources. Arcanists who went to war man massive cauldrons filled with water, or wagons filled with rocks. They were cumbersome and often became more of a liability. An arcanist would paint a target on their backs when they entered a battlefield. Moreover, this rendered the practitioners of the arcane to artillery units, which the elementalists believed to be a needless limit to their versatility.

By applying the principles of elementalism to Thermonics, they were stunned to find that water was everywhere. Water exists in the body of your enemy, in the blood-stained grass beneath your feet, and in the very air of your enemies last breath. They use the elements to negate the need for cauldrons and wagons. The world was there quarry. The world was their cauldron, and in this discovery elementalists revolutionized warfare when it came to the use of arcane power.

This was approximately 400 years before Expedition Demeter departed. During this time Thermonics was considered its own Arcane Genre. As time went on and the discoveries of Thermal Swing and elemental compression were explored and studied, mages across the world began to teach Thermonics alongside other principles of elementalism. This inevitably led to a merger, solidifying Thermonics in the genre of Arcana Primum.

Thermonics is one of the least used and least studied branches of elementalism. Most of the time elementalists specialize in one of the many sub genres of elementalism, and never look back. Thermonics is often considered the hardest Branch to learn due to its emphasis on precision and knowledge of natural law. While most mages prefer this, many believe Thermonics to be useless in more practical applications. The effort is not worth the reward. As powerful as the branch can make you, it is unlikely you will use it's more unique principles often. 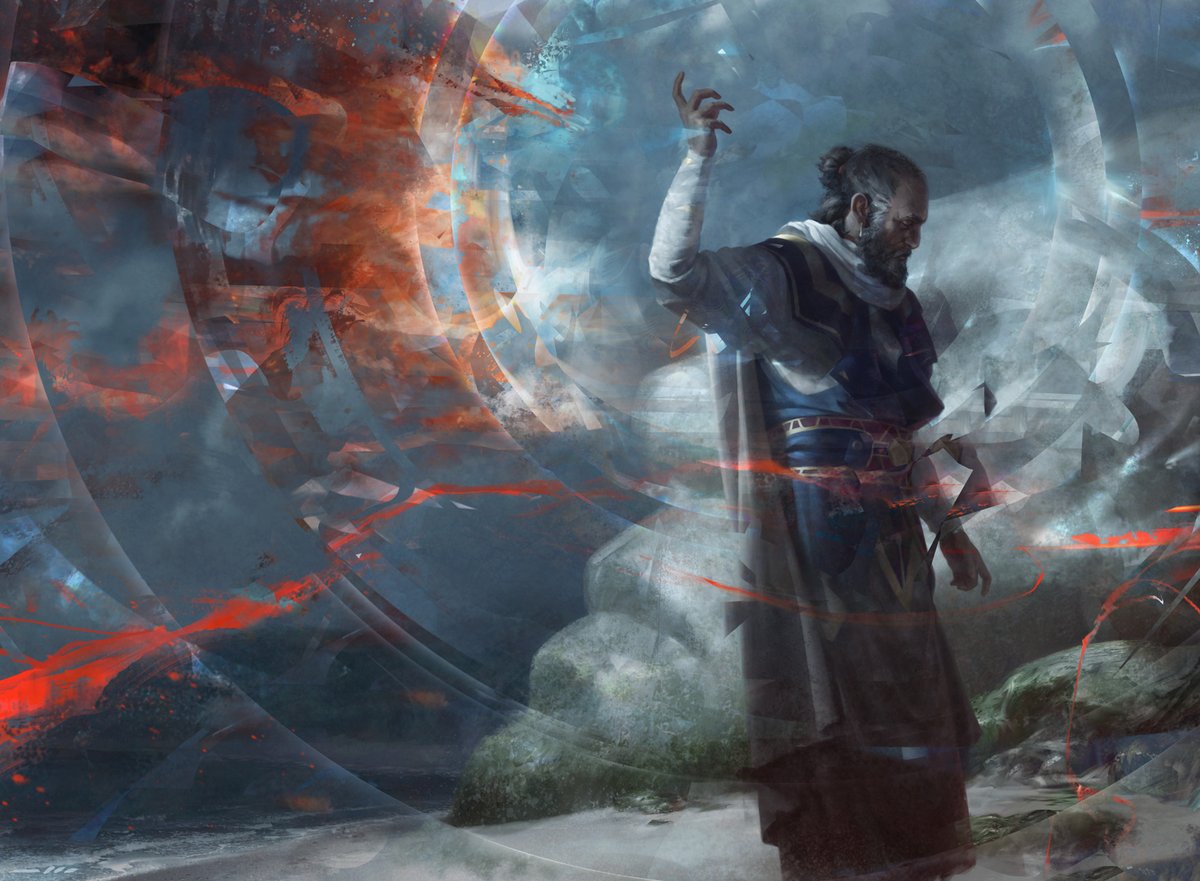 The following is a listing of the fundamental teachings of Thermonics. This list is the most up-to-date when it comes to the study of the field.

Elemental compression is complicated skill that involves surrounding an elemental resource such as fire or stone with a barrier that balances thermal extremes. By surrounding the resource in barriers of both extreme heat and extreme cold, using the principles of Thermal Swing, they can effectively "compress" the resource and turn it into a different element entirely. By compressing Earth you increase its density, and if you do this enough you reach impossible figures.

This is how the element of gravity and the process of manipulating it was discovered. If you compress flame, you isolate the energy which requires significantly less fuel in the air to sustain itself. This condensed form of energy was referred to as electricity, and mimics the lightning that strikes the earth from the sky. Compressing air and water allowed arcanists to master the fundamental principles of pressure, which they use to create concussive explosions.

There's some in the freeholds who seek to continue experimenting with compression. A small group cloistered away in the northernmost regions are even attempting to compress and divide elements. They work with substances no one can see. They work with that which they are not even sure exists. We in the real world know them as atoms...

A rule for those who learn on The Glacial Path is that of heat death. It is a well-known fact that energy cannot be destroyed or created from nothing. It must come from somewhere and if we remove it must go somewhere. When one removes thermal energy from their environment, they take it into themselves. Their body temperatures rise and the body will die if it gets too close to its limit.

Enchanters have found ways of storing thermal energy in small insulated orbs and rods. These catalysts are expensive but well worth the investment. By storing the energy in an isolated space that can withstand the immense pressure and heat, they prevent heat death entirely. Few arcanists can afford such luxury, and instead rely on their best judgment.

A rule for those who learn The Volcanic Path is understanding hypothermia. One must be careful in their use of Arcane Energy. Should they be unable to call forth the energy needed for their spells, the heat will come from them instead. Many arcanists have bitten off more than they can chew, and failed to consider these facts.

While the spell was cast, the arcanist perished as all the heat rushed from their bodies, nearing temperatures close to absolute zero. The colder the body got over the slivers of seconds that passed by, the slower time moved. It is likely that the arcanist felt every agonizing moment. It is also likely that each moment felt like an eternity.

Thermal swing is the most important principle of Thermonics and is the sole reason it has become an essential part of elementalism. The concept of Thermal Swing is simple enough. An arcanist asked himself a question: why must the energy flow in and out of my body?
Why must I expose my body to extreme cold and extreme heat when every fraction of an inch around me contains the same thermal energy that I use?

As an experiment, arcanists began working with manipulating thermal energy in their environment without adding or taking away thermal energy. The resulting effect is called Thermal Swing, and is considered the most powerful ability those who practice Thermonics posess. .

The experiment began by taking all the Heat and a 20 foot long, 20 foot wide area and condensing it to a 5x5 foot area. The results were less than satisfactory. While it did significantly cool the ground temperature as well as anything connected to the ground in the area of effect, leaving a smoldering fire in the center of the area affected, the elementalists believed it was anti-climatic and nothing compared to what they can do with energy of their own.

A young elementalist named Gregori Jule discovered the fault with the experiment. Because the universe is presented in three dimensions, one must also factor in height to gather the heat necessary to produce molten rock and the frigid temperatures that near absolute zero.

Gregori repeated the experiment but instead manipulated all the heat in a 20 foot wide, 20 foot long, and 20 foot high cube of space. Not only was this a success, but it also revealed a curious effect.

The Balance of Extremes

The compression of heat into the central area created a pool of molten rock, nearing the plasma surface of the sun, but the surrounding area maintained a comfortable temperature. As one reached the outermost edge of the area affected, however, the temperatures make a very sudden drop.

This sudden drop in temperature forms a relatively thin edge of frigid space that nears absolute zero in temperature. The edge maintained this temperature up to 20 feet high. Insects were frozen mid flight and fell to the ground. The air was remarkably dry, so much so that the slightest bit of friction and a spark of static would be enough to start a fire.

Gregori himself lost his life due to this unforeseen effect. He was standing in the ring when the thermal energy was condensed by his own hand. It is estimated that the stabilization of the area affected would have taken a month to return to normal. Other elementalists sped up the process to 5 days, unwilling to push themselves too hard and raising and lowering temperatures in hopes that his life could be saved, unaware of the fact that he was already dead.

How Does Thermal Swing Occur?

During the time of Expedition Demeter, Thermal Swing is a principle that is taught to be approached with caution. Other researchers came and went, standards were set in place for any who utilize Thermal Swing, like you must never go over 40 feet in your dimensions and you must be at least 15 feet away from the edge of the area affected.