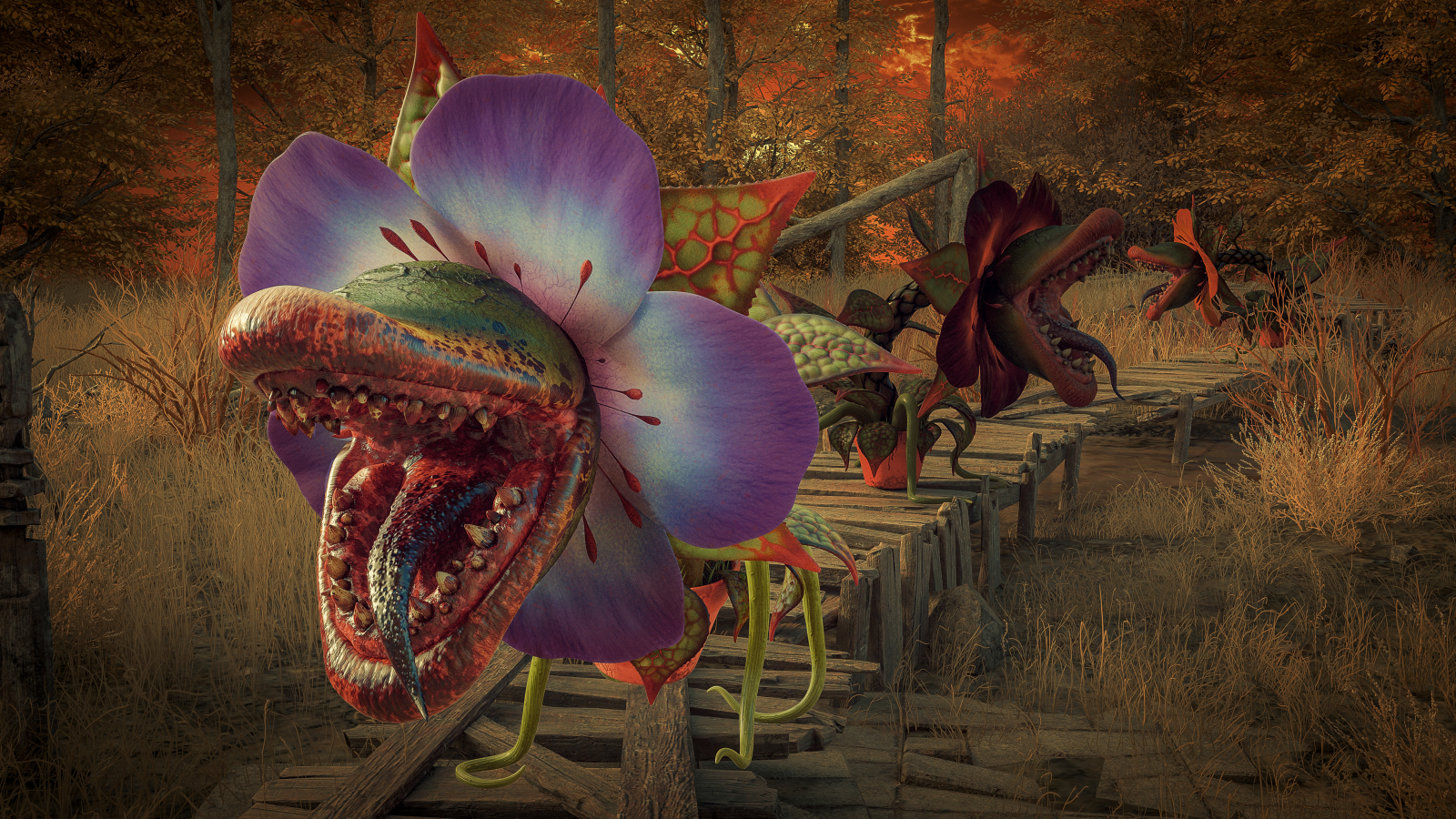 The amblewort is a species of carnivorous plant native to the wetlands of Quadling Country. Prowling the swamps and marshes of that place with roots as strong as legs, ambleworts hunger for blood—specifically the blood of sapient beings, which the amblewort finds deliciously salty and rich in misery. But misery, it turns out, is not the only emotion which can sate an amblewort. No. In fact, the ambleworts’ Quadling neighbors have discovered an emotion which fills the bellies of these creatures far more fully than even misery: lust.

The secret to appeasing the amblewort without a sacrifice of blood, it turns out, is inviting them to bear witness to an orgiastic festival of the flesh.

Yes, these voyeuristic visits get the ambleworts feeling quite randy themselves—which in turn leads to more ambleworts. But the Quadlings like making love more than they like being eaten—they’re snack-sized people, after all—so they figure them’s the breaks.

The “head” of an amblewort is a bulbous green bud surrounded by five colorful petals. This bud is connected to the plant’s bulb by a thick, leafy stem which operates as a neck and torso of sorts. And from the bulb itself emerge four sturdy but flexible roots which the amblewort uses to ambulate.

The most un-plantlike feature of this species is its horrifying mouth. Splitting the bud in two, this gaping maw is lined with rows of sharp teeth on either side. And if that isn’t enough to give you nightmares, consider the prehensile tongue. It emerges to lick the amblewort’s pretty lips when the beast smells something to feast on—and it draws you into its hungry gob just as soon as it’s ready to eat you, you delectable so-and-so.

While ambleworts cannot “see” or “hear” in the traditional sense, given that they have no eyes or ears, their other senses are heightened to the point where they have no idea what they’re missing. They can smell, taste, and feel changes in the air around them to such a great extent that they have become one of the greatest predators in Eden—and Eden’s a place with dinosaurs in it, in case you hadn’t heard! 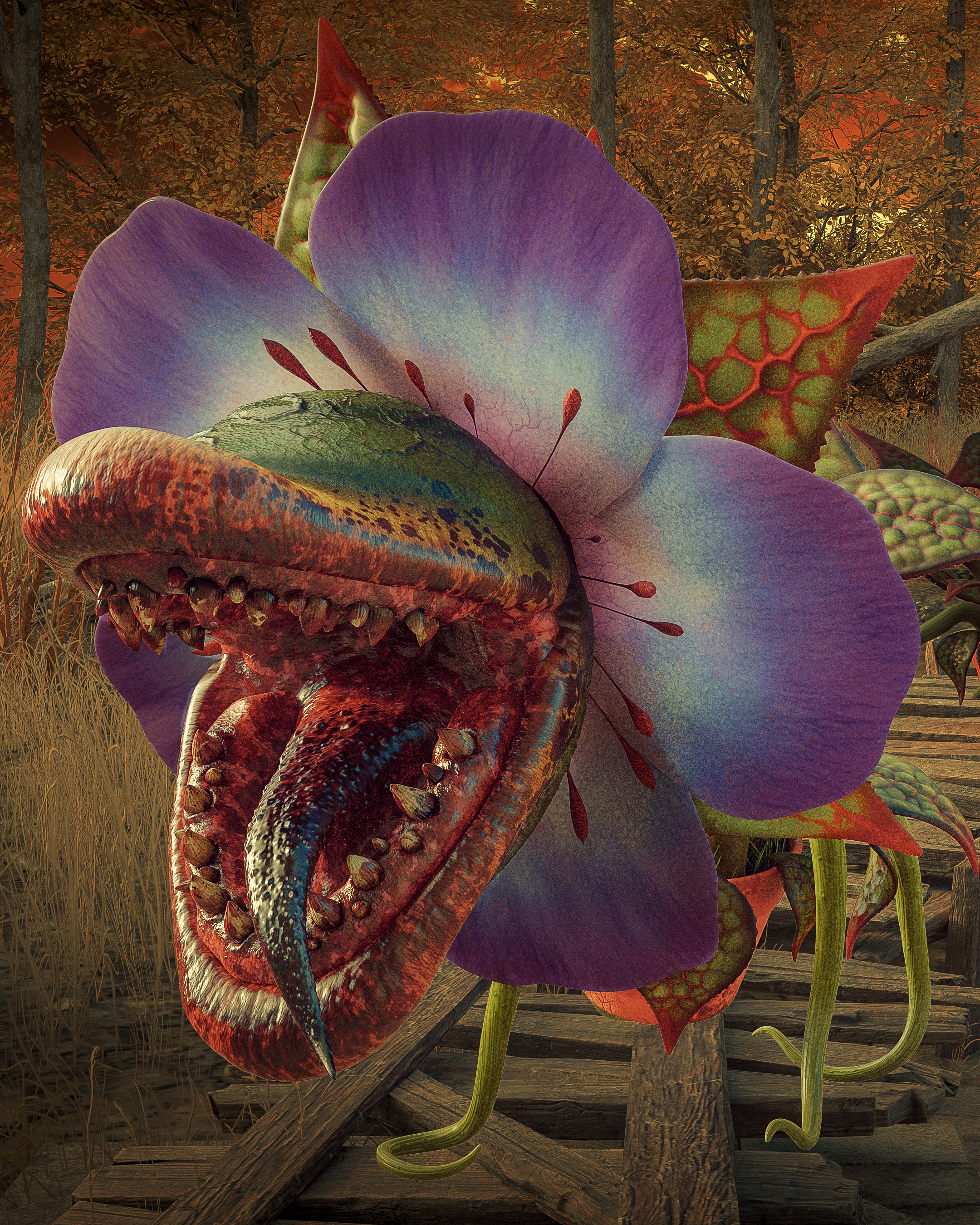 Answering: "a plant or animal that lives in an inhospitable region"
Visit eccbooks's Competition Page Check all other answers to this prompt Competition Homepage
© 1977–2021 E. Christopher Clark. All rights (and lefts) reserved.
Proudly powered by World Anvil.

I think "oh no" is the only appropriate response. :-)