Amzor started as a shyr/ny’kor hybrid called plated amzor, but most nowadays have more sefora genetics. There are still a few lineages of plated amzor in existence today.

This species is well known for its dark skin tones, leathery wings, and body markings that come aglow in the dark Serpentian winters. Every amzor has a dark core orientation, no exceptions. Their wings, dark core, and complexion come from their ny’kor ancestors who mingled with the common shyr nearest the Dark Zone in early recorded history. Amzor are cold resistant as a result, but the physiology that makes them well adapted to cold and dark environments is not effective in hot climates. Amzor are prone to heat-related complications such as heat stress or stroke. But unlike the ny’kor, amzor are not especially sensitive to UV light. Some individuals have the mutation for long canine fangs which gives them an added level of intimidation.

Sometimes referred to as scaly amzor or shyrven amzor, plated amzor were the first of their kind to come about from the mingling of ny’kor and common shyr. This was prior to Nagis Keb and prior to the division of shyr factions due to isolation and hyper-adaptation. Plated amzor can be easily distinguished from common amzor in that plated individuals are clad in small, tough scales. These scales are not nearly the size of the large plated scales found on ny’kor but have retained similar durability. This variety also retains the distinctive shyrven anatomical aspects such as the narrower feet and slender bodies unlike their common amzor counterparts. They are generally taller than the common variety as well.

Otherwise known as common amzor due to being more widespread than their plated counterpart, the vast majority have anatomically and genetically become closer to that of sefora following generations of exposure to sefora species. As a result, most amzor are scaleless and pack a little less of a dark energy punch. Common amzor look more like a sefora and even have the color shift at the ankle unlike the shyrven amzor. Their wings are also comparatively smaller.

All amzor possess dark cores due to the ny'kor heritage. Ny'kor have been incapable of successfully reproducing with common shyr whose cores are of light orientation. Pups born from the aforementioned combo have always perished from a fatal birth defect of the core. Unlike other races and organisms, Serpentian cores are an important part of the reproductive process and have caused great barriers in certain shyr and sefora species' ability to interbreed. Some 72% of amzor possess a dark sub-type meaning they produce pure dark energy. 23% produce dark plasma energy which is similar in appearance. The remaining 5% of individuals produce any one of the other existing sub-types that can be produced by a dark core. These proportions are because of the energy type passed down from the ny'kor.

Amzor are an iconic and historically important people of Serpentis. The emergence of this hybrid came when ny’kor, especially “rogues,” mingled with the shyr present near the Dark Zone — those whom would become the tundra dwellers following Nagis Keb. Their offspring were known as plated, scaly, or shyrven amzor whom looked greatly like their ny’kor parents. And being of shyrven blood, these amzor possessed shyrven anatomy such as chakras, narrower feet, and slender bodies.   Following the Nagis Keb cataclysm, virtually all Serpentians went into hiding and disappeared for centuries. Pateru, kartuu, and their hybrids were easier to come by than shyr species who were thought to have gone extinct. Because of this, amzor mingled more with pateru who were more abundant leading, to the modern “common amzor” who are scaleless and share strong anatomical similarities to the sefora race.

Amzor have influenced the development of Serpentian society in a number of ways. As one of the first interracial hybrids to come about — shyrtuu and patiir were the first — they and other interracial hybrids were looked upon as symbols of the bond between sefora and shyr. These people were a huge player in the growth of society largely because of their core type and genetic advantages. Amzor are the only dark energy producing people of their planet, aside from the ny’kor who have never been readily available especially following Nagis Keb.   The addition of the ny’kor descendants opened doors to technological advancements particularly in space exploration, beroxi farming, medicine, and the erection of Serpentis’ largest city, Oringul. Having amzor about also helped expose the average person to a dark core type which helped put in perspective the importance of a balance of people of different backgrounds and core types. Their backgrounds and perspectives enriched Serpentis culturally in areas such as food, clothing, traditions, and so on.   Both variants of amzor, especially the plated, have retained the high muscle density of their ny’kor ancestors which allows them to exert themselves in ways that other species could not, with the exception of kartuu. This made them highly valued members of society for a variety of functions, namely construction, load bearing work, and agriculture. Above all, amzor were chosen as obvious candidates for the elite military force that would safeguard countless lives from the monsters of the night: the Demon Guard. After being established as the protectors of the people, amzor gained all the more respect. Unfortunately, not all saw them as vital members of the community.

Following Nagis Keb, a group of seren dubbing themselves as the High Seren spread the toxic notion that they and the ly’kor were the purest forms of light and of divine heritage, and that all dark cores were no better than the demons that cursed the planet. They argued hypocritical concepts that the hybrids created brought about the demon plague and that they alone were the instruments meant to purify the planet and repopulate it with pure beings.   Over the course of generations, they spread a great deal of systemic hate and fear toward dark core types throughout Serpentian society, particularly amongst seren and pateru. Even after attempts made by Thess leadership to reverse and prevent further influence, the Light Supremacists took hold of the infant spaceport city, Oringul, which gave them the leverage they needed to do the unthinkable. Light Supremacists were responsible for the murder of hundreds of thousands of people, and amzor populations in particular suffered enormously at their hands and continued to feel immense pressure well after the Light Supremacists were overthrown and fled to Soros. Following the near extinction of the amzor, all Serpentians, including the Light Supremacists, suffered from lives lost to demon and wildlife attacks.   For the eras following the brutal events of the Light Supremacist Takeover — a memory not forgotten among Serpentians — amzor have struggled to return to the comfortable and respected lives they once lived. No thanks to the ideals practiced by the High Seren, many of these dark core people were ostracized, struggled to find work, and dealt with constant harassment and fear for their lives. Those that managed to get work were often treated like pack mules or expendable beasts of burden. During this post Light Supremacist time, many amzor escaped Serpentis and started anew on Beross.   Fortunately, since Serpentian leadership erected successful reeducation and recovery programs as well as worker protections and other regulations, Serpentian society has in the last few eras seen an incredibly positive leap in the right direction.   Today, amzor are no longer struggling to get by or are viewed as monsters. There are still remnants of the Light Supremacist influence, such as some toxic stereotypes, prejudice, and a sort of rivalry between amzor and seren, that linger in some circles. Overall, most of what had been instilled in society has widely been extinguished.

Amzor populations are still very low in comparison to what they once were. And a great number of plated amzor bloodlines — some were surviving lineages that spanned well before Nagis Keb — had been lost. The goods news is that following the introduction of a sort of conservation and population recovery program for amzor some era ago by the Primum Species Association partnered with the Serpentis Environmental Preservation Bureau, their populations have been steadily on the rise.   The recovery effort is more or less a dating program intended to help interested amzor meet others and form relationships in the hope of increasing amzor pup births. There’d even been an effort to attract amzoric wilderness folk and attempt to integrate them into society. Any ny’kor that happened through were also valuable candidates with the hopes of adding back in ny’kor genes and assisting in reviving the already few in number plated amzor. Many people were paid generous sums to have pups, act as surrogates, and donate sperm. Although pateru were viable candidates, they were introduced sparingly for the sake of conserving amzor genetics without diluting them.

There is a large faction of survivalists who live their lives in the wilds of Serpentis beyond any city, village, or town. The average person has taken to calling them “wilderness folk.” Many of these people were a direct result of the events of Nagis Keb. A large portion of the survivalists have been observed to be amzor. During the Takeover, many city dwelling amzor fled to the wilds which has raised the population of wilderness folk and those that are amzor. Many amzor, especially those with a long family history of wilderness-only living, function on the most basic instincts, aren’t particularly educated or concerned about common society, and were influential to the Light Supremacist concept that amzor were merely savage animals. Unfortunately, wilderness folk were viewed very very poorly during the Takeover and many were murdered for sport by High Seren and those brainwashed by them.

Since a fair number of amzoric people fled to Beross during post-Takeover times, a new variation of amzor have come about. They are still of especially low numbers on Beross and most that exist there are considered part of the wildlife by the natives, unless they happen to live in the only city on the frozen planet. Berossian amzor are not recognized by the Primum Species Association since they are not a species formed on Serpentis, are not in great enough numbers, and very few even exist on Serpentis. 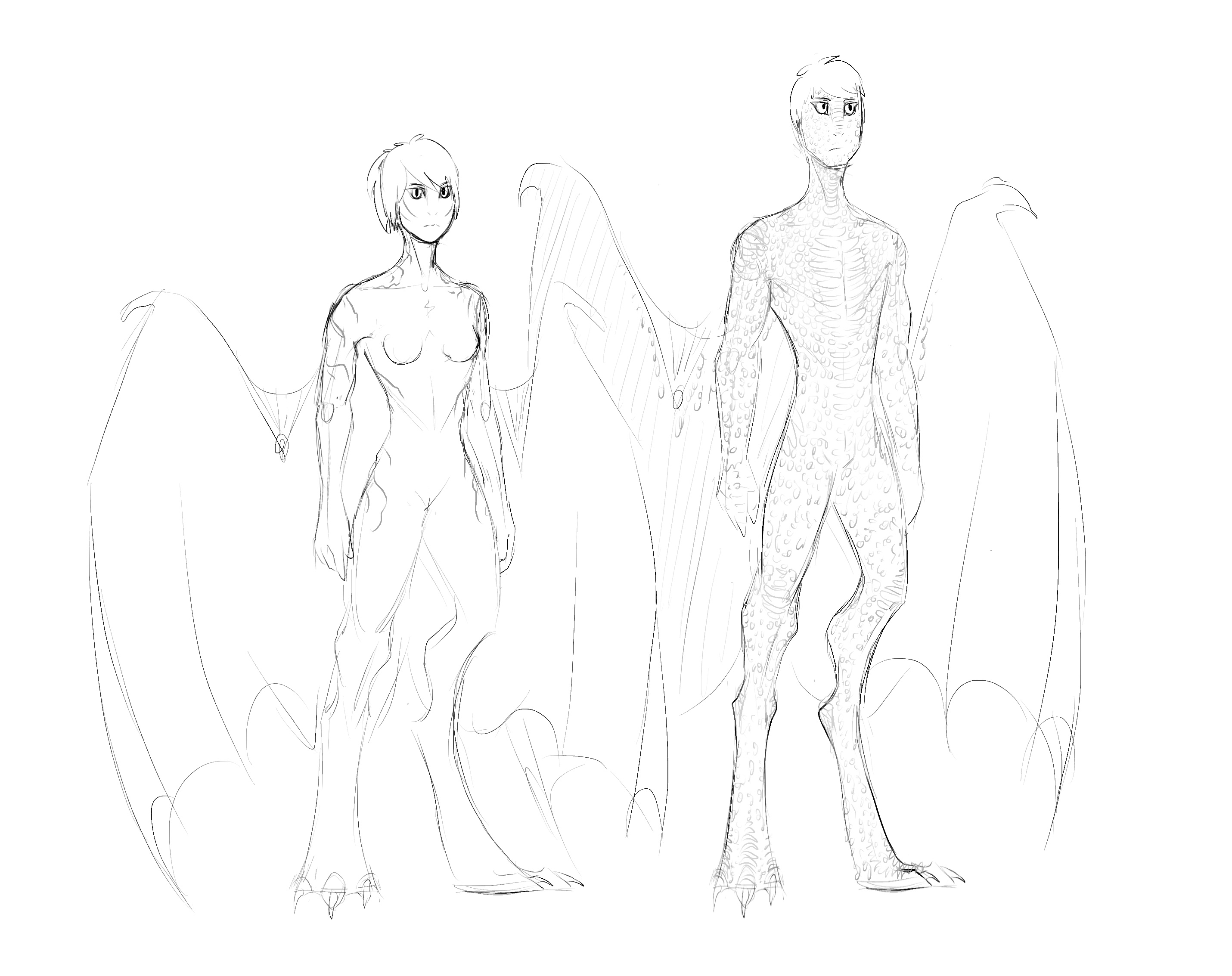 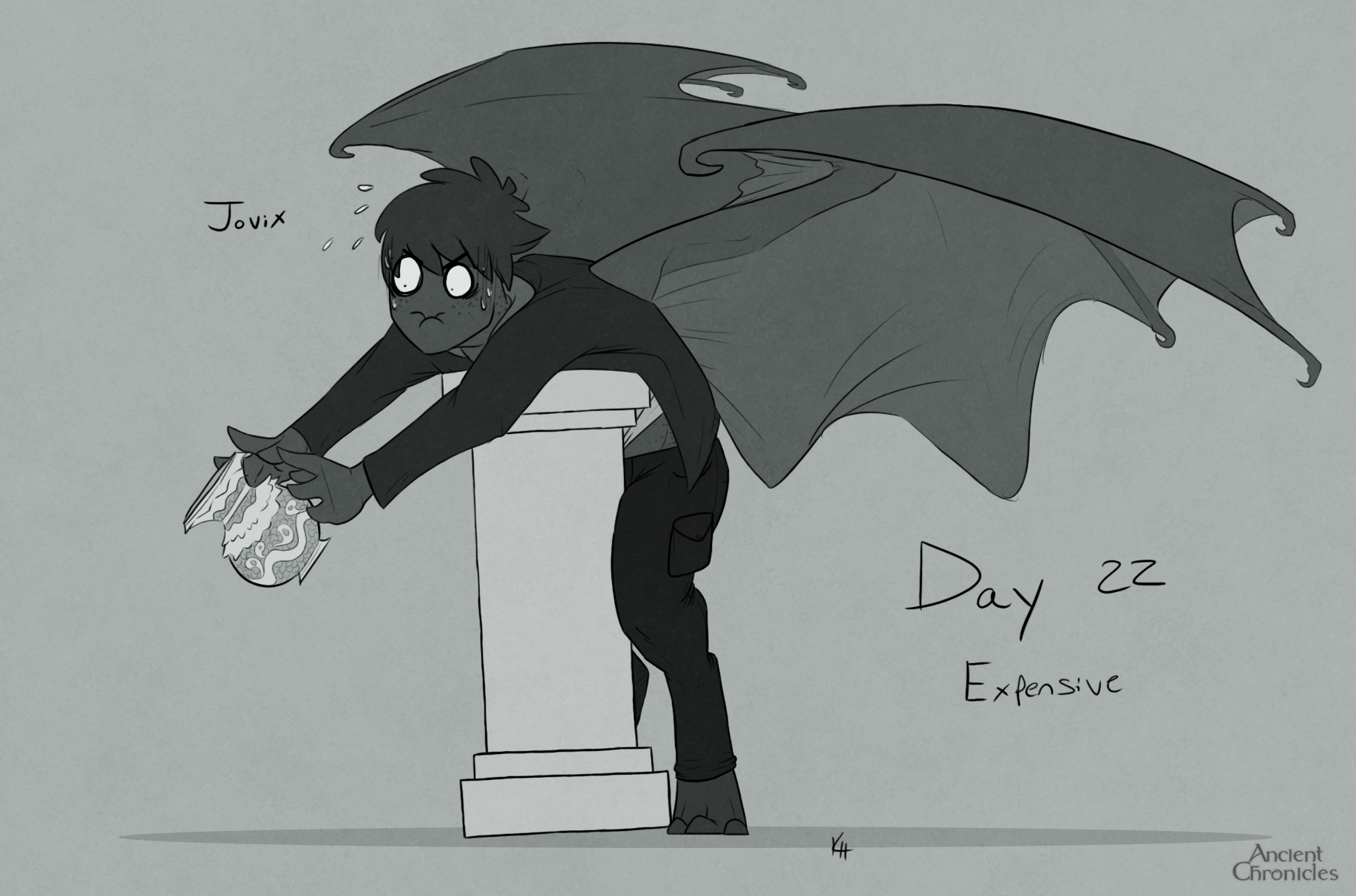